You have reached the cached page for https://www.yugatech.com/advertise/
Below is a snapshot of the Web page as it appeared on 11/25/2021 (the last time our crawler visited it). This is the version of the page that was used for ranking your search results. The page may have changed since we last cached it. To see what might have changed (without the highlights), go to the current page.
You searched for: +yugatech blog We have highlighted matching words that appear in the page below.
Bing is not responsible for the content of this page.
Advertise YugaTech | Philippines Tech News & Reviews

YugaTech offers the most complete and comprehensive gadget reviews (both written and video) as well as an extensive coverage of tech news in the Philippines. 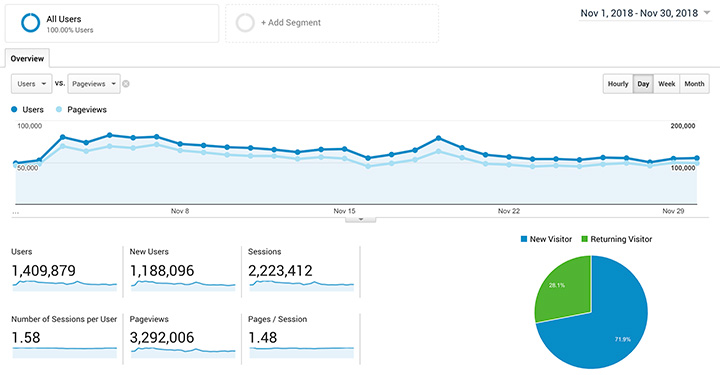 Based on Google Analytics, the site pulled an average of 2.5 million pageviews from 1,100,000 unique visitors in November 2018.

Ad delivery is done using Google Ad Manager (GAM, now DFP or DoubleClick for Publishers) so bookings can be geo-targeted, day-parted and frequency capped according to advertisers’ need. Reports are shared or delivered on a weekly basis.

YugaTech.com, the domain, has been online and running as a blog since October 2002. The blog, however, was relaunched as a technology site in April 2005. The site has been covered as news source, featured in a number of publications and news sites, as well as interviews that include Inquirer.net, Manila Bulletin, Business Mirror, Business World, Manila Standard Today, Sun Star Cebu, ABS-CBN News,Globe Masigasig Magazine, Entrepreneur Magazine, The San Francisco Gate, International Herald Tribune and the New York Times. Partial list of citations can be found at the Press page.

The blogger behind YugaTech is Abe Olandres, commonly known as Yuga. Yuga has been regularly featured/interviewed by several radio and TV shows like ABS-CBN, GMA 7, Studio 23, RPN 9, UNTV, QTV 11, ANC and DZMM.