You have reached the cached page for https://www.fandango.com/movie-news/warner-bros-taps-super-troopers-director-to-helm-yogi-bear-2-722822
Below is a snapshot of the Web page as it appeared on 10/5/2020 (the last time our crawler visited it). This is the version of the page that was used for ranking your search results. The page may have changed since we last cached it. To see what might have changed (without the highlights), go to the current page.
You searched for: +yogi bear 2 release date We have highlighted matching words that appear in the page below.
Bing is not responsible for the content of this page.
Warner Bros. Taps 'Super Troopers' Director to Helm 'Yogi Bear 2' | Fandango 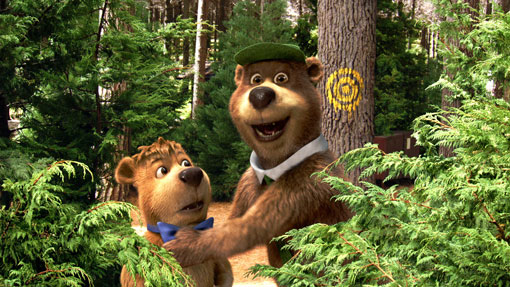 Despite how critically despised the first Yogi Bear movie was, when an animated film can pull in over $200 million worldwide, it's almost certainly guarantees a sequel. Plans for Yogi Bear 2 were announced earlier this year, but more as a potential project than anything else.

According to Deadline, WB has moved forward with the sequel, attaching Super Troopers director Jay Chandrasekhar to rewrite and direct the project, which will almost certainly be in 3D.

Chandrasekhar's most recent film was The Babymakers, starring Paul Schneider and Olivia Munn, though he has spent the bulk of his career directing for television series including Chuck, Psych, Community and Royal Pains.

No release date has been set yet, but we can probably expect the sequel to arrive sometime next year, possibly during the holidays.

Did you see the first Yogi Bear movie? Are you interested in the sequel?

Derrick Deane, Fandango Content Personnel/Movie Blogger, joined Fandango in 2010, bringing more than 10 years of filmmaking and writing experience with him. While The Godfather, Rear Window and 12 Angry Men are all favorites, he will always have a soft spot for Die Hard, Leon: The Professional and B

Next Article by Derrick Deane

Classic Movies to Watch With Your Kids

Disney's 'Mulan': The Biggest Differences Between the Animated and Live-Action Movies