You have reached the cached page for https://www.therichest.com/rich-countries/the-10-richest-countries-in-the-world/
Below is a snapshot of the Web page as it appeared on 9/26/2021 (the last time our crawler visited it). This is the version of the page that was used for ranking your search results. The page may have changed since we last cached it. To see what might have changed (without the highlights), go to the current page.
You searched for: +why is luxembourg the richest country in the world We have highlighted matching words that appear in the page below.
Bing is not responsible for the content of this page.
The 10 Richest Countries in the World | TheRichest
By Sammy Said Published Jun 20, 2013
Share Tweet Email

The International Monetary Fund (IMF) has recently come up with a list of the world’s wealthiest countries. A question to ask is how a country is considered wealthy? The answer: GDP also known as gross domestic product.

The GDP is the perfect indication of a country’s wealth because it measures the market value of all that a country can produce. And with that, it can be assumed that the country has a high quality of life and that its citizens are well taken care of.

Here is a look at the 10 wealthiest countries and an idea of the kind of life that typical citizens live.

Singapore may be the smallest country in Southeast Asia but its size did not stop it from flourishing and being recognized as the largest high technology and financial center in that region.

Its economy is known for being the most competitive and business friendly market in the world. It is also highly dependent on exports as well as imported goods. It ranks #14 in exports and #15 for imports. Due to its market’s efficiency, it was given AAA credit rating by the biggest and most popular rating agencies.

Tourism is also a factor that contributes to the country’s economy. Singapore attracts millions of tourists yearly. And since the trend began in the early 2000’s, the government decided to legalize gambling, which is why integrated resorts (which have casinos) were allowed to be built.

The northern American country of Canada made it to the top nine wealthiest countries, far from its neighbor the U.S.A. Since it is ranked as the 11th highest in human development, there is no doubt that Canada makes a good country to live in.

Having a high ranking in human development means that the children born there are assured of a good and secure future. It also means that the education is of high quality and the standards of living are pretty high. This suggests that the impact of economic and political policies on its citizens are effective in giving them a quality life.

The Kingdom of Denmark has one of the most powerful economies in the world. It is known for having the freest labor market in all of Europe. There is flexibility and security within the workforce because of its efficient business ethics. In fact, Europeans believe that the best place to do business is in Denmark. It can be accomplished within hours at a very low cost.

As a supporter of free trade, the citizens of Denmark believe that globalization is good. This common belief among its people has put Denmark in the 9th place in terms of export per capita. Its main exports include industrial goods (produced and manufactured), agricultural products, and pharmaceuticals.

The engineering industry is big in Sweden. It is responsible for why the economy is doing so well. Aside from that, trade is also an important factor which contributes to the economy’s success. Since Sweden is rich in iron, hydropower, and timber, it can easily engage in foreign trade. The sectors of telecommunications, pharmaceuticals, and the automobile industry also help power this nation’s strong economy.

The first thought that comes into mind when UAE is mentioned is oil. And that may be true as petroleum and natural gas both contribute to the country’s economy. However, this country is trying hard to look for other ways to let their economy grow aside from oil production.

Tourism is what helped this country survive the financial crisis, which happened somewhere in 2007 to 2009. Ever since the UAE began diversifying its economy, it was back on top and is now the sixth wealthiest country.

Australia has been known for having a growing economy. In fact is has been growing for the last twenty years or so. For a land mass as big as Australia’s with only 23 million people living in it, then there is no wonder why its economy is doing so well. Australia is known for having a big service industry which has employed many of its citizens.

As the world’s 12 largest economy, Australia can attribute that to the goods it exports. Australia values commodities more than manufactured goods. Among the developed countries, it is the only one that did not experience any troubles during the financial crisis of 2008 and 2009 although Australia was still somewhat affected because the countries which were affected are the ones that were involved with its trade.

Switzerland is one of the best examples of a strong economy because of protectionism. It decided to protect its economy by having very high tariffs, which is what strengthened the local economy. That coupled with Switzerland’s subsidized agriculture is what further propelled its local industry to continue producing.

Qatar has an edge over many other countries because of its small size and its large oil reserves. Since 13% of all natural gas reserves are in Qatar, the country is safe and secure from having any financial difficulties in the next century or so. This is also the reason why the taxes in Qatar are quite low. Its economy relies heavily on foreign labor as most of its workforce is comprised of migrant workers.

Norway is known for being the country with the highest living standards. Its economy is fueled by gas and oil imports which not only makes it very stable and efficient but will also help Norway be one of the richest countries for many more years to come.

Petroleum is one of the main reasons why Norway is so wealthy but even without oil, it would heavily rely on its fishing, mining, and hydropower industries. Norway has one of the lowest unemployment rates in the world, which makes it a very productive country. The benefits of its productivity and wealth has provided Norway’s citizens with free health care.

What makes Luxembourg’s economy so stable is its moderate growth, low inflation rates, and a high level of innovation. The industry sector has helped this economic boom. It began with steel but later on diversified and included other products such as chemicals and rubber.

Services in banking and finance has also helped the economy boom even though the production of steel has become quite low compared to when it began. The banking industry is what makes Luxembourg a popular place for investments and has landed it as the richest country in the entire world.

Share Tweet Email
Next Living Less? 10 Celebrities Who Left Hollywood For a Normal life
Related Topics
About The Author 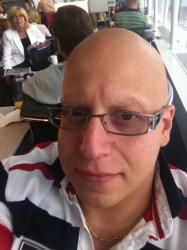 Sammy is a real estate tycoon but is also a fanatic of editorial production. Having managed a powerhouse content production team in the past, he launched TheRichest as a passion project.

Hollywood Outcasts: 10 Stars Who Have Been Blacklisted By Hollywood

An Intelligent Investor: The Diverse Business Ventures Of Kate Hudson

Behind The Scenes: 11 Richest Producers Of Hollywood In 2021

Kate Hudson Gets Engaged To Danny Fukijiwa, Shows Off Her Enormous Diamond Ring

After Life: Twelve Celebrities Who Continue To Earn Millions Posthumously

How Stephen King Frightened His Way Into History

10 Celebrities Who Support The Free the Nipple Movement

10 Celebrities That Are Worth Far Less Than You Think

Scarlett Johansson Vs. Disney: How Much Would The Actress Make If She Wins The Lawsuit?