You have reached the cached page for https://www.bustle.com/articles/192399-the-hot-dad-in-bad-moms-crushes-gender-stereotypes-but-star-jay-hernandez-gives-women-all
Below is a snapshot of the Web page as it appeared on 5/1/2021 (the last time our crawler visited it). This is the version of the page that was used for ranking your search results. The page may have changed since we last cached it. To see what might have changed (without the highlights), go to the current page.
You searched for: +who plays jessie's dad on jessie We have highlighted matching words that appear in the page below.
Bing is not responsible for the content of this page.
The Hot Dad In ‘Bad Moms’ Crushes Gender Stereotypes, But Star Jay Hernandez Gives Women All The Credit 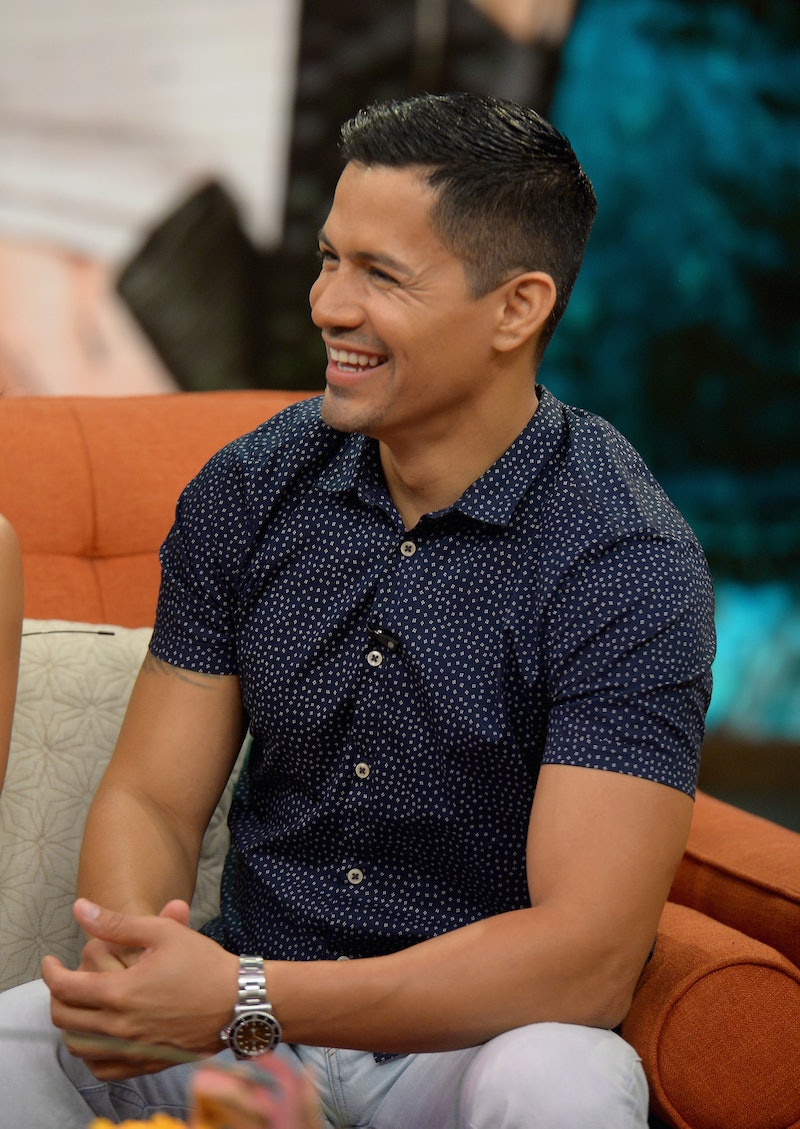 It's not often you see an actor in Hollywood embrace a character so intrinsically tied up in negative female stereotypes that it makes for an interesting role reversal. For Jay Hernandez, who plays hot dad Jessie in Bad Moms , it was precisely that kind of discomfort that drew him to the film. "Jessie was a character I had never done before, and it was a new kind of experience," Hernandez recently told Bustle in an interview. In playing Jessie, Hernandez not only supported this film's feminist repositioning of outlandish male-driven comedies, but he also subverted a rather annoying female archetype in film: the "hot girl." Yes, the archetype is as gross as it sounds.

In Bad Moms, Jessie is your classic hot dad: clean cut, dedicated to his kids, and hard-working. As a hot dad, though, the single biggest selling point for Jessie's existence in the film is that he's so damn good-looking that he helps working mom Amy get her groove back. Jessie's role turns out to be a spin on the more classic "hot girl" stereotype. These women often play love interests who stay on the periphery. They're attractive, often getting objectified for their sex appeal, and, in the end, only serve to help the (typically) male protagonist's own development rather than get any of their own.

For Hernandez, who is more used to horror and action film environments, taking the backseat in such a candid, objectifying manner initially left him uneasy. "I had doubts as to whether or not I would be able to sell that," he says. "That’s kind of the idea behind choosing characters, you know? You want to stretch yourself and be uncomfortable sometimes and just try to work. That’s how you grow, right? ...It was a challenge. [But] once I got settled in, it was great."

To his credit, Hernandez fulfills the duties of his otherwise stereotypical role so well so that it's easy to forget he's primarily there to be eye candy. Rather, he's able to infuse Jessie with some tenderness and humanity, allowing the "hot girl" archetype to get worn down into a real character. In the case of women who have played this role in comedies, the "hot girl" archetype is underwritten and often underdeveloped, leaving the actress to act as fodder for the male gaze: oversexed bodies with a specific, single-use purpose in mind. In Bad Moms, Jessie is written in such a way that, yes, he has his sexy moments, but, in reality, he's also given a lot of heft to his character.

In one of the first scenes, Vicky (played by Annie Mumolo) remarks that Jessie is a widower. It's a throwaway line, but it directly colors how we view Jessie from there onwards. He's cast in a more sensitive light and softened around the edges so that, by the time we see him later chatting to Amy in a crowded bar, he's not some cad trying to have a one-night stand with Amy. Instead, he's a genuinely sweet guy trying to connect with someone after losing the love of his life.

In real life, Hernandez is neither a widower nor a father. But, interestingly, there was still a way for him to connect to the role that helped soften his performance. "You have a respect for women, and you have a love for children... I have a really big family, so I’ve grown up around kids. All my siblings have babies. I’ve been around them forever, so I get it," he says. "I think there’s a sort of a kindness to him that is part of who I am."

The actor's own instilled values of respect for women and children shine through when he plays Jessie. Sure, he's an attractive dude there to make you swoon but dammit if he isn't a genuinely kind guy, too. Isn't that what we want from even the most one-dimensional characters, especially the ones so distinctly gendered?

If there's one thing his experience in Bad Moms helped bring to light, it's Hernandez's own recognition that mothers today are not treated as kindly as fathers are. "Now, it’s obviously acceptable for women to be in the workplace where it wasn’t many decades ago, and so now women are left with that quandary of 'Do I pursue a career? Do I raise my children?'" he says. "There’s a lot of pressure on women, and I think that’s why people responded to the movie so much. [Women] really are expected to do everything. We don’t give them enough credit."

Indeed, we don't give women — working mom or not — enough credit for the choices they regularly make, especially where their families are concerned. Hernandez's role as Jessie not only highlights that parenthood is not a gendered experience in the modern world, but also highlights that the pressures of being a flawless parent still often fall squarely on the shoulders of women. In that way, not matter of much we want to pigeonhole Jessie as just a hot love interest in Bad Moms, he is slyly challenging how we consider modern mothers, and the men who support them, every day.