You have reached the cached page for https://www.traileraddict.com/the-hollars/trailer
Below is a snapshot of the Web page as it appeared on 11/18/2021 (the last time our crawler visited it). This is the version of the page that was used for ranking your search results. The page may have changed since we last cached it. To see what might have changed (without the highlights), go to the current page.
You searched for: +who is the director of the hollars movie trailer We have highlighted matching words that appear in the page below.
Bing is not responsible for the content of this page.
The Hollars Trailer (2016)

John Hollar, a struggling NYC artist is forced to navigate the small middle-American town he left behind when news of his mother's illness brings him home. Back in the house he grew up in, John is immediately swept up in the problems of his dysfunctional family, high school rival, and an over-eager ex-girlfriend as he faces impending fatherhood with his girlfriend in New York. From a script by Jim Strouse that is at turns hilarious and heartbreaking, John Krasinski's second directing feature is a poignant look at the bonds of family and friendship.

The Hollars marks the return of John Krasinski to directing features. The actor, who even directed a few episodes of The Office, helmed his first feature in 2009 with Brief Interviews with Hideous Men.

Though scenes involving an airport only represent about ten minutes of the film's running time, it took nearly a day's worth of time to get those ten minutes in the can.

The film premiered at the 2016 Sundance Film Festival, where it received mixed reviews. That didn't stop Sony Pictures Classics, however, as the distributor picked up the film the same day it screened. 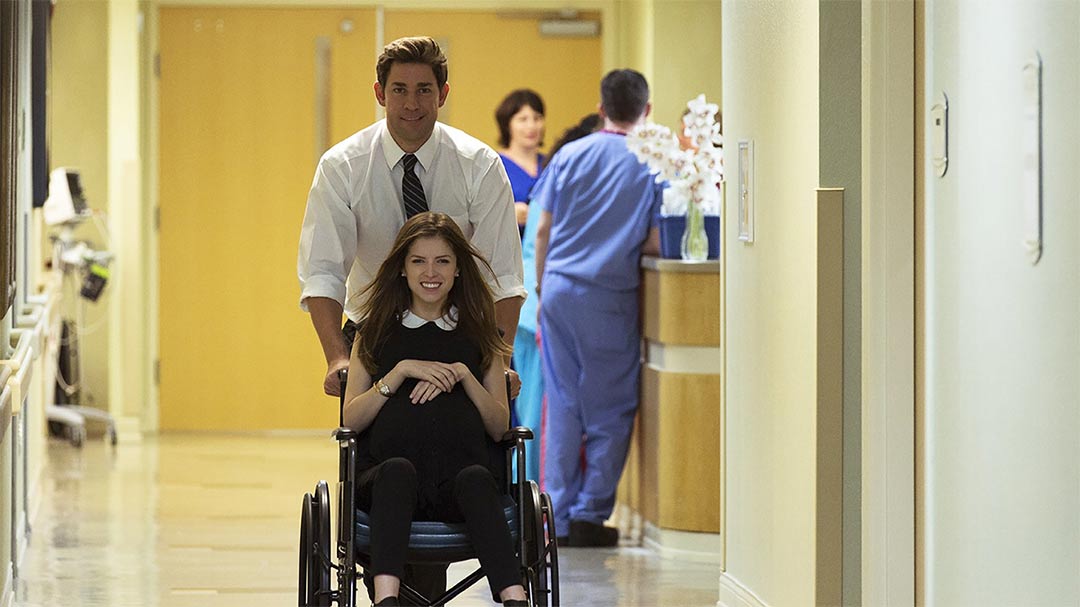 The trailer for The Hollars opens on an awesome note. When you squeeze Krasinski, Copley, Jenkins, Park and Martindale in a hospital room, magic is bound to happen. I couldn't help but laugh when symptoms of cancer are blamed on a "weight thing." Classic.

The rest of the trailer gets a bit more dramatic after that, leaving the audience to ponder this incredible ensemble cast. To top it off, you have District 9's Sharlto Copley, who looks perfectly comfortable getting away from his more eccentric roles to do a dramedy. That guy continues to impress, but I digress...

While The Hollars looks like a respectable drama, I can understand why Sony Pictures Classics picked it up for a limited theatrical release. The film's cast is strong, sure, but the story might not be enough to bring out the audiences in droves. I myself will hold out for a premium network viewing.