You have reached the cached page for https://www.thewrap.com/extended-family-comedy-from-eddie-gorodetsky-in-development-at-cbs/
Below is a snapshot of the Web page as it appeared on 1/4/2021 (the last time our crawler visited it). This is the version of the page that was used for ranking your search results. The page may have changed since we last cached it. To see what might have changed (without the highlights), go to the current page.
You searched for: +who is eddie gorodetsky We have highlighted matching words that appear in the page below.
Bing is not responsible for the content of this page.
'Extended Family' Comedy From Eddie Gorodetsky in Development at CBS 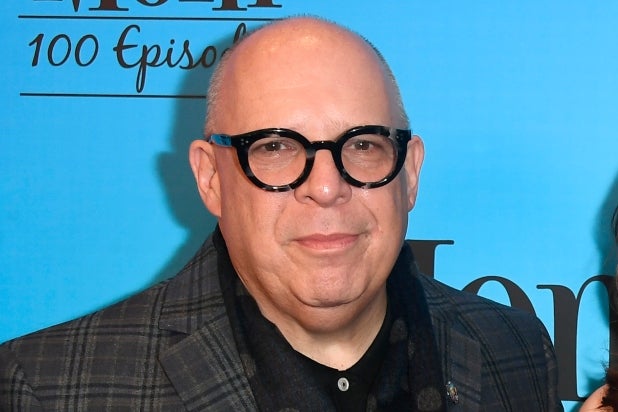 Eddie Gorodetsky, a producer and writer who has long worked closely with Chuck Lorre, is striking out on his own with a multi-camera comedy series in the works at CBS.

“Extended Family” is described by the network as an unconventional family ensemble comedy. Written and produced by Gorodetsky along with Warner Bros. TV, it follows a brother and sister who are at ground zero when a family secret sends shock waves through an already dysfunctional family.

Gorodetsky most recently co-created the freshman CBS series “Bob ♥ Abishola” along with Lorre, Gina Yashere and Alan J. Higgins. Prior to that, he’s worked with Lorre almost exclusively for 20 years. He, Lorre and Gemma Baker co-created “Mom,” which stars Allison Janney and Ana Faris on CBS. Gorodetsky also worked on several of Lorre’s hit series, including “The Kominsky Method,” “Two and a Half Men,” and “The Big Bang Theory.” Gorodetsky has also written episodes of “The Fresh Prince of Bel-Air,” “Dharma & Greg,” “Brotherly Love,” “Saturday Night Live,” “SCTV Network” and “Late Night with David Letterman.” His producer credits also include “Family Affair,” “Greetings From Tuscon,” “The Wayans Bros,” and “Hitz.”

Gorodetsky has also had small acting roles in several of these series, including episodes of “Two and a Half Men,” “Brotherly Love,” and “The Fresh Prince of Bel-Air.”

Deadline was first to report the news.

To continue reading for free, provide your email below. Enjoy!
x
While you
snooze,
we news.
Wake-up with