You have reached the cached page for https://www.amazon.com/Hanna-Barbera-Treasury-Jerry-Beck/dp/1933784288
Below is a snapshot of the Web page as it appeared on 11/28/2020 (the last time our crawler visited it). This is the version of the page that was used for ranking your search results. The page may have changed since we last cached it. To see what might have changed (without the highlights), go to the current page.
You searched for: +who bought hanna-barbera book We have highlighted matching words that appear in the page below.
Bing is not responsible for the content of this page.
The Hanna-Barbera Treasury: Beck, Jerry: 9781933784281: Amazon.com: Books

Track your books
Bring your club to Amazon Book Clubs, start a new book club and invite your friends to join, or find a club that’s right for you for free.
Explore Amazon Book Clubs
Flip to back Flip to front
Listen Playing... Paused   You're listening to a sample of the Audible audio edition.
Learn more
See this image 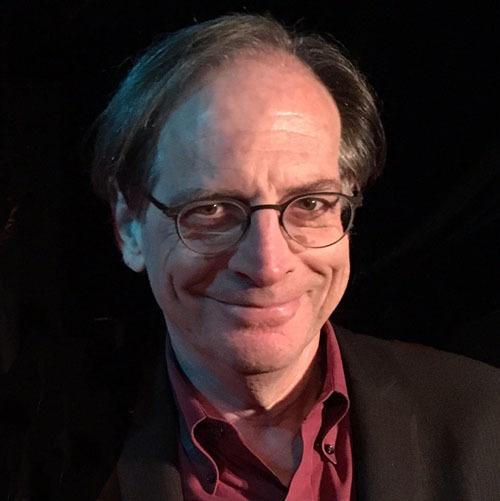 CHOKING HAZARD -- Small parts. Not for children under 3 yrs.

Animation expert JERRY BECK is the author of 10 books on animation and the cinema, including Looney Tunes: The Ultimate Guide and The 50 Greatest Cartoons. He is a frequent contributor to Leonard Maltin's Movie and Video Guide, as well as such popular magazines as Variety, Holywood Reporter, and the online Animation World Magazine. He lives in Los Angeles, CA.

Tell the Publisher!
I'd like to read this book on Kindle

4.4 out of 5 stars
4.4 out of 5
25 global ratings
How are ratings calculated?
To calculate the overall star rating and percentage breakdown by star, we don’t use a simple average. Instead, our system considers things like how recent a review is and if the reviewer bought the item on Amazon. It also analyzes reviews to verify trustworthiness.

geatornez82
4.0 out of 5 stars HB At It's Best
Reviewed in the United States on September 24, 2008
Verified Purchase
This is really a good book. It's informative, it's fun to look at, and there are neat little surprises here and there. What I really loved about this book was some of the old story boards, character sketches, and production materials. Most HB books have screen shots from the cartoons. There was only one thing I didn't like about it, and it's really just me being picky. The section on "Frankenstein Jr. & The Impossibles." The Impossibles is one of my favorite HB cartoons, and the lack of "fun stuff" (storyboards, character sketches, etc.) really got to me. It was mostly Frankenstein Jr. "fun stuff" and two pics of the Impossibles at most.

But like I said, that's just me being nitpicky. Other than my personal preference, this was an interesting book.

EasternShoreGal
5.0 out of 5 stars Lovely Book
Reviewed in the United States on September 29, 2014
Verified Purchase
My Hanna Barbera Treasury arrived in a timely fashion. It came packed in premium packaging with protective padding. All pages and inserts intact. No marks, like new. This is a colorful very entertaining book. I feel the same pleasure that I felt as a child watching the cartoons when I look at this book.Very satisfied toonhead.
Read more
2 people found this helpful
Helpful
Comment Report abuse

D. Carlisle
5.0 out of 5 stars Hanna Barbera Treasury Is Just That
Reviewed in the United States on December 22, 2010
Verified Purchase
I waited anxiously for this book to arrive because I am a lifelong fan of so many of these characters. I remember the very early days watching Huckleberry Hound and later The Flintstones.
There is no way to remember my childhood without the characters that live inside this book. The warm memories and the fantasatic format make this a work of love to be cherished forever!

I became an artist because of Hanna Barbera if you are a fan you want this book! All the little surprises tucked inside make it a joy with every viewing. Thankfully Boomerang continues to showcase these childhood heroes and I am hoping to see Warner Brothers to give these cartoons the respect they deserve by making new cartoons starring them. Until then I will be inside this book as often as I can.

MIKE JACOBSEN
5.0 out of 5 stars Awesome
Reviewed in the United States on April 1, 2014
Verified Purchase
If Your A Fan Get This Book. It Includes So Many Reproduction Of Souveniers At The Time Its Worth It For That Alone. Simply A Amazing Book.
Read more
Helpful
Comment Report abuse

roger from Michigan
5.0 out of 5 stars More than just a book, Its full of hidden treasures
Reviewed in the United States on December 28, 2010
Verified Purchase
This book has to be the greatest book I have ever purchased.

It not only covers all the different kinds of Hanna Barbera characters,
but it has all kinds of extra treasures.

I would highy recommend.

daniel Schier
2.0 out of 5 stars Could've been better
Reviewed in the United States on February 23, 2016
Verified Purchase
I was hoping for more artwork on the most popular shows, instead they littered the book with a bunch of stuff taped/glued to the pages.
Read more
One person found this helpful
Helpful
Comment Report abuse
See all reviews

francesco buzzi
5.0 out of 5 stars The Hanna & Barbera's touch
Reviewed in the United Kingdom on February 25, 2013
Verified Purchase
This artbook for me is like a brick that made complete the great wall of animation television's history. It's like a great ride of colours that shows an extraordinary sequence of pieces of art: chara model sheets, scketch drawings, advertising photographs, action figures and all the various types of memorabilia produced during the years around the pleasants characters that were born from the genial brains of Hanna & Barbera. Everybody who has loved this world full of ideas, amusing side and adventures cannot miss this item!
Read more
One person found this helpful
Report abuse

Wendy
5.0 out of 5 stars You'll Kick Yourself For Not Buying This Book
Reviewed in Canada on April 26, 2012
Verified Purchase
There are some negative comments about this book, but let me assure you that the positives far outweigh the negatives! You can't fully appreciate how spectacular this book is until you are holding it in your hands. For starters, it is a very impressive size, measuring 11.5" x 10.5" x 1". It covers the most popular of Hanna Barbera's cartoon roster, as well as a few possibly lesser know characters too. Best of all, it is chock full of fantastic extras: mini comics, animation cells, paper masks, removable story boards, flip books, cards, little colouring books, character designs, etc. The pages are nice and thick, the pictures vibrant and colourful. There are photos of rare memorabilia, promotional designs, scripts and advertisments, as well as pictures of the amazing people who voiced our favourite characters. You will want to spend hours just looking through this masterpiece. The perfect addition to any library, whether you are a die hard fan or just a casual observer. Well worth the price!
Read more

Page 1 of 1 Start overPage 1 of 1
This shopping feature will continue to load items when the Enter key is pressed. In order to navigate out of this carousel please use your heading shortcut key to navigate to the next or previous heading.
Back
Next
Pages with related products. See and discover other items: history of animation