You have reached the cached page for https://hennesy.cc/55-kviff-winners-and-prizes-at-the-karlovy-vary-international-film-festival-2021/
Below is a snapshot of the Web page as it appeared on 10/24/2021 (the last time our crawler visited it). This is the version of the page that was used for ranking your search results. The page may have changed since we last cached it. To see what might have changed (without the highlights), go to the current page.
You searched for: +which is the grand prize of the czech film festival karlovy vary We have highlighted matching words that appear in the page below.
Bing is not responsible for the content of this page.
55. KVIFF WINNERS AND PRIZES AT THE KARLOVY VARY INTERNATIONAL FILM FESTIVAL 2021 - HENNESY.CC

As Far as I Can Walk, a humanistic story on the need to find one’s place in the world and about a love whose deepest proof may be the most painful, won the Crystal Globe, the main prize of the Karlovy Vary IFF. It also received the 55th year’s prize for best actor Ibrahim Koma, and a Special Mention for director of photography Jelena Stanković.

“I couldn’t be more surprised. Thank you to the festival – it’s great to be in the cinema again. Ethan Hawke thanked his wife, so I want to thank mine as well, the film’s cinematographer. I also thank the producers – we had to collect money from five countries. And above all I want to thank our actors, they were simply wonderful. It’s an honour to receive this award here, because Czech films really always influenced me, the ones from the Czech New Wave and those by Jan Svěrák,” said Stefan Arsenijević in thanks, having based his new work about two African immigrants in Serbia on a medieval Serbian poem.

The Special Jury Prize for the first Karlovy Vary festival where documentary films were included alongside feature films in the main competition, went to the documentary Every Single Minute. In it, Erika Hníková follows a Slovak couple who decided to bring up their child according to Kamevéda, a complex approach to developing the child’s motor abilities and intellect.

German Dietrich Brüggemann was declared best director for his new work Nö and the best actress was Éléonore Loiselle from the Canadian drama Wars. British actor Vinette Robinson earned a Special Mention for her role as a chef in the film Boiling Point, and the third Special Mention went to the Croatian film The Staffroom.

The second competition section East of the West was won by Nuuccha, a suggestive Yakut drama on the consequences of colonisation and forced assimilation of nations within Tsarist Russia. The jury awarded its Special Prize to the film Sisterhood and Special Mention to the Czech documentary Intensive Life Unit. The Právo Audience Award went to the opening film of the 55th KVIFF Zátopek, which has been showing at Czech cinemas since Thursday.

GRAND PRIX – CRYSTAL GLOBE (25 000 USD)
The financial award is shared equally by the director and producer of the award-winning film.
As Far as I Can Walk / Strahinja Banović
Directed by: Stefan Arsenijević
Serbia, France, Luxembourg, Bulgaria, Lithuania, 2021

BEST ACTOR AWARD
Ibrahim Koma for his role in the film As Far as I Can Walk / Strahinja Banović
Serbia, France, Luxembourg, Bulgaria, Lithuania, 2021

SPECIAL JURY MENTION
Jelena Stanković for cinematography in the film As Far as I Can Walk / Strahinja Banović
Serbia, France, Luxembourg, Bulgaria, Lithuania, 2021

David Ondříček’s fascinating drama presents the life of the famous Czech endurance runner and Olympic champion Emil Zátopek, a man who, with impressive nonchalance, pushed the boundaries of human possibilities and took his place alongside other greats who transformed athletic competitions into unforgettable stories.

EAST OF THE WEST COMPETITION

EAST OF THE WEST GRAND PRIX (15 000 USD)
The financial award is shared equally by the director and producer of the award-winning film.
Nuuccha
Directed by: Vladimir Munkuev
Russia, 2021

EAST OF THE WEST SPECIAL JURY PRIZE (10 000 USD)
The financial award is shared equally by the director and producer of the award-winning film.
Sisterhood / Sestri
Directed by: Dina Duma
North Macedonia, Kosovo, Montenegro, 2021

Twenty-six years after his Crystal Globe for the film The Ride, Jan Svěrák received a Festival President’s Award from the Karlovy Vary Festival for his contribution to Czech cinematography. “I don’t know exactly what I contributed to Czech film, but I know exactly what Czech film contributed to me. A lot of passion, joy, emotion. Friends, colleagues and audiences, all of them together for me make up what we call Czech cinematography. I’m glad that I can take the prize from a wise and kind President. Not all festivals, nor even some countries, have such a President,” stated the director after accepting the statue from Jiří Bartoška.

At the end of the ceremony, Ethan Hawke also came up for his President’s Award. “It’s a great honour to be here with you. When I asked Richard Linklater what he knew about this festival, he told me that what separates this from other festivals is the audience, which really loves film. I saw and felt the same thing here, as well. The Czech culure community is intelligent and inspired me as an artist. I want to share this award with a person who is my artistic partner, my wife Ryan Hawke, who produces the films in which I act and who reads all my scripts. I love you,” exclaimed the American actor, screenwriter, director and writer.

EUROPA CINEMAS LABEL AWARD
For the best European film from the Crystal Globe Competition and East of the West Competition.
As Far as I Can Walk / Strahinja Banović
Directed by: Stefan Arsenijević
Serbia, France, Luxembourg, Bulgaria, Lithuania, 2021

KVIFF EASTERN PROMISES WINNERS: WORKS IN PROGRESS, WORKS IN DEVELOPMENT – FEATURE LAUNCH AND FIRST CUT+ AT KARLOVY VARY IFF 2021
Due to the situation related to Covid-19, the projects selected for KVIFF Eastern Promises 2021 were presented online before the festival, from July 28 to August 12. A total of 29 projects were showcased across 3 programs.
WORKS IN PROGRESS
Works in Progress is a platform for feature films in post-production or late production stage from Central and Eastern Europe, the Balkans, ex-USSR countries, the Middle East and North Africa, which will premiere after the Karlovy Vary IFF. For the very first time this year, Works in Progress 2021 has merged fiction and documentary films under one program, and a total of 12 projects were pitched. The winner was awarded a prizeconsisting of post production services from UPPand Soundsquare Furthermore, two projects were awarded 5.000 EUR each for their further development, sponsored respectively by TRT and KVIFF.

WORKS IN DEVELOPMENT – FEATURE LAUNCH (10.000 EUR)
For this KVIFF & MIDPOINT Development Award, KVIFF has partnered with the Midpoint Institute script and project development program as well as with the When East Meets West co-production market and Trieste Film Festival. Together they have showcased 9 projects from Central and Eastern Europe that have gone through development and mentoring within the Feature Launch 2021 program. The jury has awarded a 10,000 EUR cash prize for further development of the project.
Head Nurse / Sestra Hana (Czech Republic)
Directed by: Jan Vejnar
Producer: Kamila Dohnalová
Screenwriter: Jan Vejnar, Václav Hašek


STATISTICS OF THE 55TH KARLOVY VARY IFF 2021
The 55th Karlovy Vary IFF 2021 was attended by 9267 accredited visitors. Of that number 7851 had Festival Passes, 338 were filmmakers, 601 accredited film professionals, and 477 journalists. There were a total of 456 film screenings and total of 111 203 tickets were sold. A total of 144 films were shown: 122 feature films and 22 documentary films. 29 films received their world premiere, while 12 had their international premiere and 2 their European premiere. 149 screenings were personally presented by delegations of filmmakers. 90 Press & Industry screenings were held. The KVIFF Eastern Promises presentations were attended online by 288 buyers, distributors and dramaturgs who chose from 29 films in development. 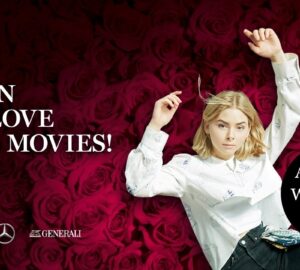 THE AWARD WINNERS OF THE 17TH ZURICH FILM FESTIVAL 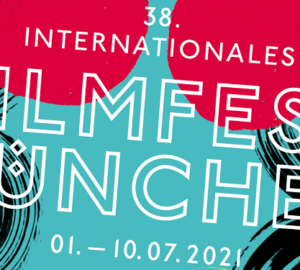 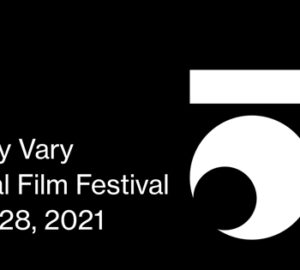 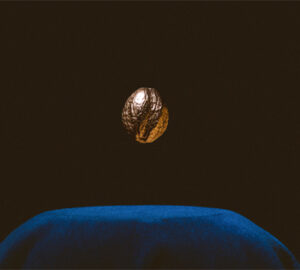 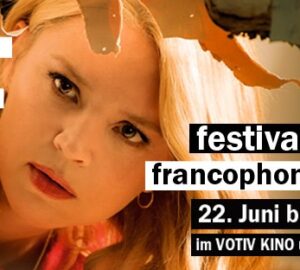