You have reached the cached page for https://www.archyde.com/border-opening-can-i-go-to-denmark-questions-and-answers/
Below is a snapshot of the Web page as it appeared on 9/2/2021 (the last time our crawler visited it). This is the version of the page that was used for ranking your search results. The page may have changed since we last cached it. To see what might have changed (without the highlights), go to the current page.
You searched for: +what is the origin of denmark border crossing from usa We have highlighted matching words that appear in the page below.
Bing is not responsible for the content of this page.
Border opening: Can I go to Denmark? - Questions and answers - Archyde Skip to content 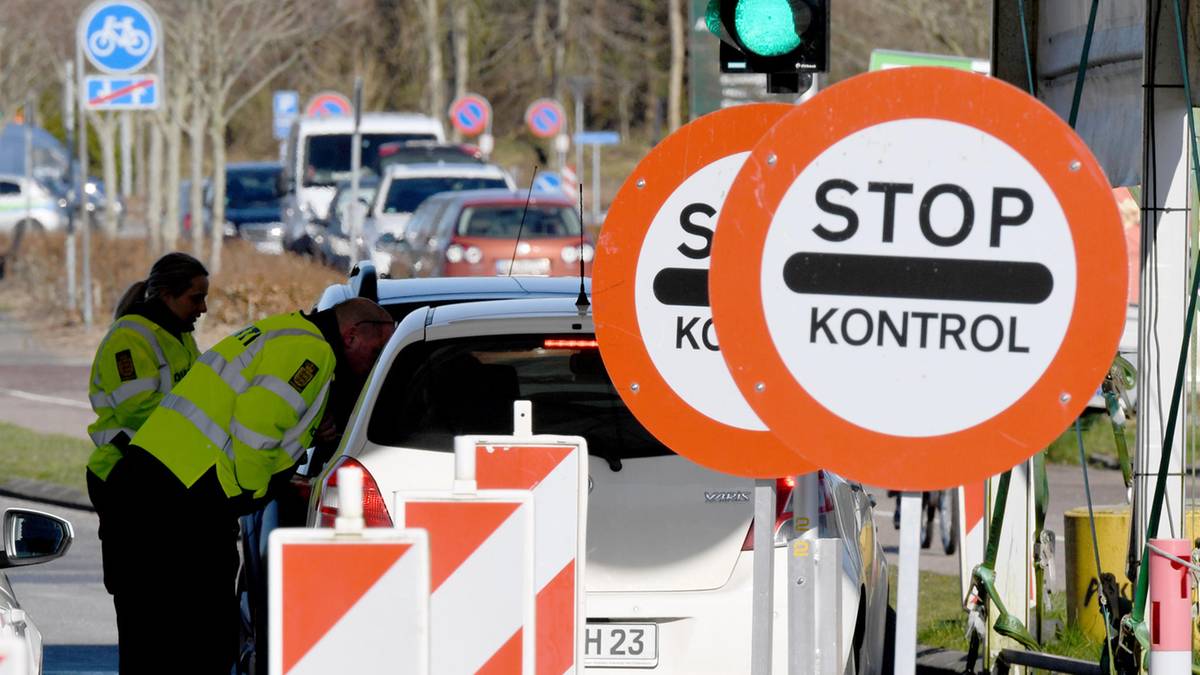 Schleswig-Holstein’s Prime Minister Daniel Günther (CDU) has agreed with Federal Minister of the Interior Horst Seehofer (CSU) that the border with Denmark will gradually open from mid-May. “We spoke on the phone today and agreed to develop a concrete timetable in which steps the border with Denmark can be opened from May 15 at the latest,” Günther told the German Press Agency on Monday. “This should be specified in the coming days.” What these steps could look like is not yet known.

Günther had already announced on Thursday after the Prime Minister’s discussions with Chancellor Angela Merkel (CDU) that she would work for further loosening on the border with Denmark in the coming round on Wednesday. According to the Flensborg Avis newspaper, Daniel Günther took the initiative to reopen after the Danish minority party in South Schleswig, the South Schleswig Voters’ Association (SSW), exerted pressure last week on the government of Kiel to open negotiations on the reopening in Berlin.

Who can go to Denmark? The most important questions and answers

Meanwhile, Seehofer has extended controls at the German borders due to the coronavirus pandemic until mid-May. As the Federal Ministry of the Interior announced on Monday evening, travelers from Austria, Switzerland, France, Luxembourg, Denmark, Italy and Spain are still affected by the controls. The border controls that were temporarily reintroduced in March and initially extended until April 4 in April are now to remain in force for another ten days until May 15. Seehofer had already informed the EU Commission and his ministerial colleagues in the EU about his decision.

But what would the opening of the border between Denmark and Germany mean? The most important questions at a glance:

Who would the border opening concern?

Can I currently travel to Denmark?

Basically: No – there are exceptions. Denmark closed its borders on March 14 and introduced controls. An entry stop applies. According to the Danish authorities, travelers must expect to be rejected at the borders – even at the airports – if there are no important reasons. According to the Danish police, foreign travelers who have typical corona symptoms are also rejected.

The opening of the border from the German side means that entry from Denmark to Germany is made possible. The local authorities and, in individual cases, the border officials still decide whether Denmark will allow someone to enter the country. Border controls for entry still exist on the Danish side. According to the authorities, these are initially valid until May 10, but can be extended.

What are the exceptions to private entry to Denmark?

In principle, Danish citizens and permanent residents in Denmark are allowed to cross the border. According to the Danish police, there are also exceptions for visits to the spouse, partner or close family. The Danish regional broadcaster TV Syd also reports that Danish citizens who live in Germany but have a holiday home in Denmark could enter the country.

The Federal Foreign Office in Berlin mentions other exceptions. These apply, for example, to people with residence and work permits. This also includes cross-border commuters who work in Denmark. Anyone who has the right of visit or custody of a child or foster child living in Denmark or a court hearing in Denmark may also enter the country. Exceptions also apply to people who have to visit seriously ill or dying family members in Denmark or who have to attend a funeral.

Travelers should be able to document these reasons at the border crossing with documents upon entry and be able to present a valid passport or ID card. The border guards decide in any case at their discretion. Vacation trips, vacations, normal family visits and business trips are not recognized as important reasons and entry is refused, the Federal Foreign Office said.

What are the rules for entering Denmark from Germany?

At the moment, the cross-border movement of goods and cross-border commuters should continue to be guaranteed, as the Ministry of the Interior assured. Cross-border travel is also generally permitted in individual cases if there are valid reasons. The Ministry cited medical treatment, deaths in the closest family circle and entry to a spouse or registered partner as examples. German citizens would also have the opportunity to enter Germany at any time, according to the German Embassy in Copenhagen. Even people who have care for minors are allowed to enter the country, the message said. The Danish Ministry of Foreign Affairs generally advises against all trips abroad.

Are there any demands for an opening of the border?

Yes, there are. According to information from the Danish newspaper “Jydske Vestkysten”, several youth organizations from German and Danish parties have called for it. “From an epidemiological point of view, there is no clear reason to keep the border closed,” it says in a statement by the youth organizations of several parties on the Danish side and the youth organizations of the SSW as well as the FDP, Greens, SPD and CDU on the German side was signed. According to “Jydske Vestkysten”, the tourism industry in Southern Denmark’s South Denmark is also demanding that the border be opened soon.

Danish Radical Venstre MP MEP Kristian Hegaard said last week that there was no basis to keep the border closed.

When will Denmark open its borders to Germans again?

It is not yet foreseeable. Denmark’s current measures apply until 10 May. But these can be extended or expanded. Denmark’s Minister of Justice Nick Hækkerup told Politiken on April 28 that he understood the problem well but had no answer yet. “We have to wait until May 10th before announcing the next initiatives for this gradual, cautious opening. We are cautious because we have to see the result of the other easing,” he said.

Can I book my summer vacation in Denmark?

It is still completely unclear whether tourist trips to Denmark will be allowed in the summer. People who have a Danish passport could possibly travel to their summer houses. Until now, May 10th has to be waited until there is new information and regulations for entry into Denmark.

This website uses cookies to improve your experience while you navigate through the website. Out of these, the cookies that are categorized as necessary are stored on your browser as they are essential for the working of basic functionalities of the website. We also use third-party cookies that help us analyze and understand how you use this website. These cookies will be stored in your browser only with your consent. You also have the option to opt-out of these cookies. But opting out of some of these cookies may affect your browsing experience.
Necessary Always Enabled
Necessary cookies are absolutely essential for the website to function properly. These cookies ensure basic functionalities and security features of the website, anonymously.
Analytics
Analytics
Others
Other uncategorized cookies are those that are being analyzed and have not been classified into a category as yet.
Advertisement
Advertisement cookies are used to provide visitors with relevant ads and marketing campaigns. These cookies track visitors across websites and collect information to provide customized ads.
Save & Accept