You have reached the cached page for https://www.dailymail.co.uk/tvshowbiz/article-3142619/He-told-learned-one-uncles-Brokeback-Mountain-director-Ang-Lee-dishes-late-Heath-Ledger-saying-based-gay-cowboy-role-relative.html
Below is a snapshot of the Web page as it appeared on 9/11/2020 (the last time our crawler visited it). This is the version of the page that was used for ranking your search results. The page may have changed since we last cached it. To see what might have changed (without the highlights), go to the current page.
You searched for: +what is the name of the two young men in the movie brokeback mountain director lee We have highlighted matching words that appear in the page below.
Bing is not responsible for the content of this page.
Ang Lee says Heath Ledger 'based Brokeback Mountain gay cowboy on a relative' | Daily Mail Online

'He told me that he learned from one of his uncles': Brokeback Mountain director Ang Lee dishes on the late Heath Ledger saying he based gay cowboy role on a relative

Late actor Heath Ledger based his famous role as a gay cowboy in Brokeback Mountain on his 'homophobic gay' uncle, according to the film's director Ang Lee.

As the Oscar-winning film reaches its tenth anniversary, Lee and the film's producer, James Schamus, reminisced about the casting and the making of the film in 2005.

Lee told Variety.com that she remembers Ledger looked to his family for inspiration for his gay character Ennis Del Mar. 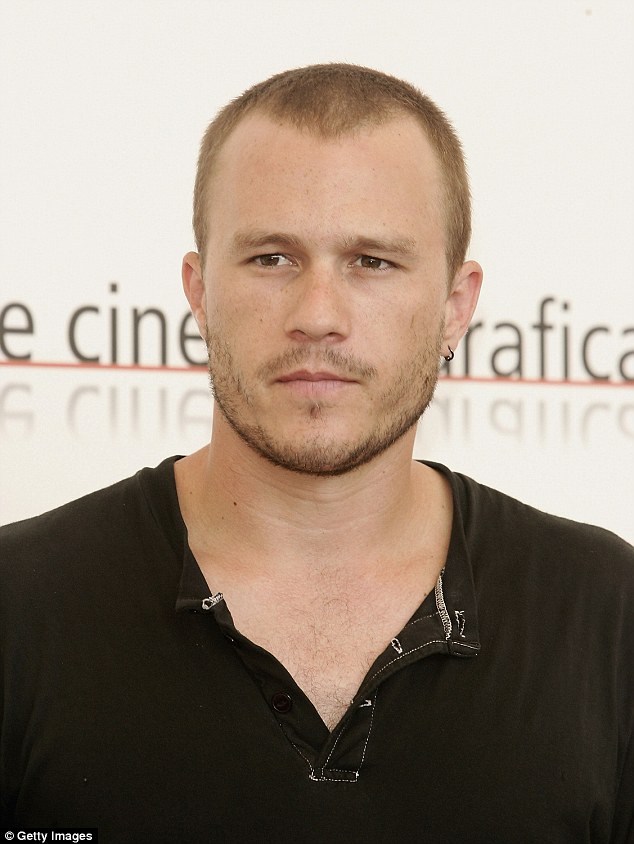 The late Heath Ledger: Brokeback Mountain director Ang Lee has said Heath based his character in the film, Ennis Del Mar, on one of his uncles 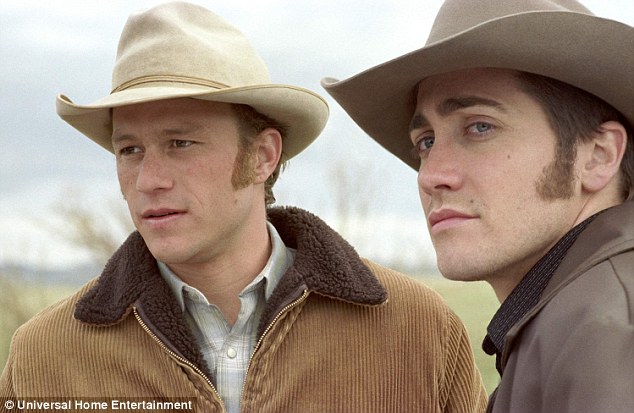 Co-stars: Heath appeared in the film opposite Jake Gyllenhaal

'Heath came in and wanted to do it right away,' Lee told Variety.

'I think he told me that he learned from one of his uncles, who is also a very macho, homophobic gay, much like Ennis, and also a rancher.

As for producer Schamus, when he met Ledger, he remembers being a little awestruck and tried to act out a scene from the upcoming film.

'I remember when I met Heath,' he said. 'He came to my apartment in Columbia University housing.

'He arrived at my front door, and we'd been joking around about the tent scene where he spits in his hand.

'I pretended to spit in my hand before I shook his hand, and said, "Come on in, man. We're doing this". I was such a fan already.' 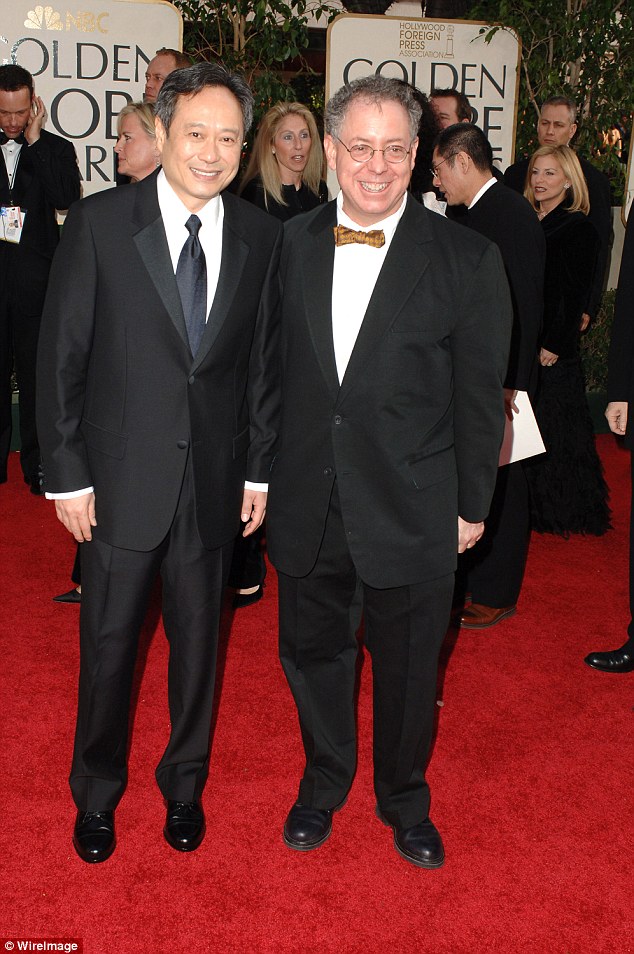 The film is based on a short story written by Annie Proulx, which James said he had been trying to get made into a film for about six years.

Lee said he was affected by the story from the first time he read it.

'I cried at the end of reading the short story, and I couldn't figure out why I was so moved,' he said.

'But the idea of a mysterious romance up on Brokeback Mountain - one that once you leave, you are always pursuing and can never get back - always haunted me. 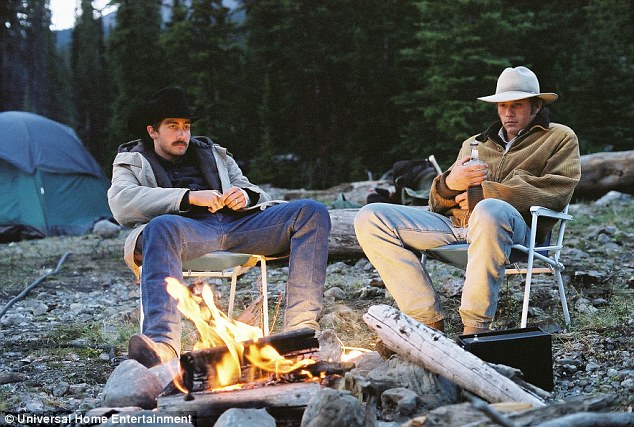 A complex relationship: The film explores the relationship of  Heath and Jake's gay characters 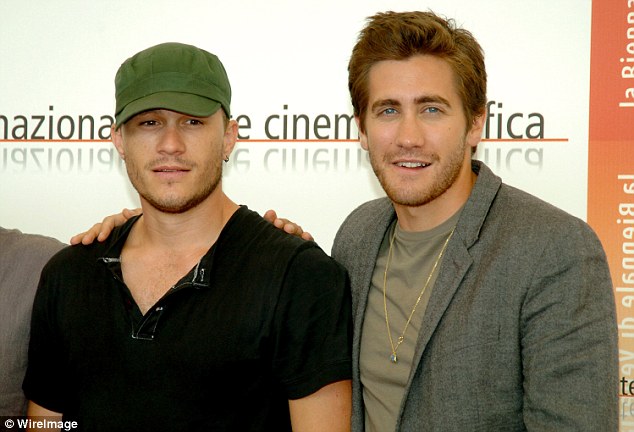 Friends: Heath named Jake one of his daughter Matilda's godparents, who he shares with Michelle Williams

'There was a moment in the story where Jake says, "All we got is Brokeback Mountain."

That really hit me and touched my heart. I felt compelled to make the movie because of that mystery.'

Ledger was joined onscreen by Jake Gyllenhaal, Michelle Williams and Anne Hathaway for the film.

Williams and Hathaway beat about 20 or 30 actresses for the roles which was particularly impressive for Hathaway, who auditioned for the part while still in costume for another role.

'Anne came in wearing heavy makeup and dressed as a princess, because she was shooting a parade scene for The Princess Diaries 2 on the Universal lot,' Lee said.

'She used her lunch hour to audition for the part.' 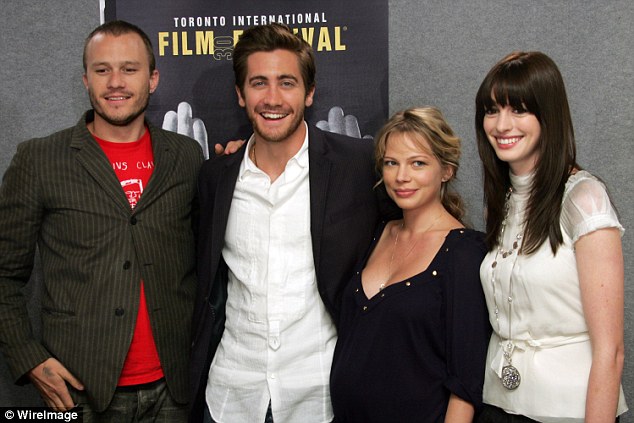 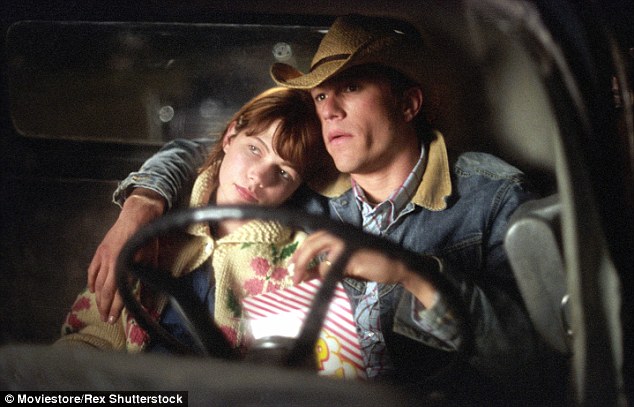