You have reached the cached page for https://braveastronaut.blogspot.com/2012/06/missouri-24-august-10-1821.html
Below is a snapshot of the Web page as it appeared on 5/5/2021 (the last time our crawler visited it). This is the version of the page that was used for ranking your search results. The page may have changed since we last cached it. To see what might have changed (without the highlights), go to the current page.
You searched for: +what is missouri's nickname governor democrat governor We have highlighted matching words that appear in the page below.
Bing is not responsible for the content of this page.
Order from Chaos: Missouri - #24, August 10, 1821 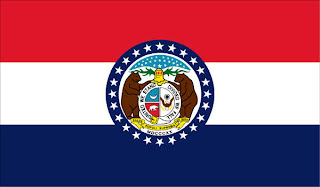 Welcome to the Show Me State! Let's start with a trivia question - the state capital of Missouri is the first (in this order of how the states are being presented) of four to be an answer in the trivia question - How many state capitals have the word "city" in their names? Any guesses on the other three? We won't see them for several more weeks, one in about three months (#36) and the other two (#45 and #46) in four months. While we are talking trivia, Missouri and one other state (which is also a Missouri neighbor) border eight states - no other state but these two border more than eight states. What's the other state?

Missouri gets its name from an Native American word meaning the "town of large canoes." Following the 2012 decennial census, the mean center of US population was again located in Missouri, in the town of Plato. Missouri's unofficial nickname as the "Gateway to the West" owes itself to the fact that the Pony Express got its start in the state; St. Louis was the embarkation point for both the Oregon and Santa Fe Trails. It was also the starting and ending point for the Lewis and Clark Expedition.

Missouri is our next state to have produced a Chief Executive. The 33rd President of the United States, Harry S. Truman was born in the state and Independence is the location of the Truman Presidential Library.

The current Governor of Missouri is Jay Nixon, a Democrat. The Senators for Missouri are currently split - one Republican and one Democrat. Claire McCaskill (D) is the Senior Senator and is being targeted in the fall elections. Former Congressman Roy Blunt (R) is the Junior Senator. Missouri's Congressional delegation has nine members, three Democrats and six Republicans.
Facts
Links
Prominent Missourians - (here's a few lists to peruse, one and two)

Posted by Brave Astronaut at 10:00 PM

Email ThisBlogThis!Share to TwitterShare to FacebookShare to Pinterest
Labels: States of the Union

nice posting.. thanks for sharing.

Anon - thanks for commenting

Brave Astronaut
Cheverly, MD, United States
I'm overextended. I'm extremely busy doing a number of things. But I will strive to continue to keep you posted on my life and not just what I'm eating.

Satellites in the Orbit of the Brave Astronaut

States of the Union