You have reached the cached page for https://www.academia.edu/37223741/Barth_Karl_Barth_in_Conversation_Volume_2_1963_Edited_by_Eberhard_Busch_Karlfried_Froehlich_Darrell_L_Guder_Matthias_Gockel_and_David_C_Chao_Louisville_KY_Westminster_John_Knox_Press_2018
Below is a snapshot of the Web page as it appeared on 2/25/2021 (the last time our crawler visited it). This is the version of the page that was used for ranking your search results. The page may have changed since we last cached it. To see what might have changed (without the highlights), go to the current page.
You searched for: +what does eberhard im bart mean born We have highlighted matching words that appear in the page below.
Bing is not responsible for the content of this page.
(PDF) Barth, Karl. Barth in Conversation: Volume 2, 1963. Edited by Eberhard Busch, Karlfried Froehlich, Darrell L. Guder, Matthias Gockel, and David C. Chao. Louisville, KY: Westminster John Knox Press, 2018. | David C Chao - Academia.edu 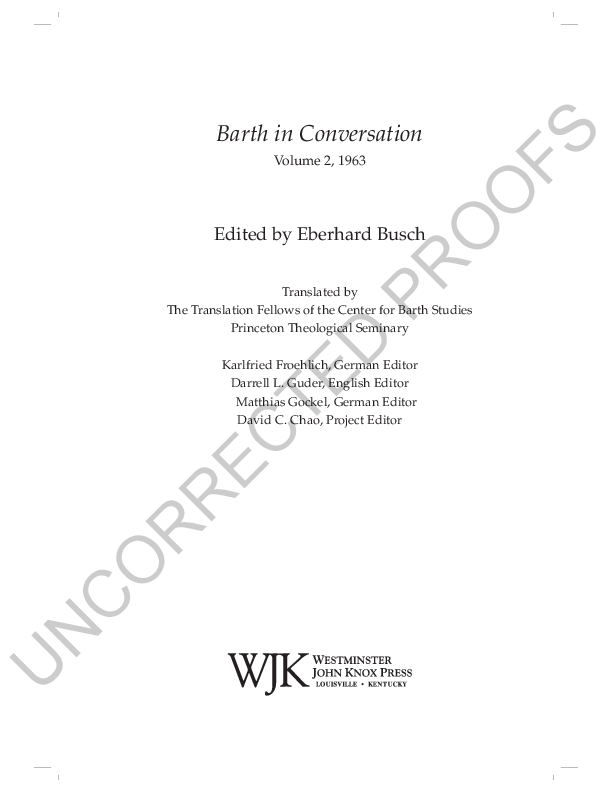