You have reached the cached page for https://www.alabamanews.net/2021/10/01/dallas-co-jail-inmate-stabs-correctional-officer/
Below is a snapshot of the Web page as it appeared on 11/19/2021 (the last time our crawler visited it). This is the version of the page that was used for ranking your search results. The page may have changed since we last cached it. To see what might have changed (without the highlights), go to the current page.
You searched for: +what county is alabama in dallas We have highlighted matching words that appear in the page below.
Bing is not responsible for the content of this page.
Dallas Co. Jail Inmate Stabs Correctional Officer - Alabama News

From the West Alabama Newsroom–

A correctional officer at the Dallas County Jail — is attacked and stabbed by an inmate.

He says Davis was in jail on a domestic violence charge. 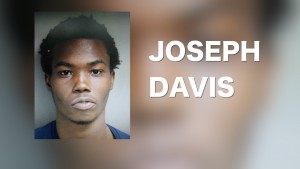 And he had to be isolated in a cell by himself — after he assaulted another inmate.

Granthum says he attacked the guard with a shank — during lock down last night.

He says the officer was cut and stabbed all over his body.

“He was locking inmates down at night time to go to bed. So the cells are locked down. His door didn’t shut. So, he went in there to close the door and he was immediately attacked. When you watch the video it’s chilling, it’s chilling. I mean it’ll send chills up your spine,” said Granthum.

Davis remains in the county jail — without bond.

Granthum says the officer was taken to the hospital — where he was treated for his injuries — and released.

Man Shot, Killed on First Day of Work at Plant Near Birmingham

What’s Right with Your Community