You have reached the cached page for https://www.quizexpo.com/what-denomination-am-i/
Below is a snapshot of the Web page as it appeared on 1/27/2022 (the last time our crawler visited it). This is the version of the page that was used for ranking your search results. The page may have changed since we last cached it. To see what might have changed (without the highlights), go to the current page.
You searched for: +what are the different orthodox religions believe christians will get better We have highlighted matching words that appear in the page below.
Bing is not responsible for the content of this page.
What Denomination Am I? 2021 Accurate Christian Quiz 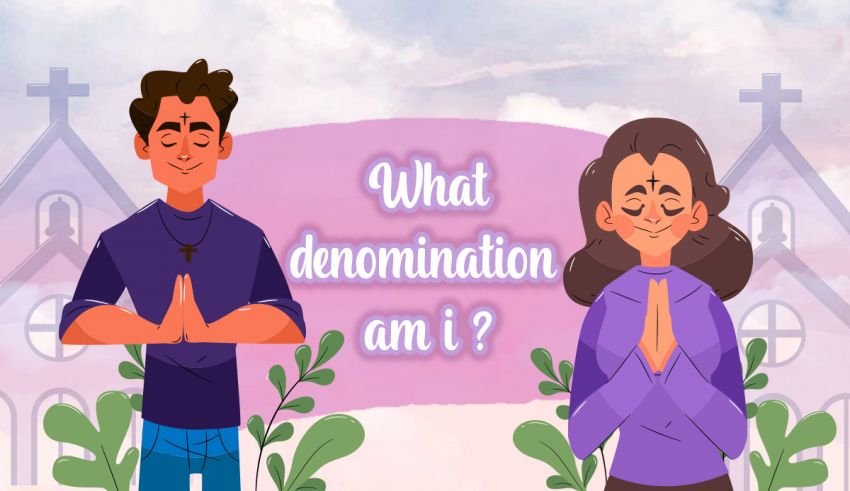 Are you looking for an answer to, what denomination am I? This quiz reveals your religious division accurately. Are you a Catholic, Protestant, Orthodox, else?

What Is Denomination and Which One Am I?

The term “denomination” comes from division. And it determines which Christian subgroup you belong in. The primary subdivisions are the Church of the East, Oriental and Eastern Orthodoxy, Roman Catholicism, Protestantism, and Restorationism. However, there are so many other smaller groups with slight differences globally.

Your group can be identified by examining your specific beliefs on Christianity or through a test. Of course, if you are a part of a certain church, you already know your division. But an examination reveals if your principles and views match your religion.

Note: Take the ‘What Religion Am I Quiz’ in case you have doubts about your beliefs.

A Quiz to Find Your Religious Group

It is challenging to understand and compare all the Christianity subgroups. So, people might be like, “what denomination am I?” We created a quiz that analyzes your views, practices, and values to identify which division matches you. Here is what we look at to do so.

Dividing Christians into smaller groups started when some believers interpreted the scripts of the bible and the church practices in other ways. So, the most important thing to distinguish you from others is how you take the bible verses, rituals, and other details of Christianity.

When you ask, “What denomination am I?” the answer might be hidden in your current church. Houses of worship in the US and all around the world declare their subdivision in their names. You can also ask the priest about the denomination they belong in—if it is not clear to you.

The Test Works for Non-Christians, Too

Sometimes, people of other religions wonder what their denomination could be if they were Christians. So, we created the test in a way that works for all belief systems. But you receive the most accurate results when you already have basic knowledge about Christianity and its fundamentals.

The church of the time was concerned about the governing rules and policies. Some groups claimed that the bishop of the roman is the only one who should govern and rule. However, others suggested different methods, such as unified leading systems. Such disagreements were one of the initial reasons for the creation of subgroups.

#2: Views on Baptizing and Salvation

While some Christians believed in salvation by baptizing, others had contrary ideas. Plus, some conflicts occurred due to the baptizing techniques practiced by diverse churches. And as a result, some Christians created their own houses of worship so they could do their rituals as they desired.

During the Pentecostal Movement, a group of religious leaders started looking for people with godly gifts, such as healing powers and speaking tongues. They suggested that Jesus’s return is happening as the sign gifts are renewed and reemerged. However, not everyone agreed with them, causing another reason for denomination creation.

People with similar races and languages tended to gather around to practice the Christianity rituals as groups. However, such activities turned into reasons to divided believers into distinct subgroups like African-American Protestant Churches.

At some point in history, several religion experts and researchers suggested the idea of ration over the script. It means that they preferred rational reasoning instead of the bible verses to decide how Christianity should be practiced or taught. Such a movement led to another form of division that led to the creation of the United Church of Christ and other comparable subgroups.

How to Find Your Ideal Denomination

You might still be wondering, “What denomination am I?” So, here is a table to lend a hand with that. Below you see the primary differences between the largest Christianity groups. The more you agree with one of them, the closer you are to that particular subcategory.

Things to Know Before Taking the Denomination Quiz

Determining what type of Christian you are is challenging. While no method is 100% accurate, we created a reliable and precise test. However, here are a couple of things we want you to know before starting the quiz.

Similarities are more than differences.

Asking, “What denomination am I?” does not help if you do not believe in Jesus and his verses. The subgroups should not be meant to divide and separate believers. So, take the Denomination Test results lightly. And remember that similar beliefs among Christians are much more than dissimilar ones.

Jesus wants us to be united.

As the bible says, “There is one body and one Spirit—just as you were called to the one hope that belongs to your call— one Lord, one faith, one baptism.” God wants us to be united and not divided. So, the denomination quiz should not be a tool to ignite the dissimilarities.

QuizExpo respects all religions and their subgroups. The ‘Which Denomination Am I Quiz’ is not meant to discriminate against any subdivisions or groups. Please, let us know if you find any of the questions or pieces of info on this page to be inappropriate or misleading.

Questions of the quiz

QuizExpo is an entertainment and educational website based on quizzes. QuizExpo contains different quizzes in different fields and tries to entertain the users while helping them to learn something new.
Currently, the quizzes on the website include two general types, Trivia and Personality Quizzes. Other quiz types will be added in the future.