You have reached the cached page for https://www.dailymail.co.uk/tvshowbiz/article-2320550/Met-Ball-2013-Jennifer-Lopez-goes-prowl-Casper-Smart-just-day-fleeing-gunshots-Florida.html
Below is a snapshot of the Web page as it appeared on 4/28/2021 (the last time our crawler visited it). This is the version of the page that was used for ranking your search results. The page may have changed since we last cached it. To see what might have changed (without the highlights), go to the current page.
You searched for: +watch gigli movie free online everything to gain starring sean young friends We have highlighted matching words that appear in the page below.
Bing is not responsible for the content of this page.
Met Ball 2013: Jennifer Lopez goes on the prowl with Casper Smart just a day after fleeing gunshots in Florida | Daily Mail Online

Can't keep her down! Jennifer Lopez goes on the prowl with Casper Smart in a clingy leopard print gown... just one day after fleeing gunshots in Florida

Just one day after her music video shoot in Florida was shut down due to gunshots fired nearby, the singer was spotted out in New York rocking a daring leopard print gown alongside her beau Casper Smart.

The animal design was indicative of her fierce spirit as she quickly recovered from the recent shock just in time to attend the Metropolitan Museum of Art's Costume Institute Gala on Monday night. 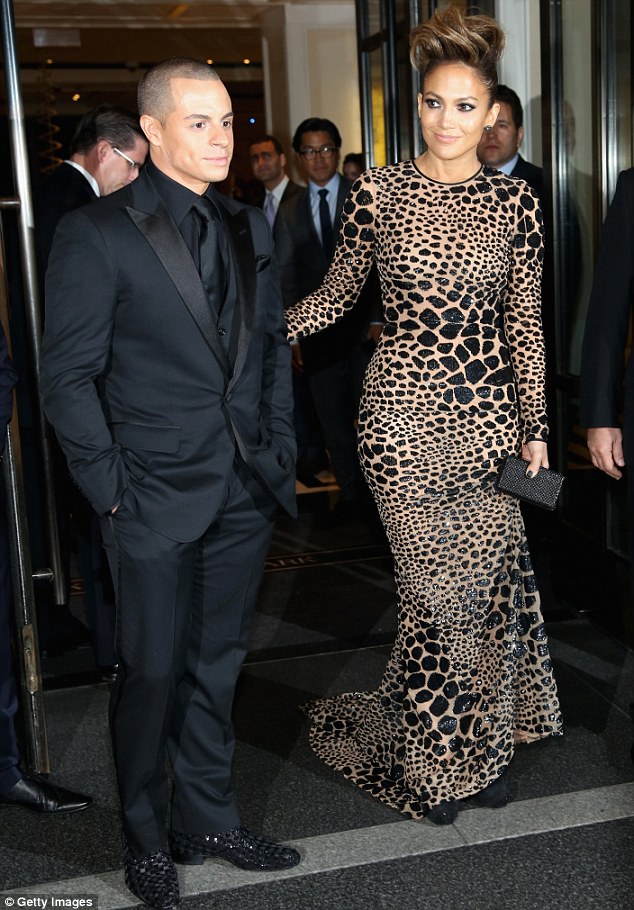 Moving on: After shots were fired nearby her music video shoot, Jennifer Lopez and Casper Smart headed out to the 2013 Met Ball at the Metropolitan Museum of Art in New York, on Monday

J.Lo pinned her tresses into a punk-inspired faux hawk, featuring a pompadour reminiscent of the 1980s New Wave style.

The hair sculpture was a fitting choice for the Punk: Chaos to Couture themed bash.

The 43-year-old's dress was equally courageous as it trailed a dangerously long train of leopard spotted fabric. 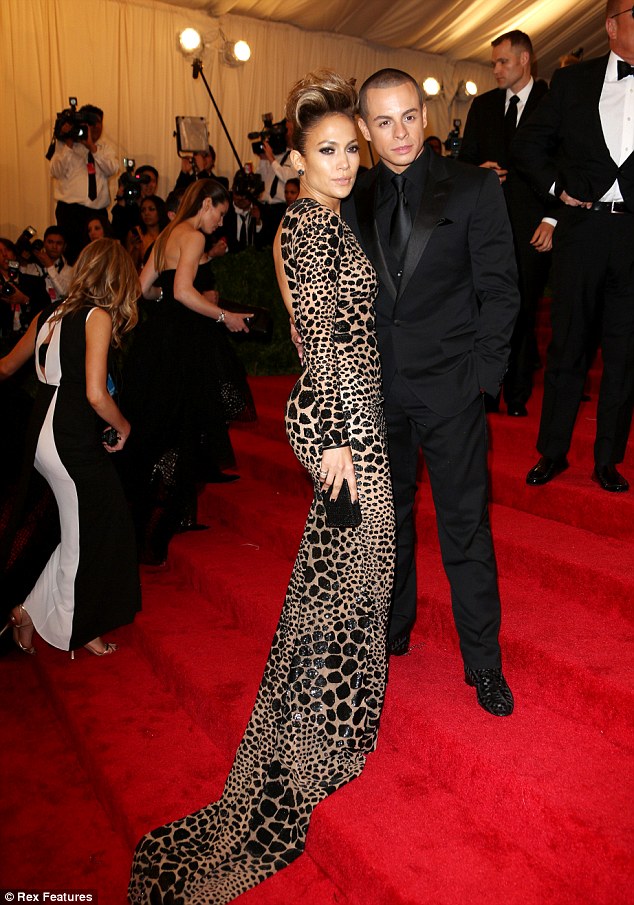 Daring duo: While the 43-year-old singer opted for an animal print, Casper donned all-black for the night's festivities 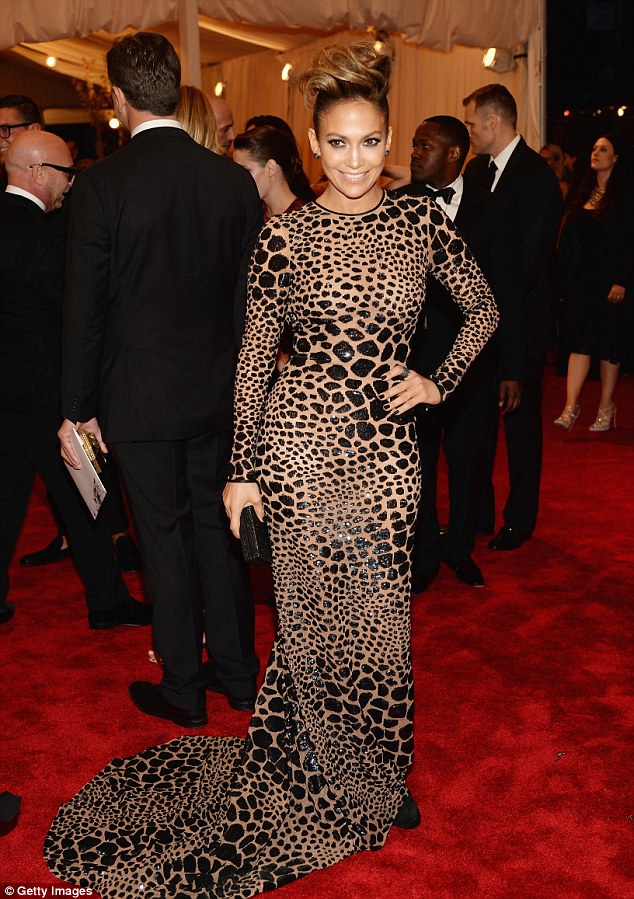 Throwback 'do: The former dancer wore her hair in a New Wave 80s punk style

The Gigli star's boyfriend Casper, who at 26 is 18 years her junior, was a little less daring.

The backup dancer sported an all-black ensemble, featuring a black suit and tie.

Completing his monochrome get up were black crocodile shoes and a black button down.

The high-velocity rapper posted a picture of the two playfully posing for a phone camera to her Twitter feed. 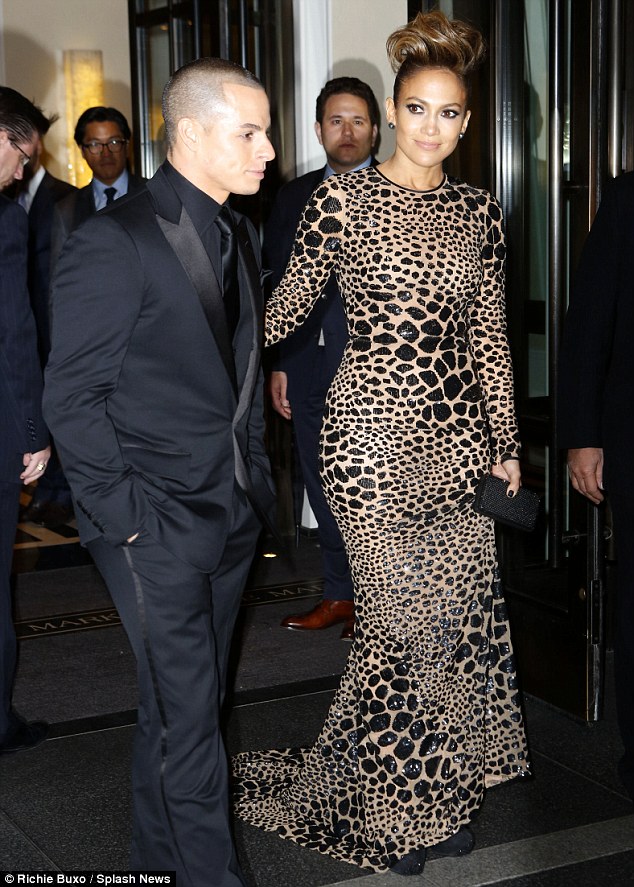 Happy couple: J.Lo held onto her beau, who is 18 years her junior, as she made her way to the star studded event

The portrait comes amidst rumours that J.Lo will be replacing Mariah Carey as a judge on American Idol.

Mariah is said to be unhappy on the show due to a feud with Minaj.

Just the day before, J.Lo was rushed to safety after gunshots were fired near where she was filming a music video.

Security guards took the singer to a vehicle after hearing several gunshots about 400 yards from where she was filming on Sunday night in Fort Lauderdale, Florida. 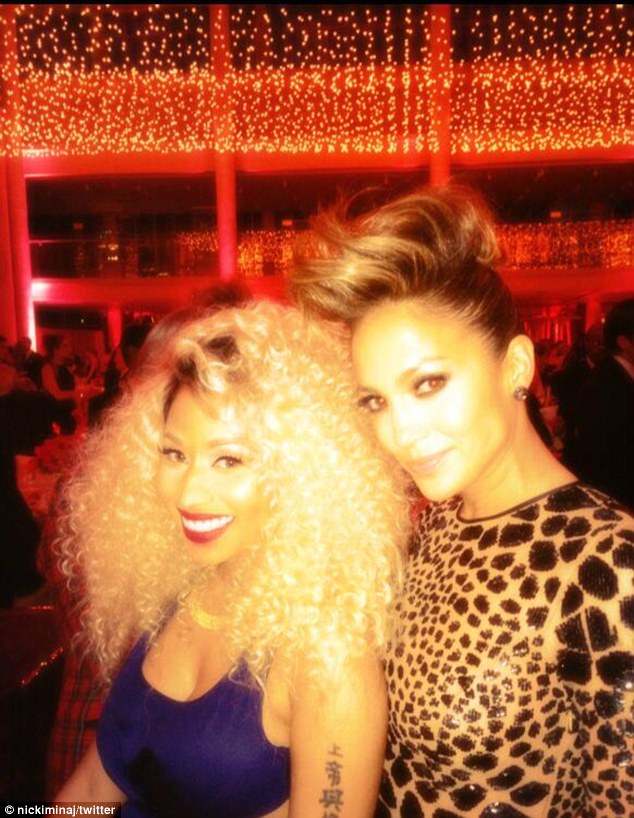 Power duo: Nicki Minaj posted a snap of her posing with J.Lo at the event, amidst rumours that the movie star will replace Mariah Carey on American Idol

Police converged on the area, but the people involved in the shooting were not found, although police detained several people at the scene.

The Jenny From The Block singer was shooting the music video for Live It Up, her upcoming collaboration with Pitbull.

Lopez was filming an interview with Entertainment Tonight on the set of her music video when the shots were heard.

ET's Rob Marciano, who was interviewing the star, reported that 'Security scrambled [Lopez] away' after the shots rang out.

He tweeted: 'BREAKING: Gunshots fired on Fort Lauderdale Beach DURING my JLo interview. No kidding. Security scrambled her away.' 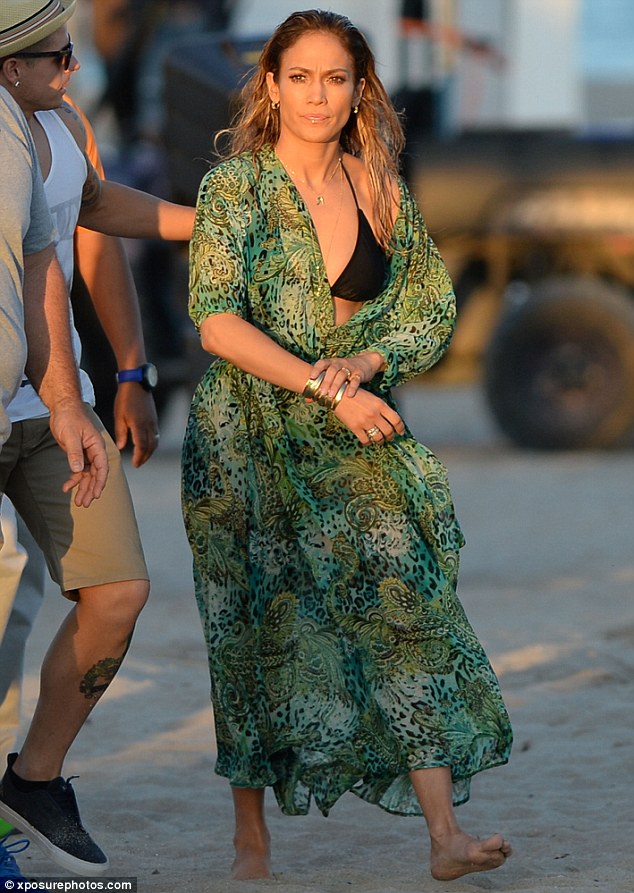 Rushed to safety: J.Lo was bundled away from the sound of gunshots on the set of her new music video in Fort Lauderdale in Florida on Sunday

He added: 'Can hear & see ambulances converging ~400 yards down the street.'

Before adding: 'Police confirming: 'shots fired. no one hit.' Whew.'

Security officials said the star was secure in her vehicle when the incident was reported, but it's bound to have brought back memories from the time she and then boyfriend P.Diddy were arrested over a shooting at a nightclub in New York in the late '90s.

Met Ball 2013: Jennifer Lopez goes on the prowl with Casper Smart just a day after fleeing gunshots in Florida