You have reached the cached page for https://www.yidio.com/movie/gigli/20609
Below is a snapshot of the Web page as it appeared on 1/4/2021 (the last time our crawler visited it). This is the version of the page that was used for ranking your search results. The page may have changed since we last cached it. To see what might have changed (without the highlights), go to the current page.
You searched for: +watch gigli movie free online We have highlighted matching words that appear in the page below.
Bing is not responsible for the content of this page.
Watch Gigli Online | 2003 Movie | Yidio

"Life doesn't play by the rules."
Add to Watchlist

In the movie Gigli the title role, played by Ben Affleck, refers to low ranking hit man named Larry Gigli. He is tasked with the job of kidnapping the mentally challenged brother of a powerful federal prosecutor in order to save Starkman, a New York mob boss, from prison. Gigli successfully kidnaps Brian, the younger brother, but then is sent a partner by his boss because his boss worries that Gigli will bumble this very important task. A female assassin by the name of Ricki, played by Jennifer Lopez, is sent in to oversee the operation. Gigli is initially attracted to Ricki despite the fact that he resents her being there and also despite the fact that she proclaims to be a lesbian.

Together, the two would-be kidnappers negotiate a series of madcap events in an attempt to please their boss but spare Brian, whom they’ve both grown to like, from harm. In the midst of this, a tentative romance blossoms and tough decisions loom ahead for the couple.

Written and directed by Martin Brest, this romantic comedy is rated R for mature themes and language.

Gigli is an Drama, Comedy movie that was released in 2003 and has a run time of 2 hr 1 min. It has received poor reviews from critics and viewers, who have given it an IMDb score of 2.5 and a MetaScore of 18.

Where do I stream Gigli online? Gigli is available to watch and stream, download, buy on demand at Amazon Prime, Hulu, Apple TV+, FuboTV, The Roku Channel, Starz, Amazon, Vudu, Google Play, iTunes, YouTube VOD online. Some platforms allow you to rent Gigli for a limited time or purchase the movie and download it to your device.

Browse FuboTV!
Browse the latest FuboTV from with Yidio!
Browse Now
What are you waiting for?
Click here to try for free!
Do you have FuboTV?
No
Yes
Ad
i
Watch Now with 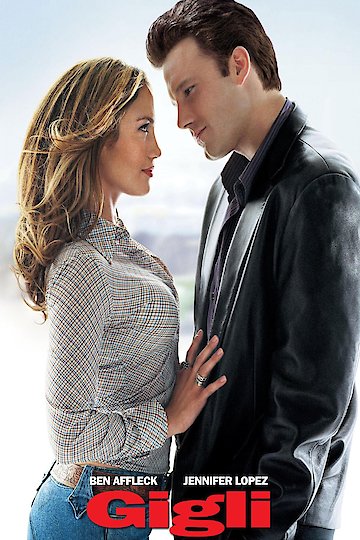 Scent of a Woman

The Sum of All Fears