You have reached the cached page for https://greatmonarch-angelicpontiffprophecies.blogspot.com/p/blog-page_80.html
Below is a snapshot of the Web page as it appeared on 4/17/2021 (the last time our crawler visited it). This is the version of the page that was used for ranking your search results. The page may have changed since we last cached it. To see what might have changed (without the highlights), go to the current page.
You searched for: +was maria silva poor lady mary We have highlighted matching words that appear in the page below.
Bing is not responsible for the content of this page.
The Great Catholic Monarch and Angelic Pontiff Prophecies: Madre María Magdalena de la Vera Cruz (1575-1653) 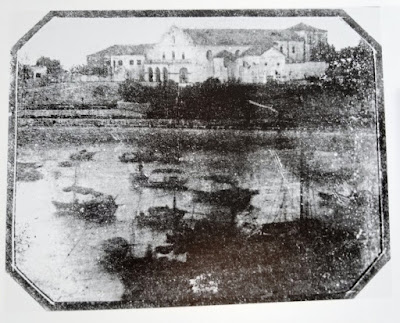 In the book 'Future Destines of State and Nations' (Turin, 1864) I have discovered the name of nun who apparently was a mystic made predictions about the future, Madre Maria Magdalena de la Vera Cruz.


From the little I could find about her, Madre Mariana's original name was Maria Gonzaléz de Avila and she was born in 1575 in a little village called Pinto near Madrid, Spain. Her family were not poor as her father was a notary for the Inquisition. She came into the world three to four months premature, but survived as she was kept warm in untreated wool and fed milk through a straw.  She learned to read at the age of three, and inspired by the life of St. Theresa of Avila, from an early age she knew she had a vocation and entered the convent of Santa Maria de la Cruz in Cuba when she was fifteen.


In 1614 she later wanted to become a missionary in the East after a visit of Fray Luis Sotelo on his way to Rome with the Japanese embassy. Together with Madre Jerónima de la Asunción, who came from the Convento de Santa Isabel de los Reyes de Toledo, and a group of sisters, Madre Mariana set out to become missionaries in China and Japan. They started a convent in Manilla, and Sister Marie Magadalena was chosen as vicaress. Later she become abbes of the St. Clare convent they founded in Macau. (Image above. Picture of the convent taken 1877). Madre Mariana stayed there until 1644 when she, two other sisters, several Franciscan brothers and her confessor Fray Antonio de Santa Maria were forced to leave China due to the conflicts in the convent, also conflicts between the Franciscan and the Jesuits, as well as tensions between the monarchies of Spain and Portugal. On the journey back to Manilla, they sought shelter from strong winds on the coast of Vietnam, where passengers and crew were captured and sentenced to death. The rest of the details are not clear, but somehow they were all pardoned and they made it back to Manilla. (1)


She apparently was granted the gifts of meditative and contemplative prayer as she could be lost in ecstasy for several hours on the 'Our Father', and the single words 'Ave Maria'. She always felt the presence of God, and revealed she could feel the burning love of God close when He visited her in the form of a little child many times. (2)


This would explain why her confessor Fray Antonio encouraged her to write her mystical works. She wrote a three volume mystical treatise called the 'Nova Floresta Franciscana' (The Franciscan Grove / Forest). (3) She also wrote her biography and many other mystical treatises, but the are all lost except for the 'Floresta Francsicana', which was annotated and revised by Fray Antonio. She is particularly remembered for her work as an author. I cannot find anything else about her, other than she was considered to be a holy person.


(NOTE: she is NOT to be confused with Sr. Mary Magdalen of the Cross (1487-1560) in Spain who was proven to be possessed after having made a pact with the devil and had fooled many people into believing she had been given heavenly gifts. See more about that disturbing case, click here.)


About the Prophecy by Madre Mariana de le Vera Cruz's - it was originally published in her work “Nova Floresta Franciscana”, but since that is very hard to trace, I haven't found a copy of it available in a digital archive to verify that she made the prophecy, the next known copy of the prophecy has only been circulated through a book by an author named Ingatius a Sancta Teresia, which was put on the Index of Forbidden and Condemned Books by the Holy See since it was a defence written about the condemned prophecies of Padre Antionio Vieyrae. However, right below a quotation of Madre Mariana de la Vera Cruz's prophecy in that work is the famous prophecy by St. Francis of Paola, therefore it is obviously the defence of Padre Vieyrae is why the book was condemned, and for not the other prophecies quoted, including Madre Mariana's. Of interest, the first part of Madre Mariana's prophecy published in 1640 has come true, which shows we can safely read the rest.

That the most pure Conception of the Mother of God will be defined on the 6th day of a week, lacking a Friday, this definition will be preceded by a great revolution throughout China, by great wars between Christian princes. That, as the Incarnation of the Word and the Redemption of men was fulfilled on Friday, so it will be precisely a Friday in which the definition of the mystery of the Conception will take place; (...)

(NOTE: this has been considered to be a prophecy on the definition of the Immaculate Conception that was declared a dogma by Bl. Pope Pius IX. The definition of this dogma occurred on a Friday on December 8, 1854. The author of 'Future Destinies of State and Nations' notes the 'sixth day lacking a Friday' could mean the Friday dispensation granted by the Pope that day allowing people to eat meat in celebration of the feast. He also notes the meatless Friday dispensation was granted before by a pope in earlier times to where a common proverbial expression arose; 'the week of three Thursdays' – i.e. a week missing a Friday. Apparently, the pope had planned to visit a city for a function on a Thursday, but for some reason didn't arrive until the Friday. However, the dignitaries of the city had prepared many meat dishes for the his arrival the day before, and since it was a scorching  day, it was not possible to preserve the food to eat later and therefore asked for dispensation considering they had prepared for so many people and didn't want the food to go to waste. The Holy Father replied: 'Well, let Thursday continue,' and so Thursday 'continued' throughout that Friday and Saturday to make use of meat, hence the 'week of three Thursdays', basically, a week with a sixth day but no Friday.


Madre Mariana Magadelena also predicted that a great rebellion in China would occur before the dogma was declared, and the prophecy came true. Between 1850-1864 the Taiping Rebellion occurred, and also a concurrent rebellion started in 1853 called the Nian Rebellion (1853–68). The Taiping Rebellion ranks as one of the bloodiest wars in human history, the bloodiest civil war, and the largest conflict of the 19th century. Estimates of the war dead range from 20–70 million to as high as 100 million, with millions more displaced.


The great wars between Christian princes she predicted that would also happen before the dogma was declared could have been fulfilled by:


Egyptian-Ottoman War (1839-1841) While fought in Syria, several European countries (therefore Christian princes), were pitted against the Kingdoms of France and Spain as well as Egypt.

(Continuation of the prophecy - a hero that will bring universal peace between Christians.  The whole world will convert. Idols will fall throughout the world):

… that from that same time in which the feast of this definition will be celebrated by the Supreme Pontiff, all the idols of China, of Japan and of the whole world will fall; that this will be followed by the conversion of the Chinese empire, by the fall of the Ottoman Empire, by the conquest of the House of God in Jerusalem, which will be conquered by a hero of the House of Austria, another Alexander for the speed of his course, without other forces than his sword is his shield, at the head of his soldiers; that towards this time a synagogue in Morocco and another in Egypt will be handed over to the Church; and that the Austrians will solicit in a singular way this definition, that will bring universal peace between Christian princes, which will make an alliance together, then will follow all the most precious and most desirable happiness.

(OBSERVATIONS: those interested in the Great Monarch prophecies have wondered why the rest of the prophecy didn't seem to come to pass since she was correct about the first half.


Some commentators have simply suggested it will come as other mystics have predicted it as well, but just not at the time she foretold. God may have delayed the fulfilment and will bring it all to pass in His own good time. Other mystics have also hinted at the 1800s as the arrival of the Great Monarch, yet other mystics clearly state he won't come until after the chastisements, which points to the mid 20th or early to mid 21st century. Are some of them, or all of them wrong?


Authentic prophecies will not contradict each other and interesting enough, prophetic 'delays' like this now make sense since the revelations of Marie-Julie Jahenny have come to light. The identity of the king was revealed to her, he lived during the 1800s, but she was told he would be 'returned to his subjects and that he was 'reserved for the great epochs'. Marie-Julie was told would see his victory from Heaven after sometime after her death, and she died in 1941.  (See more about that revelation, click here.) The man revealed to Marie-Julie also descended from the House of Austria from the maternal line of his family, and it is intriguing Madre Mariana Magadalen de la Vera Cruz said the one that would rapidly build a new empire like another Alexander the Great would be a 'hero' of the Austrian House, that could also mean a warrior or a commander, but said nothing about him being a direct descendant of the particular Royal house.


According to Madre María Magdalena de la Vera Cruz, apparently the dogma of the Immaculate Conception of Mary will become a pivotal point which will bring about the restoration of the Christian Europe and usher in the Age of Peace. The Royal House of Austria will have something to do with suggesting the Immaculate Conception as a unifying element to bring Europe together.) 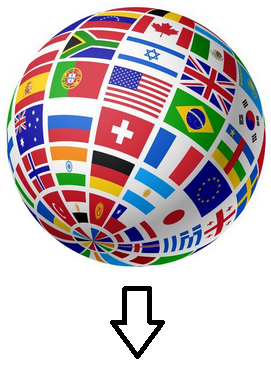 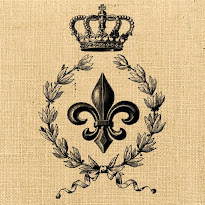 About the Site + Q and A