You have reached the cached page for https://www.themoviebeat.com/unstoppable-2018-korean-movie-review/
Below is a snapshot of the Web page as it appeared on 11/25/2020 (the last time our crawler visited it). This is the version of the page that was used for ranking your search results. The page may have changed since we last cached it. To see what might have changed (without the highlights), go to the current page.
You searched for: +unstoppable korean movie We have highlighted matching words that appear in the page below.
Bing is not responsible for the content of this page.
UNSTOPPABLE (2018) – Korean Movie Review 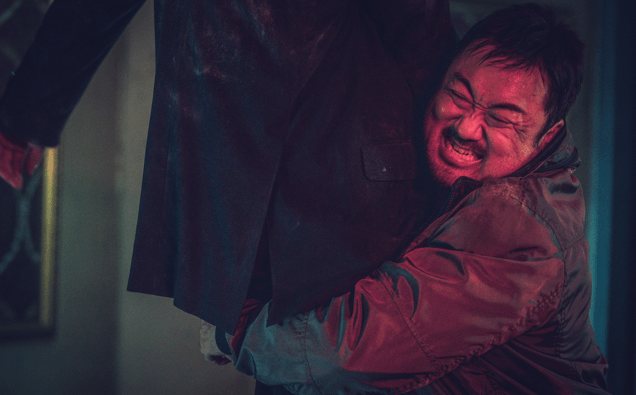 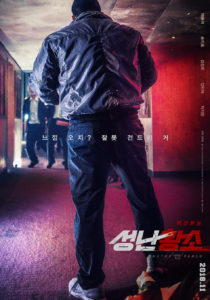 Review: Unstoppable (성난황소), which literally translates to “Raging Bull” is the most recent entry in the seemingly ever-growing library of Don Lee (a.k.a. Ma Dong-seok) action/thriller films. His films are being released in such rapid succession (it hasn’t even been a month since The Villagers hit theatres) that they appear to be manifesting into a sub-genre of their own. This particular installment centers around the character of Dong-chul, a down-on-his-luck ex-gangster now working for a fishing company who’s continuous failed business ventures have placed him and his wife, Ji-soo (played by Song Ji-hyo) in a financial crisis.

While driving home one night, a chance encounter with Ki-tae (Kim Sung-oh), a leader of a human trafficking ring and his henchmen, leads to Ji-Soo being kidnapped in the middle of the night by Ki-Tae and his crew to be sold into prostitution. Desperate to find his abducted wife, Dong-chul sets out on a mission recover her with the aid of his companion Choon-sik (Park Ji-hwan) and a private investigator, Mr. Gom (Kim Min-jae). As he follows the trail that leads to Ki-tae and punches his way through various baddies, the movie sets itself up to be a perfectly digestible action-thriller in the vein of Taken. Alas, the overall execution ultimately results in an instantly forgettable film that is starting to make this new wave of Don Lee action movies appear tired and redundant before it even gains any significant traction. 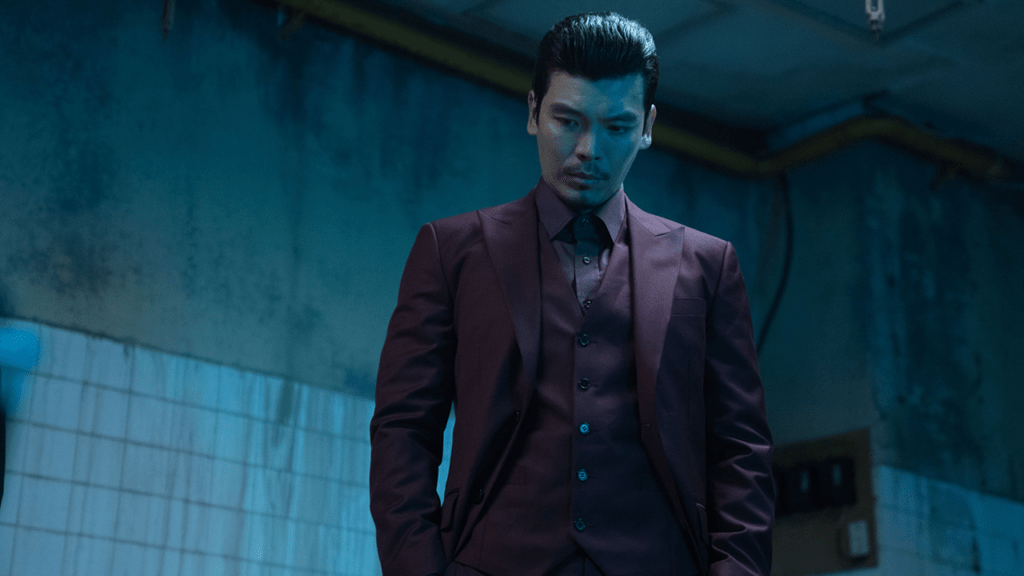 The characters and performances in Unstoppable are what one would come to expect in this type of film. Don Lee does his best with the material that he is given and does a serviceable job in portraying Dong-chul with a quiet intensity with flashes of ferocity and desperation. The true standout however, is Kim Sung-oh’s antagonist, Ki-tae. Kim Sung-oh, who often seems to be typecast in villainous roles, performs the role with enough psychotic zeal to make him more of an interesting character than the film’s protagonist. Fully decked out in a purple suit and slicked-back hair that is reminiscent of an Anime gangster villain, the character of Ki-tae gets ample screen time to chew scenery to his heart’s content and some of his earlier scenes in the film are quite chilling and particularly effective in conveying the character’s psychopathy.

Unfortunately, a solid lead and a charismatic villain is not enough to save Unstoppable because the remaining supporting characters are executed so poorly. Namely, the characters of Choon-sik and Mr. Gom, who serve as a comic relief duo and accompany Dong-chul throughout his journey, are the focal point of the worst bits of the film. Comedy itself isn’t necessarily a bad thing, and often times, it can be a much needed respite in a film that deals with serious subject matter. The problem, however, is that there is entirely too much screen time dedicated to these characters and it doesn’t help that the humor and gags exhibited by these characters are excruciatingly juvenile and dated. It’s unfortunate that they play such a large role in the film because every time they appear on screen, it derails the movie from hoping to achieve any semblance of a consistent tone. Lastly, Song Ji-hyo is pretty much wasted in this film and her character doesn’t amount to much more than a prototypical damsel in distress. Even the few scenes that are dedicated to her character are poorly executed in the sense that they could be edited out entirely and it would not affect the overall plot in the slightest. 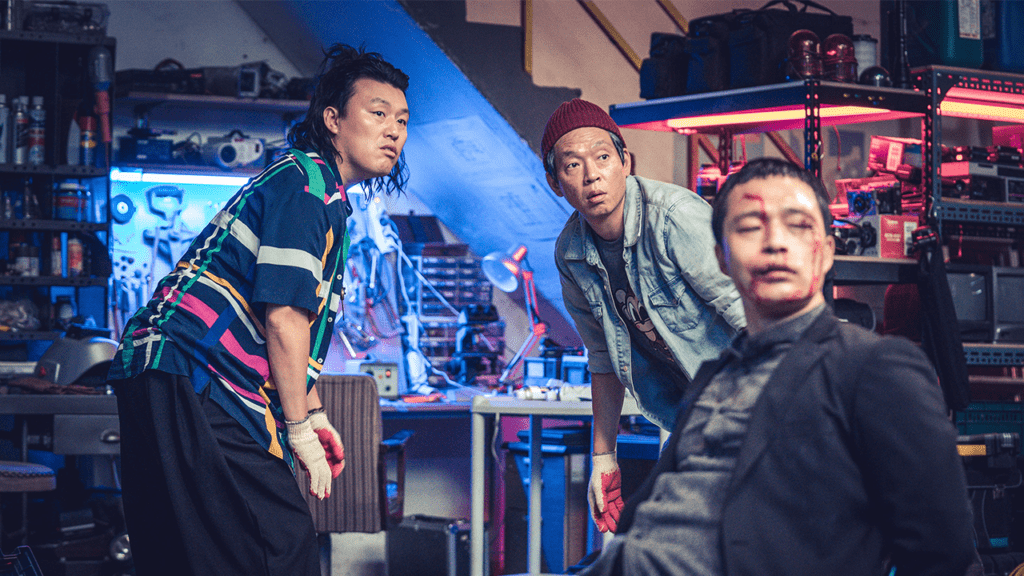 The film’s aforementioned tonal inconsistencies are its greatest weakness. First time director, Kim Min-ho seems to have had a difficult time finding the right balance between comedy, action, and drama and the film’s overall direction is riddled with jarring tonal shifts. So many of the serious moments are interjected with unnecessary comedic bits that severely undermine the film’s dark and heavy subject matter. Even the scene-stealing Ki-tae falls victim to these irregularities and eventually devolves into more of a buffoon-like caricature as opposed to the menace that he is initially depicted as. There are brief glimpses of an attempt to broach genuinely intriguing and insightful topics but the film barely does enough to delve deeper beyond the surface level. This is unfortunate because the film had the right material to possibly become the next Korean action/film-noir classic similar to the likes of The Man From Nowhere (2010), yet it settles on being a generic, tonally ambiguous, action comedy that isn’t particularly enjoyable, even in a B-movie sense.

Even if some of the characters disappoint and the film is an overall tonal mess, I had hoped that the action, at the very least, would be this film’s saving grace. Sadly, the film doesn’t quite stick the landing in this department either. That is not to say that the action is bad, but none of it is especially memorable and there is not nearly enough of it. The choreography itself is well-crafted to cater to Don Lee’s strengths and overall physicality. The film does a decent enough job in properly demonstrating Dong-chul’s brute strength and dominant prowess as a hard-punching brawler whenever the minimal amount of action is actually being displayed on screen. Henchmen are knocked out with single blows, tossed like ragdolls into lockers, and even smashed through ceilings, and the impact of every punch can certainly be felt. However, the repetitiveness of this type of punchy action begins to seep through and the quick edits and shaky cam (perhaps implemented to compensate for Don Lee’s lack of speed) became distracting during the latter sequences. 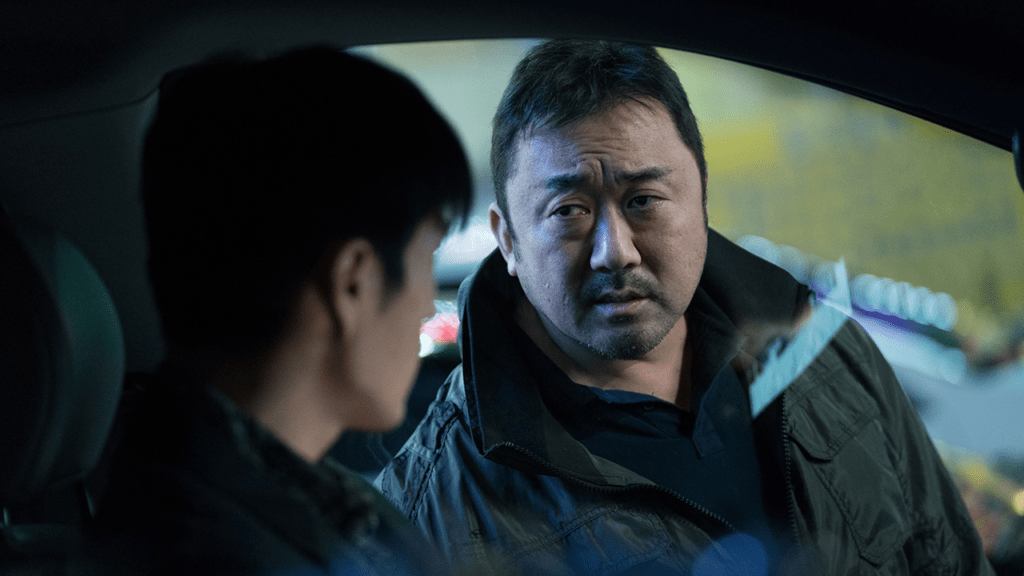 Let me make this perfectly clear: I am not a film elitist and my brain has separate compartments that allow me to enjoy dumb action movies without being overly critical. The Arnold Schwarzenegger and Sly Stallone action era of the 80’s and 90’s was an intrinsic part of my youth and I had ridden the Jackie Chan and Jet Li Hollywood Kung-Fu movie bandwagon to its inevitable end. I even hold a special place in my heart for Jason Statham and his series of barely distinguishable action films. A straightforward action film can be thoroughly enjoyed despite a paper-thin plot and stock characters as long as it achieves what it sets out to do and delivers creative, visceral action. There is also much enjoyment to be found in action movies that are fully self-aware and sensibly exploit its own stupidity. Unstoppable doesn’t fall under any of these categories nor does it have much of its own identity. What we’re left with, instead, is a mundane semi-action comedy that can’t even hold a torch to Don Lee’s much superior The Outlaws from a year prior. This is far from 2018’s worst film, but it’s also not something that I could ever imagine myself re-watching and if this current trend of subpar efforts continues, I foresee this new era of Don Lee action films becoming stale before it ever has the opportunity to fully ripen. 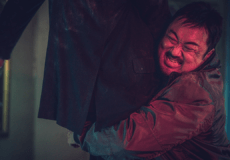 I'm just a regular guy from the States currently working and residing in Korea who happens to have a rather unhealthy enthusiasm for film. I'm an avid consumer of anything movie-related (both domestic and foreign) and I also have a lot of interest in the inner-workings of the film industry and movie production. I watch way too many movies for my own good and whether it's good or bad, you can be damn sure that I'll have an opinion on it. I'm just an all around super nerd when it comes to this stuff and I hope to share this passion with our readers/viewers via "The Movie Beat" while bringing more attention to East Asian cinema to Western audiences. Look forward to more upcoming reviews on both mainstream and independent releases in the near future.
No Comment