You have reached the cached page for https://www.reddit.com/r/UnsolvedMysteries/comments/je2jbz/volume_2_episode_2_a_death_in_oslo/
Below is a snapshot of the Web page as it appeared on 4/20/2021 (the last time our crawler visited it). This is the version of the page that was used for ranking your search results. The page may have changed since we last cached it. To see what might have changed (without the highlights), go to the current page.
You searched for: +unsolved mysteries oslo wikipedia We have highlighted matching words that appear in the page below.
Bing is not responsible for the content of this page.
VOLUME 2, EPISODE 2: A Death in Oslo : UnsolvedMysteries
617

After checking in at a luxury hotel with no ID or credit card, a woman dies from a gunshot. Years later, her identity - and her death - remain a mystery...

1.7k comments
98% Upvoted
This thread is archived
New comments cannot be posted and votes cannot be cast
Sort by

so, when they were like "now were gonna dig her up", i was really hoping for him to be like.. "and she wasnt there"

WHAT IF the body was actually removed indeed, and replaced with a new one. That would explain why the corpse was still so fresh after 24 years and if someone would dig it up again they would only be getting false information from it.

579
Continue this thread
level 2
6 months ago

Yeah I was expecting that too

When in fact it was the total opposite haha. Literally “there was more left of her than we thought”. I said to my SO “I bet she’s gone” when they were digging her up. Definitely framed it that way at first.

115
Continue this thread
level 2
6 months ago

I literally said that out loud to my husband. I was low key kinda disappointed.

42
Continue this thread
level 2
6 months ago

If she hadn’t been there I would have been 100% sold she was working for the government. Now the fact that her body was there is THE thing that makes me believe she wasn’t. I hope they do one of those familial DNA search things like they did with the very mysterious mom Jane Doe from Texas that committed suicide.

101
Continue this thread
level 2
6 months ago

I was hoping for that too!!!

They keep asking how she was able to check in without ID or credit card. How about we just ask the receptionist who claims she saw some man with Jennifer.

Also I get how someone could enter the locked room but how you could leave the room and door would lock behind you.

That part was really frustrating - did they not have on file all the employees who checked in to work that day, who confirmed her reservation, who said hello to her from the desk? That's literally what hotel staff are there for... what do they mean "how did she check in"?

525
Continue this thread
level 2
6 months ago

Yeah I wonder if she gave a fuck ton of cash to do it, enough cash that whoever took the bribe wouldn’t admit to it because they didn’t want to have to give the money back.

80
Continue this thread
level 2
6 months ago

From what I’ve read prior to seeing this episode was that they did talk to staff. It was mentioned at one point that it was very busy that night she checked in and they think it was simply overlooked that she didn’t give ID or payment. Something the show didn’t mention either was that there was (IIRC) two separate occasions they tried to reach her about lack of payment before sending the security guard. They had an automated system that notified them the front desk needed to speak to them. Not sure about the first, but I believe the second they said someone in the room pressed “ok” to make the message go away.

She had an in.

She was either a spy sent there to meet a contact like a politician or was a high end prostitute that met with prolific clients like politicians. They could easily know the hotel owner or pull some strings to let people like Jennifer to check in undisturbed under a fake alias.

The hotel security guy who originally knocked on the door could've been in on it and the knock was a signal that the coast is clear for the murder and that the perpetrator has 15 minutes to leave in peace. Why wouldnt the security guy go in after hearing the gun shot aside from being scared?

110
Continue this thread
level 2
6 months ago

What I don't understand is this "guy" that it was with her? Was there ever really a guy? Maybe he was just another man behind her in line going to check in. But if he was indeed close to her, and they would be able to check this through the cameras, why didn't the investigation went after him?

Search warrant issued again at Ruben Lotes home this morning and Paul Flores was taken into custody in San Pedro, reportedly in connection with the disappearance of Cal Poly student Kristin Smart.

Skeletal remains found in Portland, OR in 2021 ID'd as belonging to 22-year-old Kenneth Bell, who's been missing since 1979. His death is suspected to be homicidal in nature.

Looking for the murderers of my sister Grisell Camacho pictured here on the right.

Elderly woman found beaten to death. Her dentures were smashed & she received injuries with a knife as well. She wore home sewn clothing. Her identity & the identity of her killer remains a mystery.

Out of thin air: the mystery of the man who fell from the sky 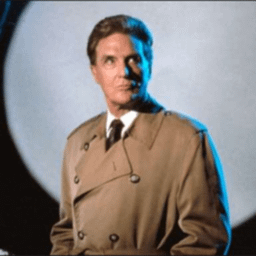 r/UnsolvedMysteries
This subreddit is about unsolved mysteries. Whenever possible, actual redditors have participated in investigating the events. What you are about to read is not a news broadcast.
340k