You have reached the cached page for https://www.rottentomatoes.com/m/the_sentinel_1977
Below is a snapshot of the Web page as it appeared on 5/17/2021 (the last time our crawler visited it). This is the version of the page that was used for ranking your search results. The page may have changed since we last cached it. To see what might have changed (without the highlights), go to the current page.
You searched for: +the sentinel movie review We have highlighted matching words that appear in the page below.
Bing is not responsible for the content of this page.
The Sentinel (1977) - Rotten Tomatoes
Home
Top Box Office
Tickets & Showtimes
DVD & Streaming
TV
News 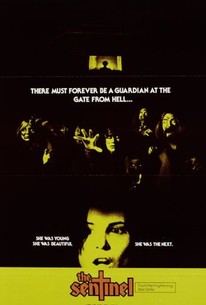 A New York City model with a troubled past, Alison Parker (Cristina Raines) decides to make some changes in her life. Breaking up with her boyfriend, Michael (Chris Sarandon), Alison relocates to an apartment in a brownstone building where the only other tenant is a withdrawn blind priest (John Carradine). After experiencing strange occurrences, Alison begins to realize why the holy man is present -- the building has an evil presence that must be kept in check at all costs.

José Ferrer
Priest of the Brotherhood

Critic Reviews for The Sentinel

Audience Reviews for The Sentinel