You have reached the cached page for https://www.iloveoldschoolmusic.com/remember-head-from-good-times-we-found-him/2/
Below is a snapshot of the Web page as it appeared on 2/28/2021 (the last time our crawler visited it). This is the version of the page that was used for ranking your search results. The page may have changed since we last cached it. To see what might have changed (without the highlights), go to the current page.
You searched for: +t. k. carter and son daughter We have highlighted matching words that appear in the page below.
Bing is not responsible for the content of this page.
Remember "Head" From Good Times? We Found Him!

Actor T.K. Carter Was “Head” On Good Times, We Found Out What He’s Doing Today 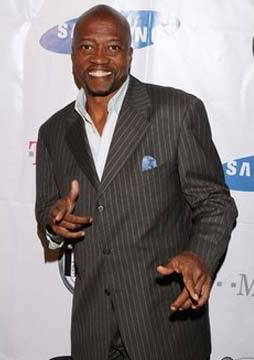 T.K. Carter is now 59 years young and we came across this recent video clip of him filling folks in on what he’s doing now, but it was his off the chain impersonations of Bernie Mac, President Obama, and Jessie Jackson, that really had us trippin’ out…it reminds us that T.K. has not lost his step one bit. We always knew the brotha was talented, but we had NO idea his gift for impersonating folks was on point like this! Check it out below and get your laugh on…

Wait, that’s not all! A few months ago T.K. Carter told one of the best pig stories EVER! If you’re a lil’ sensitive to a few curse words, you might not wanna click this one, but if not, check out this footage of what T.K. said while he was standing outside of a hair salon entertaining folks in true T.K. fashion….

T.K. has the ability to keep the old school comedic era alive of when comedians, like Richard Pryor and Redd Foxx, were taking folks on a ride with their storytelling ability and when Eddie Murphy was impersonating celebs so well, that you thought they were sitting right there in the room with him. Somebody needs to sign this dude up ASAP for another TV show, drama series, comedy film, whatever! He is too talented to not be heard and has the ability to turn the streets into his stage, all he needs is a camera and an audience.

What do you think ILOSM fam?’

OUR FANS LOVE THIS