You have reached the cached page for https://floridapolitics.com/archives/472147-miami-dade-floridas-largest-school-district-drops-all-mask-mandates/
Below is a snapshot of the Web page as it appeared on 1/17/2022 (the last time our crawler visited it). This is the version of the page that was used for ranking your search results. The page may have changed since we last cached it. To see what might have changed (without the highlights), go to the current page.
You searched for: +south miami middle school We have highlighted matching words that appear in the page below.
Bing is not responsible for the content of this page.
Miami-Dade, Florida’s largest school district, drops all mask mandates 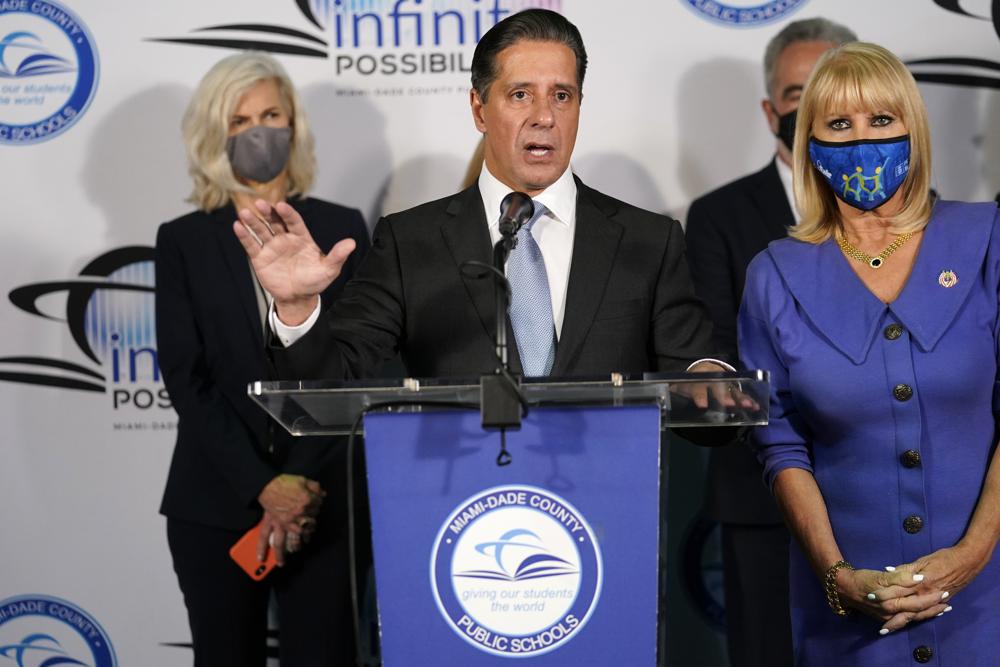 The Broward County School Board also dropped its mask mandate.

Florida’s largest school district is dropping all mask mandates, allowing parents in all grades to decide whether their children should wear a face covering, the superintendent announced Tuesday.

Miami-Dade County School Superintendent Alberto Carvalho made the announcement after a judge ruled last week that Republican Gov. Ron DeSantis was within his authority to allow parents to opt out of strict mandates. But rather than cite the decision, Carvalho said coronavirus cases are dropping, adding that protocols could change if cases spike again.

“On the basis of current health conditions, which are dramatically improved, effective tomorrow parents can access the parent opt-out form from any elementary or K-8 school in Miami-Dade,” Carvalho said at a news conference, adding that those children can stop wearing masks to school by Friday.

Earlier this month, Carvalho had relaxed mask requirements for middle schoolers and high schoolers, and said he would also allow elementary school students to opt out soon if cases continued to decline.

Reported cases of coronavirus have dropped from an average of 21,700 cases a day back in mid-August, when the school year began to an average of 1,500. Hospitalizations have also plummeted from about 17,000 to 1,300 patients.

Carvalho said three out of four schools in the district didn’t have any coronavirus cases last week, and most of them were elementary schools.

The two large school districts have been going against the DeSantis’ administration in strictly requiring masks of all students. The state’s health department imposed a rule, ordering districts to allow the parents the choice of whether the children wear masks.

The fight between the districts and the state has resulted in docked school board salaries, withholding of district funding and has drawn the attention of federal education officials.

Florida Politics is a statewide, new media platform covering campaigns, elections, government, policy, and lobbying in Florida. This platform and all of its content are owned by Extensive Enterprises Media.

© Copyright by Extensive-Enterprises 2022. All rights reserved.