You have reached the cached page for https://www.msn.com/en-us/lifestyle/weddings/serial-bad-weddings-3-crew-members-die-in-car-crash/ar-BB1g0Sm6
Below is a snapshot of the Web page as it appeared on 10/3/2021 (the last time our crawler visited it). This is the version of the page that was used for ranking your search results. The page may have changed since we last cached it. To see what might have changed (without the highlights), go to the current page.
You searched for: +serial (bad) weddings portugues 3 We have highlighted matching words that appear in the page below.
Bing is not responsible for the content of this page.
‘Serial (Bad) Weddings 3’ Crew Members Die In Car Crash
AdChoices
Matt Grobar 4/24/2021

A fourth crew member, who was also in the car, was taken to the Poitiers University Hospital in critical condition. News of the collision was first reported by French publication, La Nouvelle Republique.

While none of the crew members have been named yet, those who died were aged 19, 47 and 49. The head-on crash happened around 9 p.m., after the group had wrapped up filming for the day. In the other car caught up in the crash, there was only one person, who left the scene slightly injured, according to firefighters.

The French law enforcement branch known as the gendarmerie is now undertaking an investigation into the accident, to confirm the cause. As is typical in the case of fatal accidents, blood alcohol and narcotics tests were conducted, though the results have not yet been released.

Production on Serial (Bad) Weddings 3 had just kicked off on the day of the accident, and while a four-day shoot in Châtellerault was planned, it has now been brought to a halt.

Premiering in 2014, Serial (Bad Weddings) centered on a Catholic French couple whose lives were turned upside down, as their four daughters married men of different religions and origins. Directed by Philippe de Chauveron, the comedy was a smash internationally, grossing a total (in U.S. dollars) of 174.1 million. Starring Chantal Lauby, Christian Clavier and Ary Abittan, the film’s sequel, Serial (Bad) Weddings 2, was released in 2019. 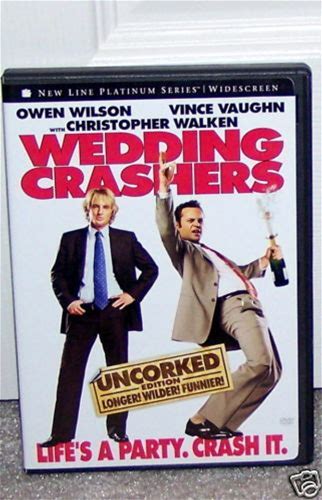 wedding crashers dvd
Microsoft and partners may be compensated if you purchase something through recommended links in this article.
TOPICS FOR YOU
AdChoices
Visit site
AdChoices
Feedback

We appreciate your input!

Please give an overall site rating: