You have reached the cached page for https://radiothen.blogspot.com/2015/03/the-producers-of-lone-ranger-employed.html
Below is a snapshot of the Web page as it appeared on 7/12/2021 (the last time our crawler visited it). This is the version of the page that was used for ranking your search results. The page may have changed since we last cached it. To see what might have changed (without the highlights), go to the current page.
You searched for: +samuel bischoff wikipedia actor bio We have highlighted matching words that appear in the page below.
Bing is not responsible for the content of this page.
RADIO then : The producers of the Lone Ranger employed a ruse to cover up the death of the actor who voiced the role.

The producers of the Lone Ranger employed a ruse to cover up the death of the actor who voiced the role.

The story is that the man who played the Lone Ranger on the radio was killed in an accident on the night that the show was supposed to go on the air. The producers had to replace him with someone, but didn't want to announce it because they didn't want kids to know that their hero had been killed. So, at the last minute, they hurriedly rewrote the episode with the Ranger injured and unable to speak. He grunted and groaned a bit, and then slowly got his voice (the voice of the new actor, of course) back over the next few weeks. In this way, they got listeners gradually used to the new actor, and kids never knew that their hero had been killed. You can hear some of these episodes from 1941 on our station... RADIOthen The LONE RANGER. The station player is at the column on the right.... 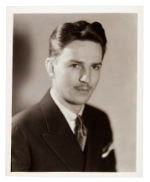 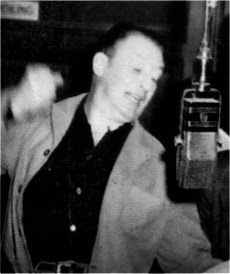 most shows for sale on mp3 cds

Follow us by Email: Sign up here to get notification of our newest RADIOthen playlists and profiles

shop and support us...

We are an OTRcat and Amazon.com Associate

Commissions earned from OTRcat.com and Amazon.com qualifying purchases help to support us. Thank you!