You have reached the cached page for https://www.panaynews.net/on-love-what-we-can-learn-from-rollo-may/
Below is a snapshot of the Web page as it appeared on 5/14/2021 (the last time our crawler visited it). This is the version of the page that was used for ranking your search results. The page may have changed since we last cached it. To see what might have changed (without the highlights), go to the current page.
You searched for: +rollo may theory of love We have highlighted matching words that appear in the page below.
Bing is not responsible for the content of this page.
On love: What we can learn from Rollo May
Sign in
Welcome!Log into your account
Forgot your password?
Password recovery
Recover your password

This has been a century-old knot that philosophers and psychologists alike have tried to unravel. So much so that the attempts yielded various conceptions of love which range from the philosophical to the rational vis-à-vis empirical (i.e. it is but a chemical reaction in the hypothalamus).

This Valentine season, perhaps I can contribute to an understanding of the question by sharing one simple yet very arresting perspective on love.

As a psychology student, my course requires me to enrol in a Theories of Personality class. Most of the theorists – they have tried to make sense of the human personality – have touched upon and expounded on the concept of love. From the psychoanalytic down to the evolutionary and biological paradigms, everyone seemed to have their own take on love. However, from among them, Rollo May set himself apart. Thus I’ll endeavour to communicate his thought and theory as best as I can.

May is a prolific writer who has penned many books on various topics that touch on psychology and existentialism. One of his most famous books on love is “Love and Will” (1969) where his seminal ideas on the interdependence of love and will are discussed. He is a humanistic existential psychologist, that means his view of humanity is more or less on the positive end of the spectrum – in contrast to the unconscious id-driven men Freud proffered – and he gives emphasis on humanity’s capability to shape his/her process of becoming, or simply put, existence. As one might observe, this philosophical foundation pervades his ideas on love.

Rollo May delineated love as pleasure or joy by being with another. It includes upholding that another’s value and development as he/she upholds his or her worth and growth. This is to say that to love is to care for someone as you would yourself. And, indeed, care is an important element of love, according to his conception.  Love without care is only an expression of transitory sexual impulse and hollow sentimentality, nothing more. However, care is not simply care as we often mean it — we can “take care” of others without caring for them! — it means the recognition of the other’s essential humanity and is consequently demonstrated by assuming an active role in positively shaping that other person’s development and fortification of well-being.

Other than care, Rollo May also linked love with will, that is the power to harness one’s energy to move towards a desired course and eventually toward a desired outcome.

In a very erudite yet simple way, May puts it that love is our first “yes” (when we were infants we are attached to our caregivers as they make sure we are well-fed, hence we are letting them maneuver us), whereas will is our first “no” (meaning we develop a conscious awareness of the external forces acting upon us and hence we consciously and selectively pick out the paths that would best serve us).

Love and will begin to diverge as people around us overly react with our exhibition of will. Taking it as rebellious, it is inhibited and stunted early on in life which leads to its maladaptive employment in relationships later on.

According to May, it is essential that love and will be knitted together, that they be restored in their unified state. Without will, love will only be sex, transient and devoid of commitment.  This is a daunting task but not at all improbable.

He suggests we begin by harnessing will by deliberately caring for others, not as will power to be dispensed to dominate and manipulate.

A couple of sentences back, I mentioned sex, and by this I mean not only the act but the kind of love identified by May. He actually provided a distinction between four kinds of love.

First is the sex, characterized by purely biological instinct to procreate and/or release sexual tension primarily through intercourse. This kind of love is very hedonistic yet at the same time the cause of great anxiety partly because of the taboo treatment directed at the act.

In a relationship we should not strive for sex but rather for the second, which is eros. This now is a psychological state, a desire to create or procreate, not merely by sex but through a long-lasting union with a loved one. The edifice of this kind of love is built on care and sensitivity.

Then there is  philia,  an intimate non-sexual friendship between two people. This is exemplified by best friends or chums. This kind of love serves as the rails by which eros is approached.

Last, agape, is altruistic love or loving beyond one’s love for one’s self. Considered as undeserved and unconditional, it is typified as God or the Divine’s love for women and men and classically epitomized by Mother Theresa of Calcutta.

By virtue of his very practicable ideas – which I think would benefit people if they are to navigate their relationships through and with it — I choose to share Rollo May’s thought and theory. This Valentine season and for the remaining season of the year and the years to come — most especially in this era of conflicts and animosity— may we always remember May’s tripartite conception keeping in mind that there can be no greater gift we can extend to a loved one than the embodiment of care, love and will.

The facts on Rollo May and his theory presented in this article were drawn from his book “Love and Will’ (1969) and Jess & Gregory Feist’s “Theories of Personality [7th Ed.]” (2008). (jhionav14@gmail.com/PN) 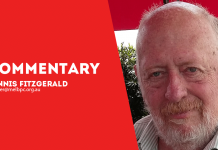 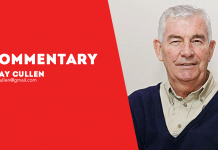 Journalists and the truth under threat

ABOUT US
© Copyright 2021 - Panay News Philippines. All Rights Reserved