You have reached the cached page for https://www.amazon.com/Rocket-Science-Original-Picture-Soundtrack/dp/B01M24YBNQ
Below is a snapshot of the Web page as it appeared on 7/30/2020 (the last time our crawler visited it). This is the version of the page that was used for ranking your search results. The page may have changed since we last cached it. To see what might have changed (without the highlights), go to the current page.
You searched for: +rocket science movie music We have highlighted matching words that appear in the page below.
Bing is not responsible for the content of this page.
Rocket Science (Original Motion Picture Soundtrack) by Eef Barzelay on Amazon Music - Amazon.com 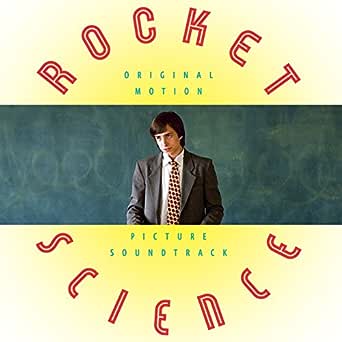 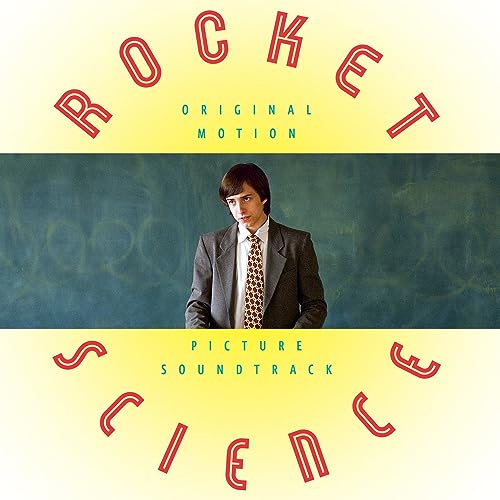 4.3 out of 5 stars
4.3 out of 5
4 global customer ratings
How does Amazon calculate star ratings?
Amazon calculates a product’s star ratings based on a machine learned model instead of a raw data average. The model takes into account factors including the age of a rating, whether the ratings are from verified purchasers, and factors that establish reviewer trustworthiness.
Top Reviews

S. Lillehei
5.0 out of 5 stars buy this sweet soundtrack! with some gorgeous music
Reviewed in the United States on August 28, 2007
Verified Purchase
The score to this sweet and quirky film about a boy who must deal with high school and stuttering takes you on an emotional ride that will tug at your own heart and bring back nostalgic memories. The closing song "I love the Unknown" by Eef Barzelay of Clem Snide is one of my top ten all time favorite songs and is icing on the cake for several other beautiful new tunes by this talented songwriter.
Read more
7 people found this helpful
Helpful
Comment Report abuse

B. K. Helton
4.0 out of 5 stars Eef Barzelay's Rocket Science
Reviewed in the United States on July 7, 2013
Verified Purchase
This is a great soundtrack. It is quirky, clever, fun, and relaxing to listen to. If you like 'Indie' music, you will most likely enjoy this album. Check it out.
Read more
Helpful
Comment Report abuse

C. L. Henson
4.0 out of 5 stars Actually, I think there are SIX stanzas to Battle Hymn of the Republic
Reviewed in the United States on January 6, 2009
The hymn was born dur­ing the Amer­i­can ci­vil war, when Julia Howe vis­it­ed a Un­ion Ar­my camp on the Po­to­mac Riv­er near Wash­ing­ton, D. C. She heard the sol­diers sing­ing the song "John Brown's Body," (John Brown was an Amer­i­can abo­li­tion­ist who led a short lived in­­sur­­rect­­ion to free the slaves). Apparently tak­en with the strong march­ing beat, Mrs. Howe wrote the words the next day. The hymn ap­peared in the At­lant­ic Month­ly in 1862. It has been traditionally sung at the fun­er­als, including those of Brit­ish states­man Win­ston Church­ill, Amer­i­can sen­at­or Ro­bert Ken­ne­dy, and Am­er­i­can pre­si­dents Ron­ald Rea­gan and Ri­chard Nix­on.

Don't overthink it -- it's a great battle song, meant to give courage to soldiers. Let it go at that, eh?

Thomas M. Sipos
VINE VOICE
3.0 out of 5 stars Who censored Christ from the soundtrack?
Reviewed in the United States on March 3, 2008
One of the key songs of ROCKET SCIENCE's soundtrack is "The Battle Hymn of the Republic." It's part of the film's plot. And a new arrangement is sung over the end credits.

This song has 5 stanzas. But only the first 4 stanzas are sung. There's enough time to sing the 5th stanza -- the one that references Christ. Instead, the song repeats the refrain a second time.

You hear about "liberal" Hollywood. Maybe I'm just paranoid, but it's a curious omission, dropping the 5th stanza.

I wonder, since this is an HBO/Time-Warner film, was somebody uneased by the Christ reference? And if Christ was censored out, did that decision come from the creative or corporate end?

If you're gonna include the first 4 stanzas (thus singing most of the song), it makes sense to sing the 5th stanza too, yes? Especially since you have the time, which you pad by singing the refrain a second time.

"The Battle Hymn of the Republic" is the epitome of a Judeao-Christian song, in that it combines Old Testament imagery with a specific reference to Christ. You thus have both the "Judaeo" and "Christian" halves.

But I guess the "Christian" half of Judaeo-Christianity bothers some people.

For the curious, here's the missing 5th stanza (the song is in the public domain, so it's okay to repring it):

In the beauty of the lilies Christ was born across the sea,
With a glory in his bosom that transfigures you and me;
As he died to make men holy, let us die to make men free,
While God is marching on.
Read more
4 people found this helpful
Helpful
Comment Report abuse
See all reviews