You have reached the cached page for https://www.discoverwalks.com/blog/london/top-10-facts-about-richmond-park-london/
Below is a snapshot of the Web page as it appeared on 1/8/2021 (the last time our crawler visited it). This is the version of the page that was used for ranking your search results. The page may have changed since we last cached it. To see what might have changed (without the highlights), go to the current page.
You searched for: +richmond palace england We have highlighted matching words that appear in the page below.
Bing is not responsible for the content of this page.
Top 10 Facts about Richmond Park, London - Discover Walks Blog 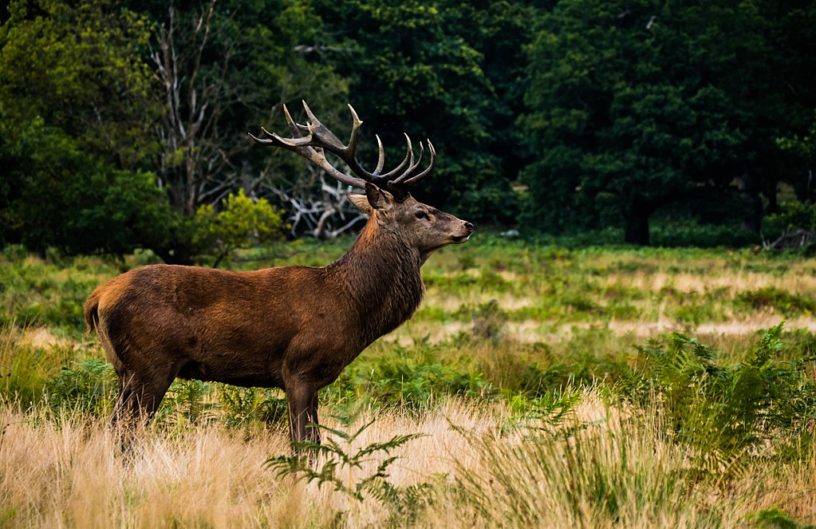 Fascinating facts about the Palace of Holyroodhouse 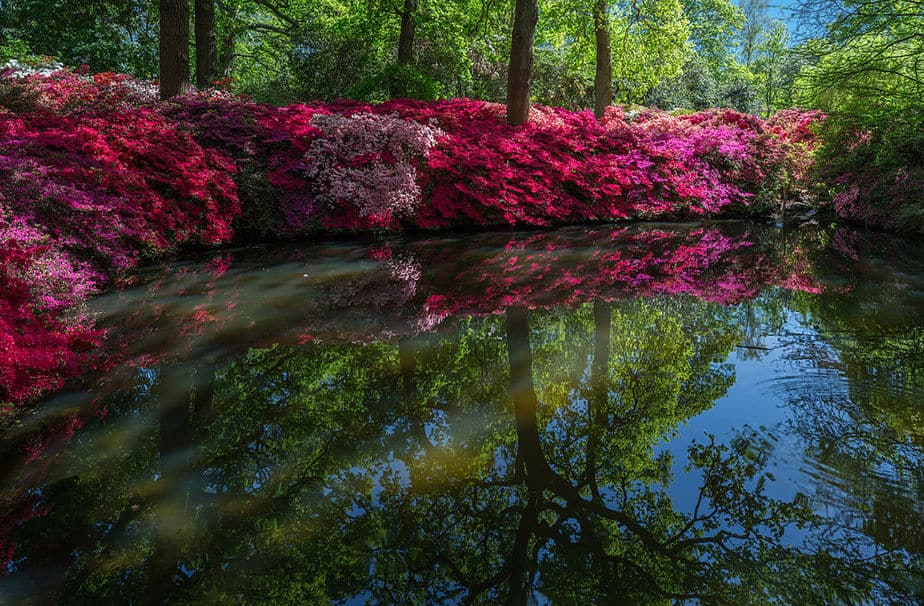 There are various neighborhoods comprising the metropolis that is London. Each neighborhood has its own charm, its own characteristics, and its own vibe. We recommend checking out Richmond upon Thames, a large borough in the southwestern section of the city.

Richmond upon Thames has one of the biggest and most popular parks in the entire city – Richmond Park. The largest of London’s Royal Parks, this nature haven is very important to the city, and the ecosystem, for many reasons. Here we have listed the top 10 facts about this beautiful green space that so many Londoners enjoy.

1) The park is a national nature reserve 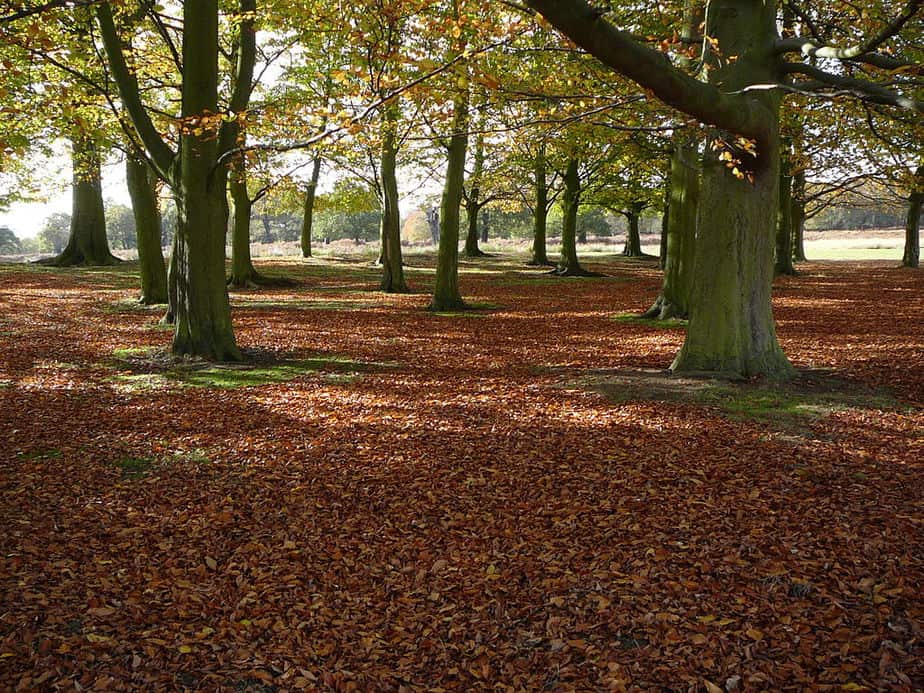 National nature reserves are decided by Natural England, a public body that is sponsored by the Department for Environment, Food and Rural Affairs. Natural England is in charge of protecting and improving the natural environment, and helping people understand the beauty of the nature surrounding them.

The reserves that are determined by this organization are recognized as key places for wildlife and natural beauty in the country. They are created to protect areas of habitat, geological formations, and species that reside in the area. The reserves, or NNRs, are managed by non-governmental organizations to keep the beauty alive.

There are over 224 NNRs just in England, covering .71% of England’s total land area. Being designated a nature reserve is an important decision, since they are infrequent, and really classify the area as something that needs to preserved and kept.

2) Richmond Park is also a Site of Special Scientific Interest 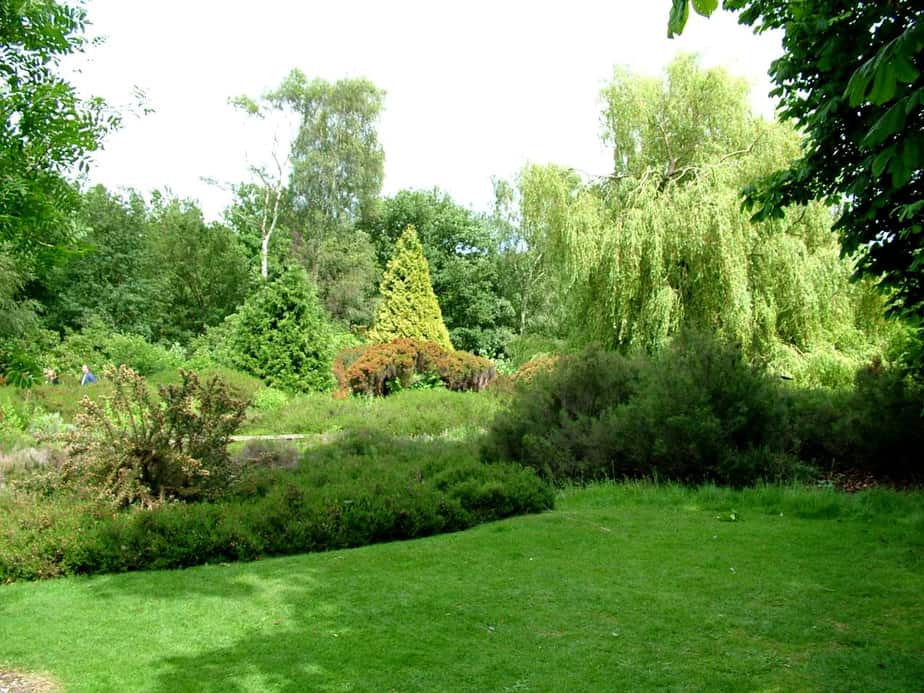 A Site of Special Scientific Interest, or an SSSI, is a protected area in the UK. These sites are further broken down into either a biological or geographic SSSI. Most of Richmond Park, almost 856 hectares, is included in the site. It was designated in 1992, and is the largest site in London.

Richmond Park is considered a site due to the royal deer park in effect since the 17th century, producing various habitats to different kinds of wildlife. Because of this, the deadwood beetle fauna with ancient trees in the parkland has thrived due to the ecosystem established here. Furthermore, the park has the biggest area of dry acid grassland in the Greater London area.

3) The White Lodge is a Grade-I listed building 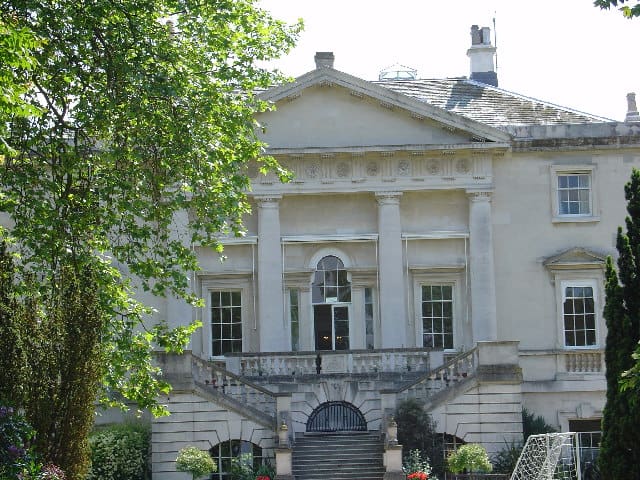 This Georgian house was originally built as a hunting lodge for George II after he gained the throne in 1727. Completed in 1730, the house was named New Lodge. The lodge changed hands between George’s wife, the Prime Minister, and Queen Caroline’s daughter in the following years.

In 1968, the name White Lodge first appeared. After restoration at the end of the 18th-century, George III gave the house to another prime minister. In 1844, Queen Victoria gave the house to her aunt, the last surviving daughter of George III. By the very beginning of the 20th-century, the lodge was then occupied by Eliza Hartmann, an affluent widow in London. In 1923, the house returned to royalty, with the Duke of York and the Dutchess of York regaining control. The house remained under their reign until 1925, when the building was leased by the Crown Estate.

In the mid-1950s, the Sadler’s Wells Ballet School was allowed permission to use the White Lodge permanently for their training. The school later became the famous Royal Ballet School in 1956, and is recognized as one of the best ballet schools in the world in today’s society. 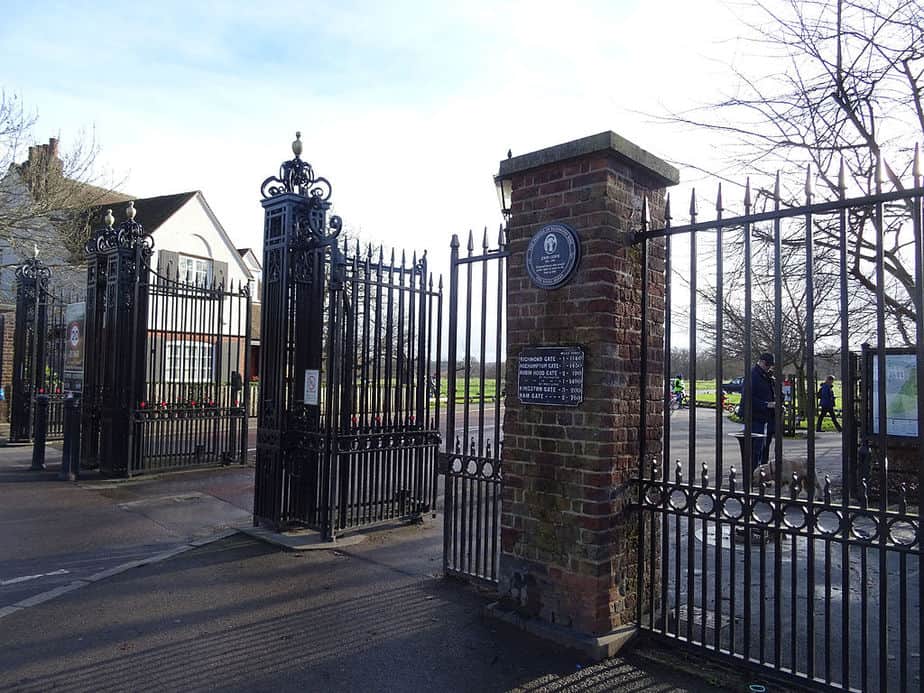 The Friends of Richmond Park is a charity organization that was established in 1961 to protect the peace and natural beauty of the area. In 1960 the speed limit had been raised to 30 mph in the park, and people voiced concerns that the roads would be then used for through traffic and cars would drive too fast. In 1969, plans to assign the park’s roads to the national highway were revealed to the public by the Friends – which caused the Greater London Council to withdrawal those plans. The speed limit was then reduced back down to 20 mph in 2004.

In 2011, the Friends created outdoor film screenings in the park, letting the public enjoy the open air and free space. A year later, the Friends financially contributed towards a new Jubilee Pond, and has since been working with The Royal Parks to refurbish and restore some of the streams and ponds.

The Friends organization has around 2500 members, and is run by 150 volunteers – with no paid staff. The Friends Forum, a network to keep an open line of communication, allows the members to regularly discuss issues and say their own viewpoints. 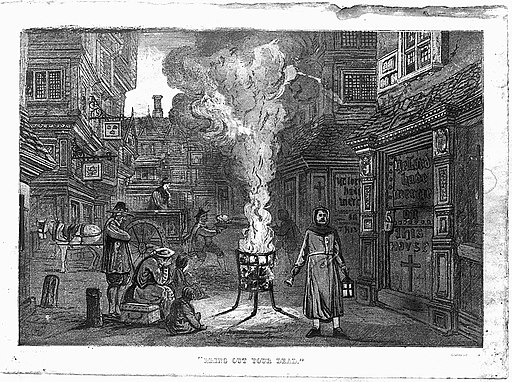 In 1625, Charles I brought his court to Richmond Palace in an attempt to escape the deadly plague in London. He thereby turned the area on the upper section of the hill above Richmond into a park, so he could enjoy hunting fallow deer. The Palace was a royal building that existed in the 16th and 17th centuries, bordering the bank of the Thames River, opposite of Westminster.

The park was originally referred to as the “New Park,” to provide clarification from the other existing park in Richmond. This park is now known as Old Deer Park, which contains 140 hectares, much of which is used for recreational activities and sport. In 1637, Charles I appointed the 2nd Earl of Portland to be the keeper of the new park. Charles also decided to enclose the park, only allowing pedestrians the right of way within the borders. Even now, the walls he erected remain, although they have been refurbished and fixed in the years after the initial building. 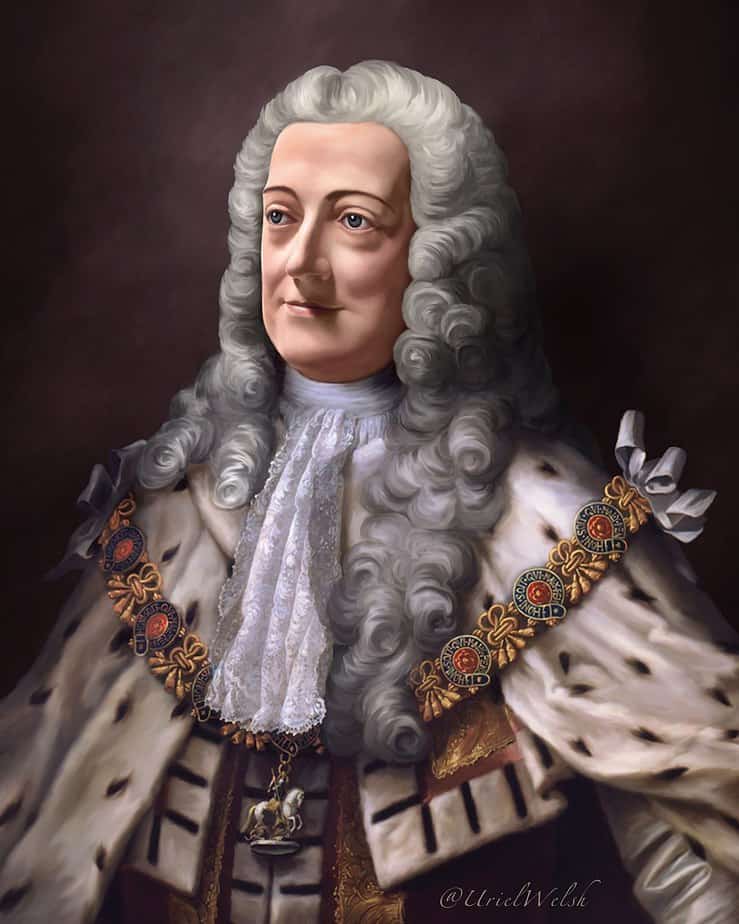 In 1719, Caroline of Ansbach and the future George II of Great Britain bought the Richmond Lodge for a residence. Caroline was a sought-after bride in her young years, rejecting the likes of the King of Spain, Archduke Charles of Austria, and finally settling on George Augustus. The building they bought had first been a hunting lodge for James in 1619, and was then taken over by William III.

When she and George purchased the house, Richmond Park and Richmond Gardens were one singular unit. The Richmond Gardens were combined with Kew Gardens by George III in the 1800s. Kew is a botanic garden that currently houses the most diverse botanical collections in the world. The garden was founded in 1840 from the garden at Kew Park in Middlesex.

Besides the combination of the gardens, another change was made in the 1700s. In 1736, the Queen’s Ride path was created through woodland to create an avenue through the park. Bog Gate was opened as a private entrance for Caroline to enter on her journeys. The same map that was referenced in 1734 shows Pen Ponds, two lakes that are divided by a causeway. The ponds were dug in 1746 and were referred to as the Canals.

After Caroline’s death in 1737, the Richmond Lodge fell out of use for almost 30 years. In 1764, her grandson, George III, began to use the lodge again as his summer residence until 1772. In 1772, he switched his summer lodging spot to Kew Palace – and unfortunately had Richmond Lodge demolished. 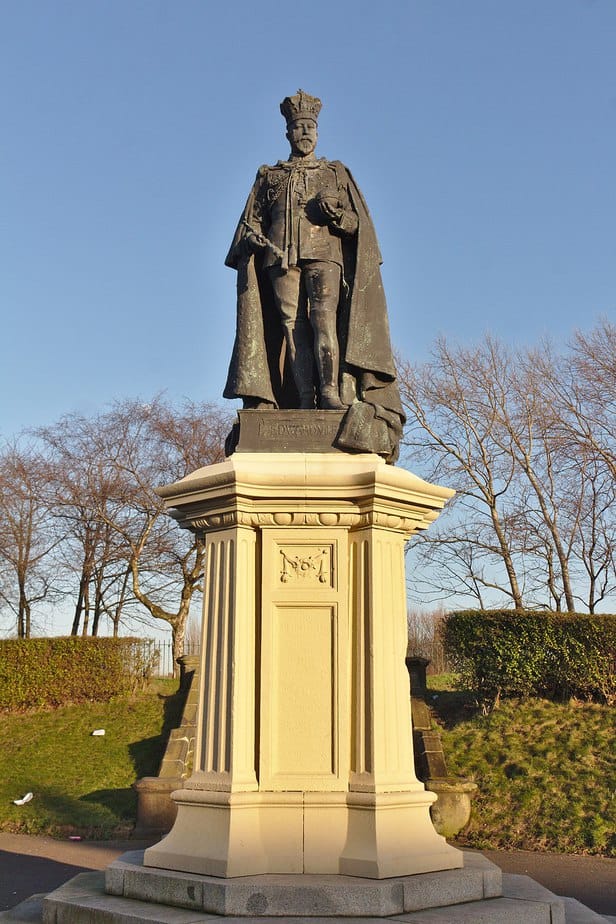 Edward VII developed the park as a public amenity by opening the fenced-in woods and creating public gates. Edward was the King of Great Britain and Ireland from 1901-1910. A further change was the creation of football and cricket pitches in the areas of the park in 1915, allowing for recreational use.

A golf course was created in an area where the royal family used to hunt deer, an area given the term the ‘Great Paddock.’ The golf course was opened by the Prince of Wales in 1923, who later became the Duke of Windsor.

During World War I, the park served as a base for training, and more specifically, calvary training. Further uses include housing a South African military war hospital from 1916-1925, which was closed and subsequently demolished after it became inactive.

8) There are six original gates in the park 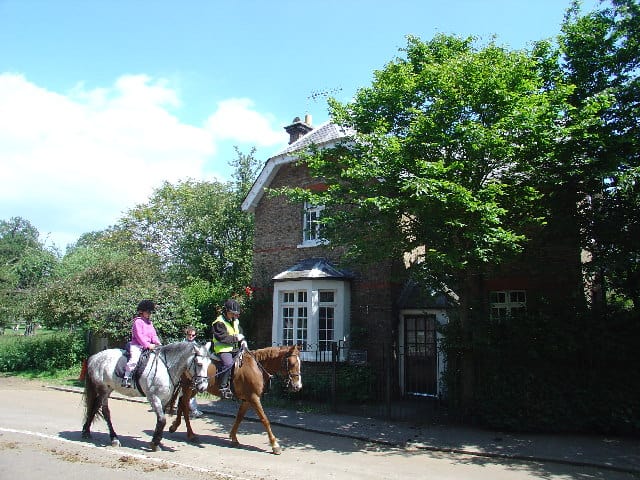 After the park was shut-off and enclosed in 1637, there were six gates within the boundary wall. The gates were designed by Sir John Soane, and slightly widened in the late 19th-century. Soane was an English architect that specialized in the Neo-classical style of building.

Coombe Gate, which was later known as Ladderstile, allowed the parishioners of Coombe access to the park via a gate and step ladder. The step ladder remained in place until 1884 when it was removed. The other gates are Ham, which was widened in 1921, Richmond, which has the heaviest traffic and pedestrian usage, Robin Hood, Roehampton, which had wrought-iron gates installed in 1899, and Sheen Gate.

Robin Hood Gate gains its name from the Robin Hood Inn, a nearby establishment that was demolished in the early-21st-century. The gate has been closed to cars and trucks since 2003, with the push to make gates more friendly for pedestrians. 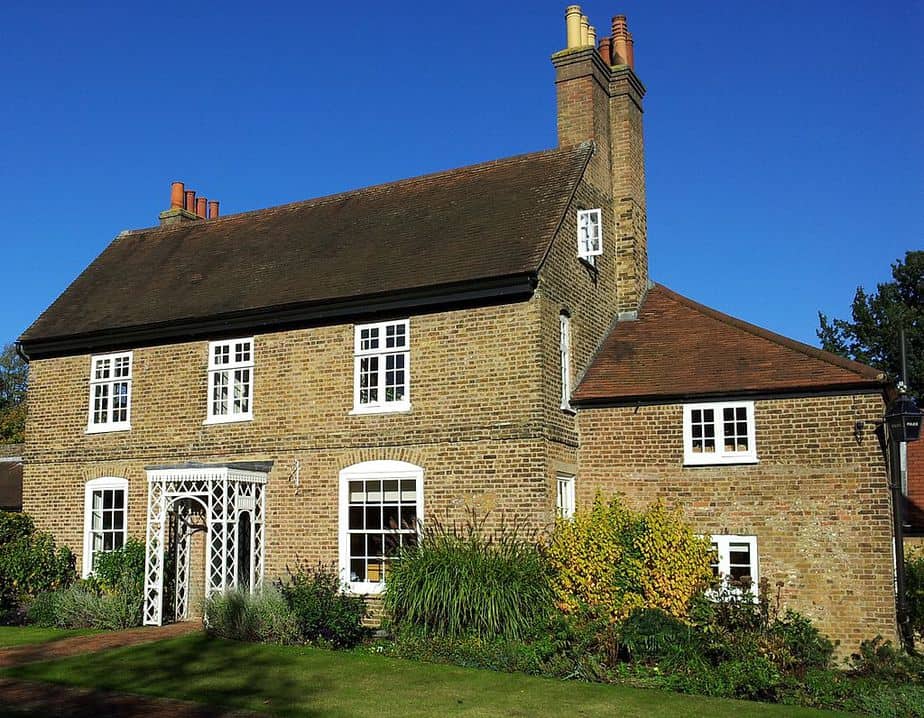 To replace the demolished lodge, a new lodge was constructed in 1735, called Cooper’s Lodge. Built on the site of Hill Farm, it has changed its name many times in the following years, going from Luca’s Lodge, to Bog Lodge, and finally, Holly Lodge in 1993.

The Holly Lodge includes the Holly Lodge Center, a creative space that lets people of all ages learn from an educational and interactive experience, focusing on environmental facts and issues, Victorian history, and the history of Richmond Park.

10) Isabella Plantation is a woodland garden within the park 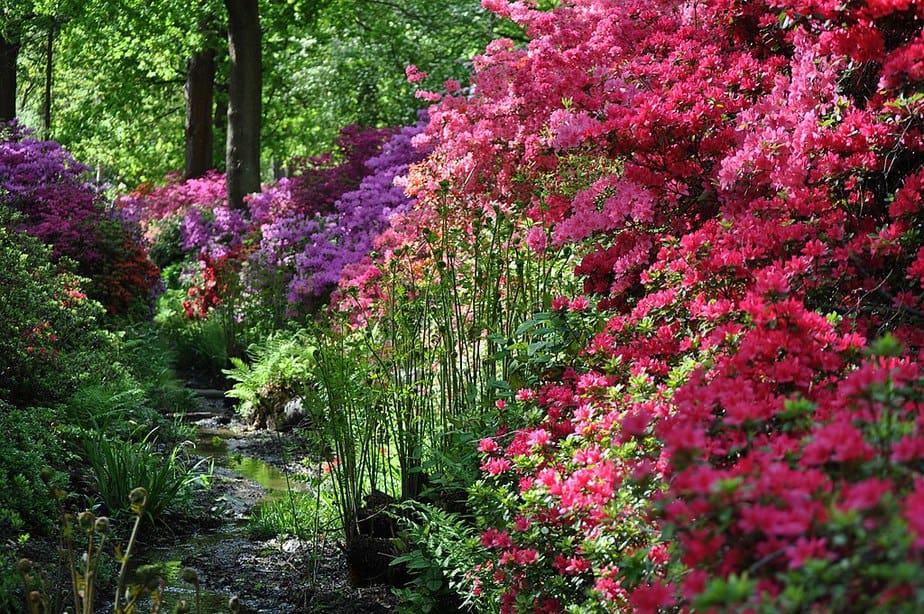 Originally a part of the boggy section of the park, the Isabella Plantation was created in the early 19th-century. Lord Sidmouth, the Deputy Ranger of Richmond Park, fenced in an area to keep the deer away. After World War II, the fenced-in section was then made into a woodland garden. Opened in 1953, the plantation is now an extremely popular visitor attraction, featuring colorful flora and fauna.

Richmond is a bustling and popular neighborhood in the lively city of London. One major attraction that sets Richmond apart from the rest is the extensive, and beautiful, Richmond Park. 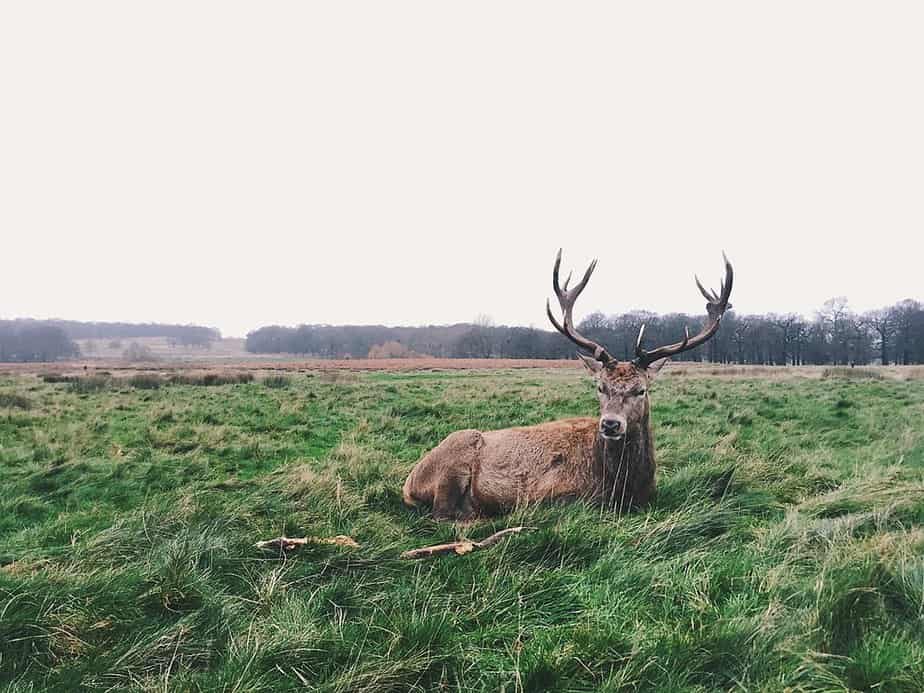 Richmond Park is home to various wildlife, plant species, beautiful flowers, historical buildings, incredible viewpoints, and extensive history. While you are enjoying your vacation in London, be sure to stop and walk around the sprawling landscape of the biggest of the Royal parks in London.

Fascinating facts about the Palace of Holyroodhouse

To support our blog and writers we put affiliate links and advertising on our page. Read more.