You have reached the cached page for https://www.ambydennis.com/2021/10/mfm-devotional-22-october-2021-lessons.html
Below is a snapshot of the Web page as it appeared on 12/6/2021 (the last time our crawler visited it). This is the version of the page that was used for ranking your search results. The page may have changed since we last cached it. To see what might have changed (without the highlights), go to the current page.
You searched for: +queen vashti wikipedia english We have highlighted matching words that appear in the page below.
Bing is not responsible for the content of this page.
MFM Devotional 22 October 2021 – Lessons From The Life Of Queen Esther - Daily Devotionals, lifestyle & Inspirations 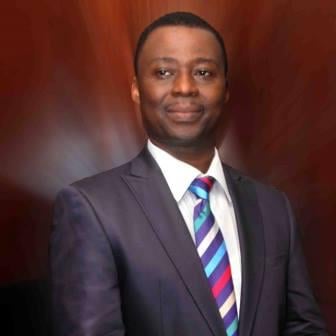 1 When Mordecai perceived all that was done, Mordecai rent his clothes, and put on sackcloth with ashes, and went out into the midst of the city, and cried with a loud and a bitter cry;

3 And in every province, whithersoever the king’s commandment and his decree came, there was great mourning among the Jews, and fasting, and weeping, and wailing; and many lay in sackcloth and ashes.

4 So Esther’s maids and her chamberlains came and told it her. Then was the queen exceedingly grieved; and she sent raiment to clothe Mordecai, and to take away his sackcloth from him: but he received it not.

5 Then called Esther for Hatach, one of the king’s chamberlains, whom he had appointed to attend upon her, and gave him a commandment to Mordecai, to know what it was, and why it was.

6 So Hatach went forth to Mordecai unto the street of the city, which was before the king’s gate.

7 And Mordecai told him of all that had happened unto him, and of the sum of the money that Haman had promised to pay to the king’s treasuries for the Jews, to destroy them.

8 Also he gave him the copy of the writing of the decree that was given at Shushan to destroy them, to shew it unto Esther, and to declare it unto her, and to charge her that she should go in unto the king, to make supplication unto him, and to make request before him for her people.

9 And Hatach came and told Esther the words of Mordecai.

10 Again Esther spake unto Hatach, and gave him commandment unto Mordecai;

11 All the king’s servants, and the people of the king’s provinces, do know, that whosoever, whether man or women, shall come unto the king into the inner court, who is not called, there is one law of his to put him to death, except such to whom the king shall hold out the golden sceptre, that he may live: but I have not been called to come in unto the king these thirty days.

12 And they told to Mordecai Esther’s words.

13 Then Mordecai commanded to answer Esther, Think not with thyself that thou shalt escape in the king’s house, more than all the Jews.

14 For if thou altogether holdest thy peace at this time, then shall there enlargement and deliverance arise to the Jews from another place; but thou and thy father’s house shall be destroyed: and who knoweth whether thou art come to the kingdom for such a time as this?

15 Then Esther bade them return Mordecai this answer,

16 Go, gather together all the Jews that are present in Shushan, and fast ye for me, and neither eat nor drink three days, night or day: I also and my maidens will fast likewise; and so will I go in unto the king, which is not according to the law: and if I perish, I perish.

MEMORY VERSE: “Go, gather together all the Jews that are present in Shushan, and fast ye for me, and neither eat nor drink three days, night or day: I also and my maidens will fast likewise; and so will I go in unto the king, which is not according to the law: and if I perish, I perish.” – Esther 4:16

MOTIVATIONAL QUOTE:Fear not, the battle is the Lord’s.

PRAISE WORSHIP: Take a worship song as led by the Holy Spirit

PROPHETIC WORD FOR TODAY:YOU SHALL SEE THE END OF EVERY POWER ASSIGNED TO TERMINATE YOUR LIFE, IN THE NAME OF JESUS.

Queen Esther was a beautiful young Jewess brought up by her cousin, Mordecai, in the days of the Persian captivity. She became the Queen after Queen Vashti was removed because she refused to obey the command of her husband, king Ahasuerus. Her exalted position of a queen had no effect on Esther’s love and loyalty toward her people (the Jews). When Mordecai confronted her about the calamity that was about to befall her people, Esther risked her life to approach the king uninvited, which attracted death penalty. She said “If I perish, I perish” (Esther 4:16). This should be the life of a Christian. A follower of Christ should defend his faith, no matter the situation.

This courageous act put up by Queen Esther gives a model to follow in approaching a difficult or dangerous task. You are to see privileges like Esther who believed that the safety of her people was more important than her life. She prepared for this mission by gathering support, fasting and moving into action. What situation is staring at you that you need to confront? Take action with boldness in Christ as Esther did and you shall be victorious.

Esther had a deep sense of destiny. She believed that her becoming a queen in a time like that was orchestrated by God to save the Jewish race (Esther 4:14). You must also note that no one is secure in his or her own strength. Esther was a queen and she shared some of the king’s power and wealth, yet she still sought for God’s protection and wisdom. It is foolish to believe that wealth or position can protect you in the time of danger. Deliverance and safety come only from God.

This is another lesson to learn from the life of Queen Esther. God’s timing is punctual and perfect. You must learn to trust that timing. Also learn that anywhere God puts you, it is an opportunity to fulfil His purpose. Similarly, when you face any challenge in life, seek to know what God wants you to do and do it.

Beloved, God has called you to His kingdom “for such a time as this”. Are you willing to defend the kingdom of God by telling people about His goodness towards mankind? 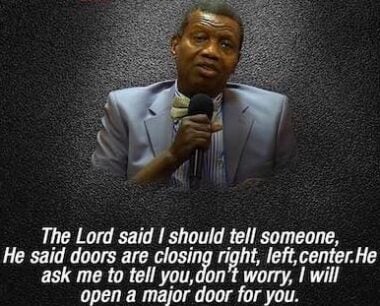 Created By SoraTemplates | Distributed By Gooyaabi Templates
Powered by Blogger.