You have reached the cached page for https://wikimili.com/en/Tabitha_King
Below is a snapshot of the Web page as it appeared on 8/16/2020 (the last time our crawler visited it). This is the version of the page that was used for ranking your search results. The page may have changed since we last cached it. To see what might have changed (without the highlights), go to the current page.
You searched for: +patricia m. collins wikipedia - wife of george We have highlighted matching words that appear in the page below.
Bing is not responsible for the content of this page.
Tabitha King - WikiMili, The Best Wikipedia Reader

As of 2006, King had published eight novels and two works of non-fiction. [9] [10] She published her first novel, Small World, through Signet Books in 1981, [11] and in 2006, Candles Burning was published through Berkley Books. [12] [13] Candles Burning was written predominantly by Michael McDowell, who died in 1999, and the McDowell family requested that King finish the work. [14]

King has served on several boards and committees in the state of Maine, such as the Bangor Public Library board. [15] She also served on the board of the Maine Public Broadcasting System until 1994. [16] She received a Constance Carlson award for her work with literacy for the state of Maine. [17]

She currently serves as vice president of WZON/WZLO/WKIT radio stations as well as in the administration of two family philanthropic foundations. [15]

Reception to King's work has been mixed to positive. [18] [19] [20] Pearl received positive mentions from the Los Angeles Times and the Bangor Daily News, [21] [22] while the Chicago Tribune panned Survivor. [23] The Arizona Daily Star criticized One on One, calling King "a hack", [24] whereas Entertainment Weekly , Time , and the Rocky Mountain News gave the novel positive reviews. [25] [26] [27] Caretakers received positive praise by The New York Times , [28] while Bookreporter.com wrote that some readers might be disappointed by the changes made to McDowell's Candles Burning. [29]

Entries marked with an asterisk are set in King's fictional community of Nodd's Ridge.

Stephen Edwin King is an American author of horror, supernatural fiction, suspense, crime, science-fiction, and fantasy novels. His books have sold more than 350 million copies, and many have been adapted into films, television series, miniseries, and comic books. He has published 61 novels, including seven under the pen name Richard Bachman, and six non-fiction books. He has written approximately 200 short stories, most of which have been published in book collections.

Old Town is a city in Penobscot County, Maine, United States. The population was 7,840 at the 2010 census. The city's developed area is chiefly located on the relatively large Marsh Island, though its boundaries extend beyond that. The island is surrounded and defined by the Penobscot River to the east, and the Stillwater River to the west.

Angus Stanley King Jr. is an American politician and attorney serving as the junior United States Senator from Maine since 2013. A political independent since 1993, he was the 72nd Governor of Maine from 1995 to 2003.

WKIT-FM is a commercial FM radio station licensed to Brewer, Maine, serving the Bangor area of Central Maine. It airs a mainstream rock radio format, calling itself "The Rock of Bangor."

WZON is an AM radio station broadcasting an oldies format, with one afternoon talk show. The station is licensed to Bangor and serves Central Maine. 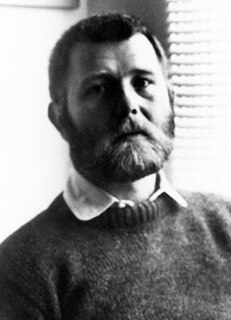 Michael McEachern McDowell was an American novelist and screenwriter described by author Stephen King as "the finest writer of paperback originals in America today". His best-known work is the screenplay for the Tim Burton film Beetlejuice.

The Miss Maine USA competition is the pageant that selects the representative for the state of Maine in the Miss USA pageant. The pageant is directed by The Clemente Organization based in Malden, Massachusetts.

The Penobscot Narrows Bridge is a 2,120 feet (646 m) long cable-stayed bridge that carries US 1/SR 3 over the Penobscot River. It connects Verona Island to Prospect, in the U.S. state of Maine. It replaced the Waldo–Hancock Bridge, built in 1931.

The Bangor Public Library is the public library of Bangor, Maine. It shares the URSUS online cataloging system with the University of Maine and other Maine libraries.

WZLO is a commercial FM radio station broadcasting an adult album alternative format. Licensed to Dover-Foxcroft, Maine, the station serves the Bangor area. It is also broadcast on 98.3 in Bangor using an FM translator. The studios and offices are in Bangor, while the transmitter is off Route 15 in Charleston, Maine.

Burton Norval Hatlen was an American literary scholar and professor at the University of Maine. Hatlen worked closely with Carroll F. Terrell, an Ezra Pound scholar and co-founder of the National Poetry Foundation, to build the Foundation into an internationally known institution. 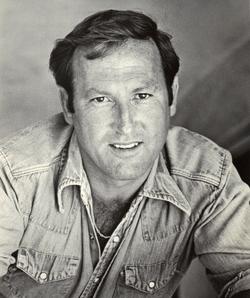 Herbert L. Mitchell, Jr., credited as Herb Mitchell and sometimes Herb L. Mitchell, was an American actor, director, and teacher. He was a stockbroker before he made the switch to acting, appearing in films; stage plays such as The Fiddler on the Roof, in which he played the lead role of Tevye; television shows including The Practice, on which he had a recurring role; and commercials, including ones for stock brokerage firms Dean Witter Reynolds and Paine Webber. He was married twice and had five children.

The 2018 Maine gubernatorial election took place on November 6, 2018, to elect the next Governor of Maine. It occurred along with elections for the U.S. Senate, U.S. House, and other state and local elections. Incumbent Republican Governor Paul LePage was term limited and could not seek reelection to a third consecutive term in office, although he did later announce his campaign for a third term in the 2022 election.

Patricia M. Collins is an American civic leader and politician who served as the mayor of Caribou, Maine from 1981 to 1982. She has chaired numerous local and state boards and organizations, including the Caribou School Board, the Maine Committee for Judicial Responsibility and Disability, Catholic Charities Maine, and the University of Maine Board of Trustees. She was inducted into the Maine Women's Hall of Fame in 2005.

Marti Stevens was an American educator and theater director. Born in Chicago, she spent 10 years as a professional director and actress on off-Broadway stages in New York City before relocating to the rural community of Cornville, Maine. There she developed adult education and literacy programs for high-school dropouts, teen parents, the disabled, prison inmates, and seniors. She also taught composition at the university level. She created and directed an amateur theatre group, the Cornville Players, from 1974 to 1993, and founded an improvisational theatre group called Teens 'N Theater for high school students. She was posthumously inducted into the Maine Women's Hall of Fame in 1996.