You have reached the cached page for https://www.dailymail.co.uk/sport/formulaone/article-2415070/Nicolas-Hamilton-fighting-inspire-cerebral-palsy-sufferers.html
Below is a snapshot of the Web page as it appeared on 6/6/2021 (the last time our crawler visited it). This is the version of the page that was used for ranking your search results. The page may have changed since we last cached it. To see what might have changed (without the highlights), go to the current page.
You searched for: +nicholas hamilton racing shop We have highlighted matching words that appear in the page below.
Bing is not responsible for the content of this page.
Nicolas Hamilton fighting to inspire cerebral palsy sufferers | Daily Mail Online

Hamilton: On my first drive I wasn't strong enough to brake and ended up in a ditch

Nicolas Hamilton was desperate to have a crack at driving, just like his older half-brother, Formula One's Lewis Hamilton, but his first attempt behind the wheel almost ended in disaster.

'I'd been badgering my parents to let me have a go in a kart for ages,' says Nick, who has severely disabled legs as a result of cerebral palsy, 'and in the end they let me in a Stevenage car park when I was seven. 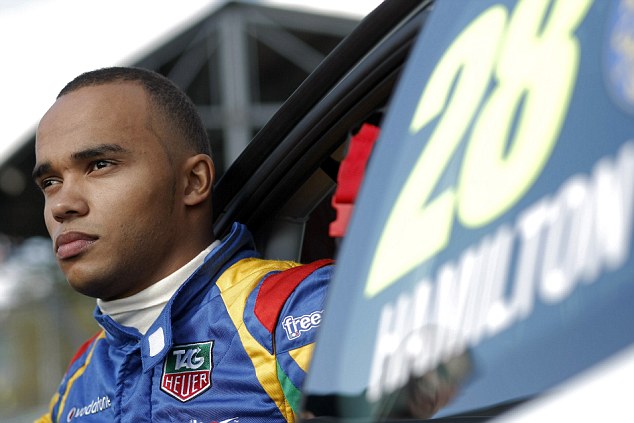 His way: Nicolas Hamilton believes in his own ability

'But I discovered I didn't have the strength to brake and ended up crashing into a kerb and flying into a ditch full of water six feet below. After that I was scared and my parents wouldn't let me near a car.'

Yet Nick has since battled to clear the many obstacles in his life to the extent that he is now a racer in his own right, having driven a car for the first time only three years ago.

Now 21, he competed for two years in the Renault Clio Cup in 2011 and 2012, before switching to the European Touring Car Cup this season.

'I became good at [computer] simulation and won the British championship,' he says. 'This was partly thanks to Lewis, who I used to compete against every night and often beat.

'He then suggested I should give driving a go, and after a stint in an [adapted] BMW M3 at Jonathan Palmer's Bedford track in 2010, I discovered I was as fast as the instructors within five laps. Jonathan, a former F1 driver, my dad Anthony - who always tells you how it is! - and myself were amazed. That's when we decided to enter the Clio Cup and go from there.'

So much so that he plans to join the British Touring Car Cup Support Series for 2014, the full BTCC in 2015 then, ultimately, the DTM Series - 'the Formula One of touring cars,' he says - and the 24-hour Le Mans race. 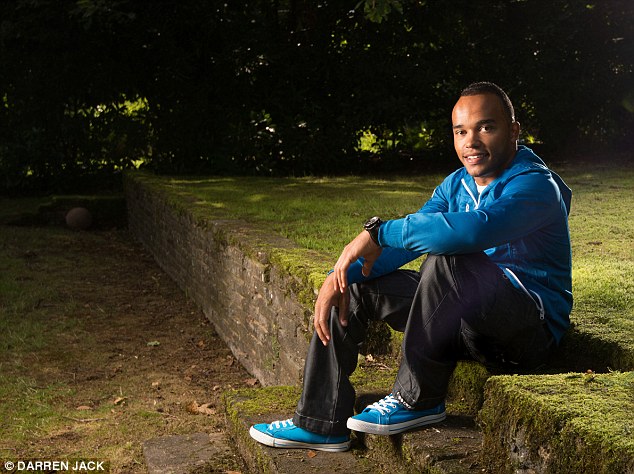 And while spurning Lewis's offers of financial assistance to support his racing, Nicholas admits his brother's moral support has been invaluable.

He says: 'It was Lewis who first suggested I give racing a go after I won the British simulation championships and he's been a fantastic supporter and role model for me. I've told him I appreciate his [financial] offers but I must do it for myself.

'Lewis gets frustrated with me because of this but, at the same time, he respects me for the way I want to succeed in motorsport. I know I'm not helping myself, and I know I already have enough disadvantages in terms of my experience and disability without creating another.'

Some adaptations were required for his cars. The accelerator pedal is pushed to the floor, the brake pedal widened, the seat raised and a hand clutch used.

'At first the other drivers all agreed I should be allowed extra testing time,' he says, 'as I was thrown into deep water at the start of my first season in 2011 and discovered I couldn't swim. By the end of the season, I'd gone from the back of the 33-car grid to the top half, and that's when the others prevented extra testing, which I took as a compliment.

'I ended my ETCC season early, while in eighth place overall, to focus on obtaining the right team for the support series, which begins next April. I've had offers already so I'm very confident about my future and I do believe DTM is a very feasible goal.' 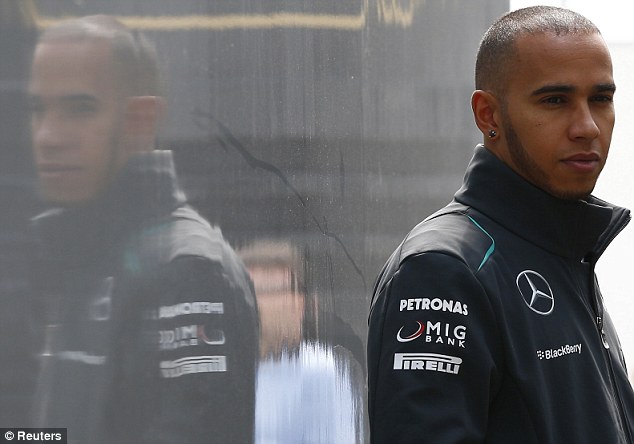 Hamilton has also changed his direction when it comes to his disability.

'In 2011 I didn't want people to highlight my disability. I didn't want it to be seen as a problem, because I didn't see it that way,' he said.

'But in the past year I've come to embrace it and realise my disability is a part of me. This is in part because of the amazing response I've had from fellow CP sufferers, and others with disability, on social media, on my website and especially at race days. Now I want people to know of my struggles, the obstacles I've cleared and my achievements. I hope it can encourage others to do the same.'

Money would create more development opportunities and time on the track as he pursues his dream of the DTM series, but he insists he will do it his way, or no way.

'I want to do it myself,' says Nicholas. 'I don't want anything to be put on a plate for me. My Dad paid for my first year in racing in the Clio Cup in 2011 but after that I told him I didn't want his help any more.

'You have to remember that, despite all of Lewis's success now, we're a small-time family who lived in a council house and who struggled to get to where we are. I haven't been brought up to sponge off anyone, least of all my family.

'But I believe in my natural talent and ability to gain backing and sponsors using my unique story and my talent. The surname doesn't hinder, either, so in that way the family are helping.'

As for his career, Nick shares the same drive and ambition as his world champion brother:

'I'm 21 and I've only just started. I'm determined to attain all my goals.'

Even without any financial support from Lewis.

Get the F1 RSS feed