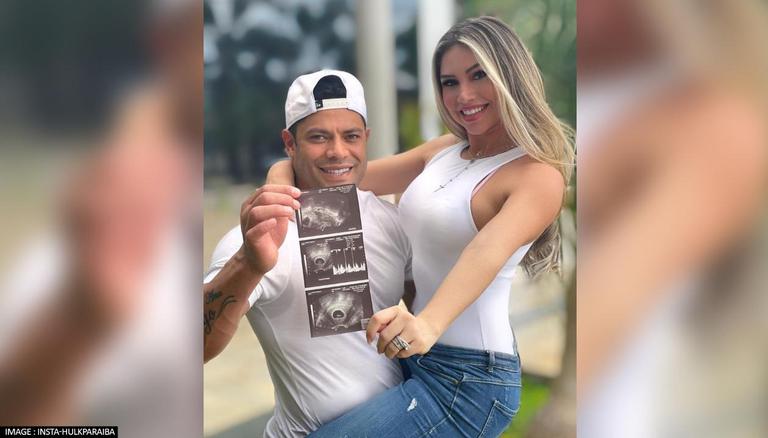 Previously, Hulk was married to Iran Angelo de Souza. The pair were married in 2007 for 12 years before they separated in July 2019. Hulk and Angelo have two sons, Ian and Tiago, and a daughter, Alice. Reports suggest that Hulk began dating Angelo's niece, Camila, in October 2019.

Hulk announced ex-wife's niece is pregnant with his fourth child

Via an Instagram post, Hulk announced that his ex-wife's niece is pregnant with his fourth child. In the post, he can be seen holding up an ultrasound scan of the baby alongside Camila Sousa. He captioned the post, "Today with a heart full of gratitude to God, I come to share with you that for the fourth time I am being blessed with another child. My heart overflows with so much happiness, and I can only say thank you, God. We are already looking forward to receiving you, son. We love you unconditionally. Come full of health, my baby." (translated using Google translate).

Hulk's ex-wife hit out at Brazil striker in September 2020

After being ditched by Hulk, his ex-wife, Angelo, revealed the heartbreak she faced in an interview in September 2020. As per Portuguese source, Record, Hulk's ex-wife said that she is still in disbelief that such an incident happened to her. She added that the pain is so great that sometimes she thinks it will 'tear' her 'heart out.' This is because Camila was like 'a daughter' to her.

Angelo further added to explain how she has been left devastated by her niece marrying Hulk. She said that Camila knew her 'weaknesses, insecurities, pain, fears,' and had her 'unconditional love.' Hulk's ex-wife ended the interview by stating that the only way she was wrong was because she 'loved and trusted too much.'