You have reached the cached page for https://screenrant.com/movie-43-reviews/
Below is a snapshot of the Web page as it appeared on 6/11/2020 (the last time our crawler visited it). This is the version of the page that was used for ranking your search results. The page may have changed since we last cached it. To see what might have changed (without the highlights), go to the current page.
You searched for: +movie 43 movie review We have highlighted matching words that appear in the page below.
Bing is not responsible for the content of this page.
'Movie 43' Review | Screen Rant
AD
Email

This movie could never hope to achieve anything above the very low bar it sets for itself - but it certainly comes pretty close to maintaining that low standard throughout.

Movie 43 combines the talent of many comedy writers and directors - along with the star power of over a dozen famous actors - to create a comedic anthology in the vein of Kentucky Fried Movie.

Framed by the story of a faded star (Dennis Quaid) trying to pitch his crazy film ideas to a put-upon studio executive (Greg Kinnear), we are dragged into a world of bizarre, gross, wildly inappropriate (and sometimes hilarious) tales, which feature strange combinations of celebrities engaging in some very naughty behavior. [NOTE: There are different cuts of the film being released in different markets (US, UK) and apparently this overarching storyline differs depending on which version you see.]

A woman's (Kate Winslet) blind date with a successful millionaire (Hugh Jackman) comes with a raunchy catch; Two suburban parents (real-life couple Liev Schreiber and Naomi Watts) try to create the traumas of high school for their home-schooled son (Jeremy Allen White); A man (Chris Pratt) tries to summon the... "gusto" to fulfill his girlfriend's (Anna Faris) gross erotic request; A grocery clerk (Kieran Culkin) has a dirty verbal sparring session with his jilted ex-lover (Emma Stone); A CEO (Richard Gere) listens to the concerns of one of his executives (Kate Bosworth) over the hazardous nature of the company's sex doll-styled iPod; Boy Wonder Robin (Justin Long) tries out speed-dating, only to be c-blocked by his buddy, Batman (Jason Sudeikis).

We learn the true heart beating inside of society's most infuriating and abused machines; An adolescent girl (Chloe Grace Moretz) hits puberty in the most awkward way possible; A commercial puts competing brands of tampons to an aquatic test; A guy (Seann William Scott) gives his buddy (Johnny Knoxville) the birthday surprise of a violent, foul-mouthed leprechaun (Gerard Butler); Two people on a blind date (Halle Berry and Stephen Merchant) take a game of 'Truth or Dare' way too far; A black coach (Terrence Howard) tries to inspire his team to overcome the racial prejudice facing them on the basketball court; And a woman (Elizabeth Banks) competes with a conniving cartoon cat for her boyfriend's (Josh Duhamel) affection. Welcome to the madness of Movie 43.

The film boasts an eclectic lineup of directors, including Bob Odenkirk (Saul Goodman on Breaking Bad); Rusty Cundieff (Fear of a Black Hat, Chapelle’s Show); Griffin Dunne (Practical Magic, Fierce People); Steve Carr (Next Friday, Paul Blart: Mall Cop); Steven Brill (Little Nicky, Without a Paddle); Brett Ratner (Rush Hour); James Gunn (Super); and even Elizabeth Banks (The Hunger Games) directing a segment. Acting as ringmaster of this circus (and directing several segments) is Peter Farrelly, one half of the brother duo responsible for comedy classics like Dumb & Dumber and There's Something About Mary, as well as more recent (and not so classic) films like Hall Pass and Three Stooges.

Like any movie anthology, Movie 43's segments are hit or miss. Some segments will have you busting a rib from laughter ("The Catch"), while others will leave you cold ("Middleschool Date"). Most of the segments will shock and (slightly) appall even the most hardcore raunch-com fans - especially when that offensive or gross behavior is being done by some of the most famous or respected thespians in the biz (why they all agreed to do this, only God knows). Aside from the cast mentioned above, we get cameo appearances from many other famous types (too many to name here), who also go for broke in terms of making the most absurd and raunchy comedy that can be squeezed inside of an "R" Rating.

In terms of writing, the film offers a mix of mostly newcomers and a few established talents - who all seem most concerned with seeing just how much gunk they can scrape out of the bottom of the proverbial barrel. To call Movie 43 "low-brow" would be a tremendous understatement; without spoiling anything, it'll take about five minutes for any viewer to realize that whatever intellect or decency they brought along with them should've been checked at the door. From sex jokes to anatomical gross-outs to downright offensive or uncomfortable situational humor - this film throws everything at the wall (poop, pee, blood and everything in between) and hopes the stain sticks. If that's the sort of comedy experience you're looking for, many portions of this film will be a blast for you.

Movie 43 definitely leads with its best parts, and aside from a few exceptions, the longer the movie is on, the less effective it is. Some of the actor pairings are just awkward or strange (Halle Berry and Stephen Merchant???), while some of the segments are just dumb and unfunny (again, "Middleschool Date"). By the end, the movie has exhausted so many avenues of inappropriate humor that when a mid-credits segment kicks in for one last go, it's mostly just beating (then urinating on) a dead horse. Still, in the era of comedies that try to balance raunch with smarts and/or sentimentality, Movie 43 is an easy joke-a-minute buffet for the lowliest part of the human brain.

This movie could never hope to achieve anything above the very low bar it sets for itself - but it certainly comes pretty close to maintaining that low standard throughout. Definitely not a cult-classic like Kentucky Fried Movie  (and I imagine a fair number of the actors in the cast wouldn't cry if this film was overlooked), but it will make for a fun rental down the line.

Movie theater worthy? Only if you're riding a sick buzz and want something gross to giggle at along with your equally demented friends. Which is to say: there is a place and circumstance for a movie like this - just leave grandma and/or grandpa at home, lest they have a heart attack.

Movie 43 is now playing in theaters. It is 90 minutes long and is Rated R for strong pervasive crude and sexual content including dialogue, graphic nudity, language, some violence and drug use. 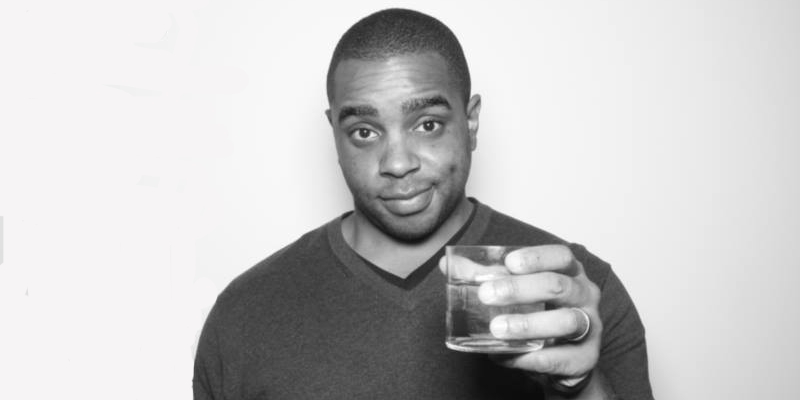 Kofi Outlaw (former Editor-in-Chief, 2008 - 2016) has a B.A. in writing and film studies. He then earned a Masters Degree in creative writing from The New School in NYC, where he first stumbled upon Screenrant.com when it was just a hobby blog owned by Vic Holtreman. Kofi recognized potential in Screen Rant as an outlet capable of bridging die-hard film fans and casual moviegoers, quickly rising to the position of E-i-C, and working with the rest of the editorial team, transformed Screen Rant from a hobby blog into one of the leading fan sites on the Internet. Since his time at Screen Rant, Kofi has continued to work in entertainment journalism - joining comicbook.com as Sr. Editor of Original Content. Contact and follow Kofi on Twitter @kofioutlaw.

What Happened To Peggy & SHIELD After Agent Carter Ended Revealed