HBO’s controversial documentary revealing the intricacies regarding Jewish filmmaker Woody Allen with Mia Farrow’s children this 2021 was a bomb. Firstly, if you’re not familiar with that case, we recommend you direct your attention to the original piece. It was directed by Amy Ziering and Kirby Dick. The miniseries explores the allegations of sexual abuse made by Farrow against the popular filmmaker back in the early 1990s. The sophomore season of HBO’s controversial documentary Allen v. Farrow Season 2 is a highly anticipated project, and here are its latest developments.

The original miniseries showcased a lot of homemade footage, interviews, and documentary evidence. Including the shocking testimony of Dylan Farrow, the person accusing Woody Allen of sexual abuse. The miniseries depicts Allen’s behavior in a ghastly manner while also blatantly not giving Allen the chance to defend himself from such accusations. Which leads to criticism of the production as a one-sided piece. Now, let’s begin covering this controversial topic here at Otakukart. Reader beware, this article contains mentions of child abuse.

Allen v. Farrow season 2 isn’t happening. Firstly, the directors Kirby Dick and Amy Ziering intended the original miniseries as a standalone production. Additionally, the original series premiered on February 21, 2021, on HBO, and ended on March 14, 2021. Secondly, it consisted of four episodes, each one depicting the trajectory and career of the parties involved. Lastly, as stated earlier Allen v. Farrow is a standalone production. Consequently, it won’t have a sequel. Moreover, the filmmakers have expressed how they achieved their goals with the initial installment. And that was laying out the big picture that painted Woody Allen as a serial child abuser, who used his fame to cover up for his shenanigans.

Bad Buddy Episode 11: I Find Freedom When I Am With You

So, as for Dylan Farrow, the statute of limitations doesn’t play on her side. For one part, Dylan only had until 20 years of age to press charges against Woody. Moreover, the Connecticut District Attorney can’t do anything else because, from a legal standpoint, all legal action from the prosecution concluded when Frank S. Maco —the District Attorney in 1993— chose the course of action he talks about in the harrowing documentary.

Where to watch Allen v. Farrow?

If you wish to watch this dramatic documentary about sexual abuse in the Farrow/Allen relationship. Go to HBO Max. That’s the top place where you can get it on demand. Firstly, Allen v. Farrow is an HBO exclusive documentary. Consequentially, that platform is the only place to get it. You can get HBO as an Add on for Hulu on top of your essential subscription. Or on Amazon Prime Video as an add-on as well. Moreover, a subscription to HBO opens up the entire catalog of movies, shows, series, and documentaries.

Allen v. Farrow continues to investigate Dylan Farrow’s decades-old sexual assault accusations against her adoptive father, director Woody Allen. On August 4, 1992, Ms. Farrow was 7 years old when she accused Mr. Allen of sexually abusing her at the family’s Connecticut country estate. Mr. Allen has always rejected the charges, which were at the core of a contentious custody trial dispute between Mr. Woody Allen and Mrs. Mia Farrow, the Hollywood dynamic duo who collaborated on 13 films.

The series revolves around Mr. Allen’s relationship with Mia Farrow’s adoptive daughter, Soon-Yi Previn. Mia Farrow saw naked photos of Ms. Previn, then a first-year college student, in Mr. Allen’s residence around seven months before Dylan Farrow claims her father abused her. Beginning in 1992, the family was the focus of intense media attention as a result of the custody struggle and government inquiries in reaction to Dylan Farrow’s testimony. Mr. Allen has long claimed that Mia Farrow persuaded Dylan to fabricate the charges after learning of his marriage to Ms. Previn in 1997. Although a Connecticut state’s attorney refused to pursue Mr. Allen, stating that he wanted to protect Dylan from the agony of a trial, he said that he felt she had been assaulted.

The series begins with Mr. Allen defending himself against the abuse claims and accusing Mia Farrow of inciting them during a 1992 news conference at the Plaza Hotel in New York. However, the episode immediately deviates from Mr. Allen’s story, who did not take part in the series but whose viewpoint is often reflected via audio snatches of his new book “Apropos of Nothing.” It cuts to a grown-up Dylan Farrow, aged 35, going through a family picture book.

Dylan Farrow, born in Texas, and adopted when she was a baby, recalls an “idyllic” childhood, describing what it’s like to be the child of a popular Hollywood actress and director: remembrances of tripping around film sets as a child, flying on private planes for family vacations, swimming in “posh” hotel pools — all of it illustrated by home-video footage shot by Ms. Farrow as her children grew up. But things were complex behind the surface of this lively, unorthodox family — nine children raised by unmarried Hollywood stars.

Mia and Woody take over Hollywood

The series goes back to Mia Farrow and Woody Allen’s early affair, beginning in 1979 at Elaine’s, a Manhattan restaurant. Ms. Farrow remembers the pair flashing their lights at each other their bedroom windows, which could be seen from across Central Park. She said that the signal was her way of expressing, “I love you.” “Love you enormously,” a red towel hung out the window signified. Despite the fact that Ms. Farrow had seven children — three naturally with her then-husband, André Previn, and four adopted — she claimed she believed Mr. Allen’s statement that he had “zero interest in kids.” Mr. Allen subsequently started to spend more time with the children in the Connecticut house and at his Manhattan apartment, forming a particularly deep relationship with Moses Farrow, whom Ms. Farrow adopted after her divorce from Mr. Previn.

When does the family expand?

When Ms. Farrow expressed a desire to extend the family, Mr. Allen informed her that he still didn’t want any responsibility for his own kid but that he “may be more warmly inclined if it was a little blond girl.” Dylan, who rapidly became the object of Mr. Allen’s affections, was adopted by Ms. Farrow. Ms. Farrow had a son, Ronan Farrow, two years later, who was originally known as Satchel. Mr. Allen adopted Dylan and Moses Farrow in 1991, and Ms. Farrow consented to a family structure that would influence the legal struggle for years to come.

Woody gets weird with Dylan

The series explores a series of interviews with members of the Farrow family and acquaintances, some of whom have never spoken publicly, who claim to have observed Mr. Allen’s improper or uncomfortable conduct around Dylan Farrow. Dylan Farrow recalled coming into bed with her father — both of them in their underwear — and his wrapping his body around her “quite intimately.” Priscilla Gilman, a family acquaintance who got close with the family while dating Matthew Previn, one of Mia Farrow’s oldest kids, recalls seeing Mr. Allen in that scenario, getting out of bed in his underpants.

Ms. Gilman, who spent a lot of time with the kids, claimed she noticed Dylan Farrow sucking Mr. Allen’s thumb. (While Ms. Gilman said that Mr. Allen informed her that sucking his thumb comforted his daughter, an adult Dylan Farrow perceives it as a violation, knowing that her father had deliberately guided her on how to do so.) Tisa Farrow, Mia Farrow’s sister, said in an appearance that she had seen Mr. Allen’s fingers lingering “suggestively” between Dylan Farrow’s buttocks while applying sunscreen.

Mia Farrow, who remembered seeing Mr. Allen crouching in front of their daughter or sitting right next to her with his face inappropriately in her lap, claimed she confronted him about what she had seen, saying she was “uncomfortable with the way you’re holding her and looking at her.” Mr. Allen became enraged, she claimed, and she wound up apologizing profusely. But then Ethel Person, a respected psychiatrist in Ms. Farrow’s apartment building, called to say there was something “off” about Mr. Allen’s greeting of Dylan Farrow. Mr. Allen then agreed to consult with a psychologist. Mr. Allen was “inappropriately passionate” with Dylan Farrow, according to the doctor. However, Ms. Farrow tells the cameras that the therapist did not feel the conduct was sexual, even if observers or the kid herself did.

Dylan Farrow claims in an interview with the directors that she loved her dad. But that she received love all the time; others around her, including Ms. Gilman and her brother, noticed that she would often run away or try and hide when Mr. Allen named her over or entered the room. “Dylan went from being outgoing, effervescent, and talkative to having this sadness and this withdrawn quality over time,” Mr. Farrow said in a question and answered session with the filmmakers.

Mr. Allen has denied ever being sexually improper or abusive to Dylan Farrow, instead of presenting himself in his own work as an initially hesitant parent who became captivated with his daughter and relished showering her with attention. Mr. Allen stated in a section of his biography that was shown in the episode, “I loved Dylan and spent much time with her as possible from her infancy on.” I spent hours playing with her and buying her countless toys, dolls, plush animals, and My Little Ponies.”

Then, in January 1992, the finding that would transform everything happened. Ms. Farrow said that she went to Mr. Allen’s apartment to grab a coat and saw racy Polaroid images of her college-age daughter, Ms. Previn, next to the phone. Ms. Farrow recalled placing the images in her pocket and fleeing in disbelief. She said that when she went home, she questioned Ms. Previn. Mia Farrow stated Dylan Farrow’s therapist recommended her mother to notify the children about the images. She had her doubts. And Dylan Farrow claimed it was the first time she recognized she wasn’t the only one who had to deal with her father’s actions, thinking to herself, “Oh, it’s not just me.” 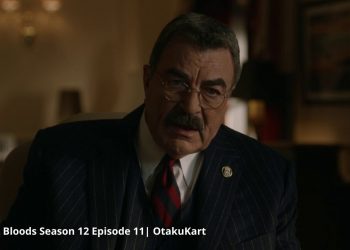 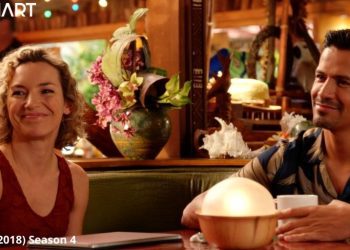 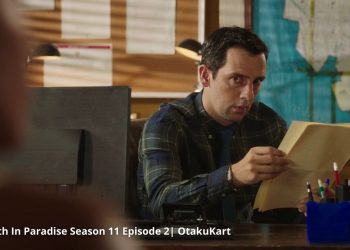 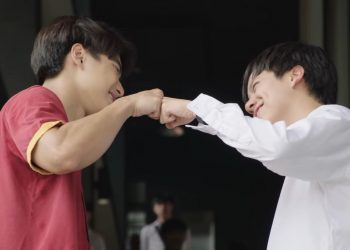 Bad Buddy Episode 11: I Find Freedom When I Am With You 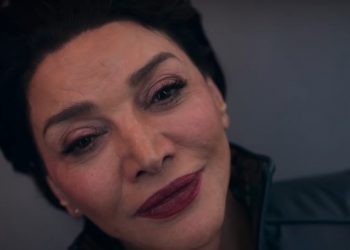 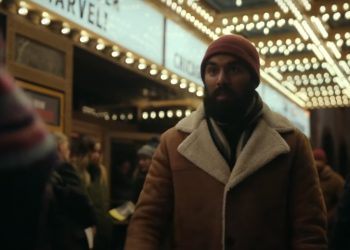 What Does Station Eleven Season 1 Episode 10 Has In Store For Us in The Series Finale?

‘User Not Found’ Episode 13: Is Bae Jinyoung The One Making The Playlists?

Who Is Bernardo Silva’s Girlfriend? The Professional Footballer’s Dating Life in 2022

Will Reiner Braun Die in Attack on Titan Final Season? The Fate & Death of Armored Titan