You have reached the cached page for https://www.trevorhuxham.com/2015/02/13-maps-that-explain-galicia.html
Below is a snapshot of the Web page as it appeared on 1/19/2021 (the last time our crawler visited it). This is the version of the page that was used for ranking your search results. The page may have changed since we last cached it. To see what might have changed (without the highlights), go to the current page.
You searched for: +maria of galicia map We have highlighted matching words that appear in the page below.
Bing is not responsible for the content of this page.
13 Maps That Explain Galicia Skip to main content

February 28, 2015
You may not know it, but I am a HUGE nerd when it comes to maps. On family road trips, I would pass the miles by browsing the jumbo-sized road atlas, and I even memorized the regions and provinces of Spain…for fun. So I thought I would combine my love of maps with my love for Galicia, this unique region in Spain’s northwestern corner. I hope you enjoy staring at these thirteen maps as much as I have!


Even in the satellite view you can tell how green and forested Galicia really is—a stark contrast from the Castilian meseta or flat plateau to the southeast that is mostly covered in rolling plains.

2) The Roman province of Gallaecia


By the 1st century BCE, all of the Iberian peninsula had come under Roman rule, and its northwestern corner belonged to the vast imperial province known as Tarraconensis. Years later, during the administrative reforms of Emperor Diocletian (r. 284-305), this region was cordoned off into a province of its own called Gallaecia, the name that became today’s Galicia. This province spanned all of modern Galicia as well as the Spanish provinces of Asturias and León and northern Portugal down to the city of Porto.

3) The medieval kingdom of Galicia in the 11th century


Before the medieval kingdom of Galicia was united with León (and later Castilla), it once stretched halfway down the western coast of the peninsula, encompassing much of modern-day Portugal. But in 1143 the County of Portugal broke off from the Kingdom of León, forging the political border between Spain and Portugal that has endured to this day.

What this map shows is that, a thousand years ago, Galicia and Portugal were once the same country and spoke the same language. Nothing happened overnight when a border was drawn just north of Braga, but over the centuries the two dialects began to diverge. The Galician one drifted into the Castilian sphere of influence so much so that today Galician and Portuguese are two separate languages.

4) The seven provinces of the old kingdom of Galicia


Up until 1833, Galicia was divided into seven administrative provinces. Although there are only four today, the coat of arms depicted on the official Galician flag still has seven crosses to honor these historic provinces.

5) The four provinces of the modern region of Galicia


Although Napoleon’s 1807–1808 invasion of Spain sparked a traumatic war of independence that would rage for seven years, the rational ideals of the French Revolution left a lasting impression. At the beginning of Queen María Cristina’s regency in 1833, the government passed Development Secretary Javier de Burgos’ plan to organize the country into 49 provinces, modeled along the lines of France’s départments. Galicia’s seven provinces were condensed into four provincias, with capitals that were, at most, a single day’s journey away.


Galicia is home to five cathedrals, which means this region is divided up into five dioceses, or a church district headed up by a bishop. While most big and amazing churches usually have cathedral status, you can only call them that if they also have a bishop (i.e., Barcelona’s Sagrada Família is NOT a cathedral because it is not the seat of the Bishop of Barcelona).

These five cathedrals are distributed between Santiago de Compostela (where the archbishop lives), Tui, Ourense, Lugo, and Mondoñedo. Vigo may be Galicia’s biggest city, but it exploded in population in only the past half-century and only has a co-cathedral. The area’s 800-year-old cathedral remains in tiny Tui on the border with Portugal.


The vast majority of Galicians cluster around two main urban areas: Vigo-Pontevedra along the Rías Baixas (western inlets of the Atlantic Ocean), and A Coruña-Ferrol along the Rías Altas to the north. Santiago, Lugo, and Ourense are the other major population centers, but other than them, much of the countryside is wild and forested.


Unfortunately, the bigger the city, the smaller the percentage of Galician speakers. Although the vast majority of people who live here are fluent in both Castilian Spanish and Galician, there are many people who either grew up speaking Spanish at home or simply feel more comfortable speaking Spanish in their daily lives—and it doesn’t help that in the two biggest cities, A Coruña and Vigo, you hardly hear Galician spoken on the streets. The language is in no danger of dying out, what with official recognition, mass bilingual education, and freedom to speak it in public, but sadly this map and the one before it align all too well. As the countryside continues to empty into the cities, I fear that Galician will be used less and less.


This region is only about the size of central Indiana, but within this small area three major dialects are spoken—blame it on Galicia’s rugged hillsides and river valleys. The major differences are found in how people make the plural form of certain words, verb forms, and the infamous gheada and seseo pronunciations on the far western coast. 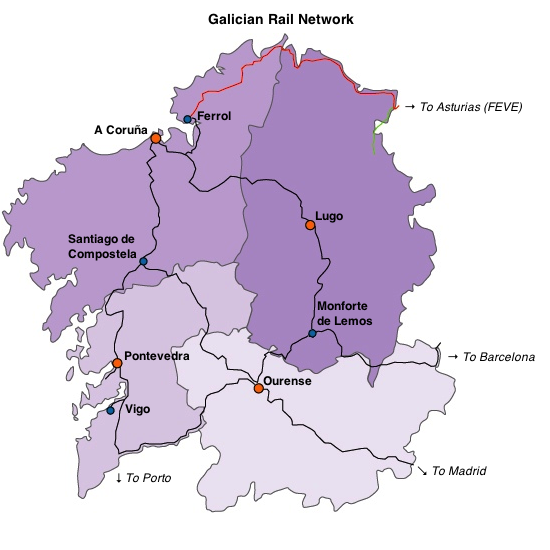 I’ve talked about how to ride the train in Galicia on the blog in the past, but to review: you’ve got the Eje Atlántico or “Atlantic Axis” that stretches from A Coruña in the north down to Vigo in the south, passing through Santiago de Compostela and Pontevedra on the way. Next, two branches from Coruña/Ferrol and Vigo meet at Monforte de Lemos, where the continue on to Barcelona. Finally, there’s a line that leaves Santiago bound for Madrid that goes through Ourense.

11) Names for all of the Rías Baixas


The picturesque, densely-populated western coast of Galicia is called the Rías Baixas, the “lower inlets of the sea.” Known for white wine, farmed mussels, placid shores, and good beaches, the Rías Baixas subregion is a collection of approximately five separate winding estuaries.


Galicia churns out some of the highest-quality wines in Spain, and has no fewer than five denominaciones de origen (D.O.) or protected regional varieties. The most popular D.O. is Rías Baixas, whose white Albariño grapes produce some celebrated dry white wine. Toward the interior, vineyards of the Ribeira Sacra grow lovely reds from the Mencía grape. This D.O. is literally called the “Sacred Riverbank” because of the dozen or so hermitages and monasteries that line the steep shores of the Sil River.

13) The routes of the Camino de Santiago in Galicia


No collection of Galicia-related maps would be complete without the various routes of the Camino de Santiago. Starting from the north and going clockwise, the Camino Inglés begins in A Coruña or Ferrol and heads south to Santiago; the Camino del Norte begins in the Basque Country and hugs the northern coast, joining the French Way in Arzúa; the Camino Primitivo traces the original journey taken by the first pilgrim, King Alfonso II, from Oviedo to Santiago, joining the French Way in Melide; the Camino Francés is by far the most popular route and heads due west across northern Spain; the Via de la Plata trailblazes the rugged southeastern interior, having come north from Sevilla; the Camino Portugués begins in Lisbon and heads north; and the little-known Ruta del Mar attracts pilgrims from the Ría de Arousa. The Camino de Fisterra is a brief epilogue that continues to Spain’s Lands End, Finisterre.

What others are reading:

Top 10 Things to Do in Tempe, Arizona 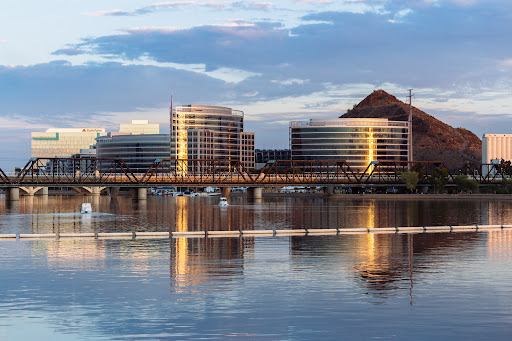 What draws people to Tempe, Arizona? You might not have ever heard of this city east of Phoenix, but it’s no mere Phoenix suburb. Downtown Tempe skyline reflected on Tempe Town Lake Tempe (pronounced “tem-PEE”) is home to the main campus of Arizona State University—one of the country’s largest public research universities—so you’ll often see people coming to this college town to drop off their kids at college or to attend academic conferences. Businesses like operating in a community with an educated workforce, so regional headquarters and office towers dot the city from north to south. Plus, Tempe’s location in the middle of the Phoenix metro area makes it an ideal home base for tourists exploring the region. Folks visiting Tempe and looking for things to do will often be told to check out places technically in Phoenix or Scottsdale, like the Desert Botanical Garden, Old Town Scottsdale, or even county parks and national forests. These are all great places to go to, but… Wh
keep reading... 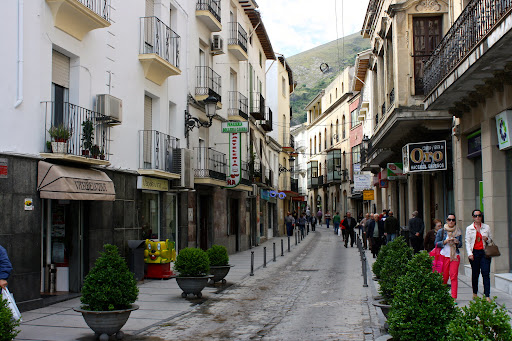 If you’re like me, you’ve probably learned Spanish as it’s spoken throughout Latin America. Now, I know there is no one single standard Latin American accent, but  there are a few things I’ve noticed when listening to Spaniards speak that distinguish them from Spanish speakers in, for example, Nicaragua or Argentina. Since living here for the greater part of a year, I’ve both consciously resisted and unconsciously picked up on many features of the typical Spanish accent. After thinking about it for a while, I’ve decided there are around five characteristics that most distinguish the Spanish of Spain from the Spanish of the Americas. These five sounds, when spoken in the Castilian way, will bring you much closer to sounding native. Streets of the village of Cazorla 1) Pronounce C before E & I and Z like TH In the Americas you’ll hear the words ciudad  (“city”), cereza  (“cherry”), and zorro  (“fox”) pronounced as “see-oo-DAHD” [sjuˈðað], “say-RAY-sah” [seˈɾe.sa], and “SOE-r
keep reading...

22 Fun Facts About the Galician Language 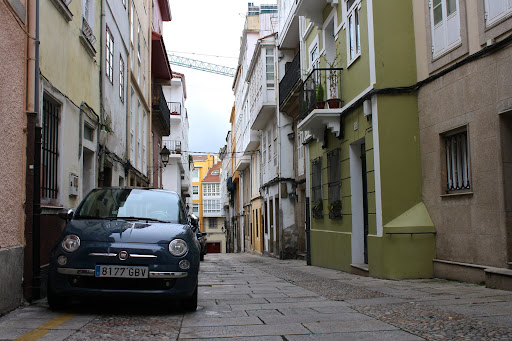 Read my Galician crash course here to get up to speed in the language. Galician  is a Romance language (i.e., from Latin) spoken by about 3 million people in Spain’s northwestern region of Galicia. Although it’s most closely related to Portuguese—which is spoken south of the border—it shares many similarities with Castilian Spanish, including sounds and spelling. A Coruña If you’re planning on spending any time traveling or living in this unique corner of Spain, or walking the Camino de Santiago pilgrimage route that ends here, even a tiny knowledge of Galician will help you get around and navigate menus, maps, etc. If you happen to speak Spanish, you’re already 80% of the way to understanding Galician, and I’m serious! Getting a grasp on the grammatical and phonological differences will turbo boost you up to 90%. To whet your appetite (both literally and linguistically), here’s a little selection from the Galician Wikipedia’s article on empanada , or meat pie: Unha em
keep reading...