You have reached the cached page for http://www.bloodygoodhorror.com/bgh/reviews/mandrake
Below is a snapshot of the Web page as it appeared on 3/22/2021 (the last time our crawler visited it). This is the version of the page that was used for ranking your search results. The page may have changed since we last cached it. To see what might have changed (without the highlights), go to the current page.
You searched for: +mandrake movie 2011 We have highlighted matching words that appear in the page below.
Bing is not responsible for the content of this page.
Mandrake (Movie Review) | Bloody Good Horror 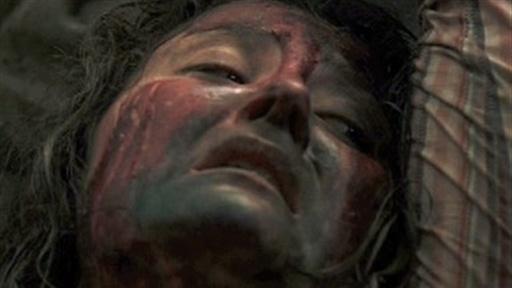 To me, it really doesn’t get much worse than Syfy Original pictures. Simplistic plots, horrible acting, terrible CGI and scripts that are cranked out in a factory don’t really make for a good movie. While Syfy will occasionally make a gem like “Sharktopus”, the other 95% of their original films are usually bottom of the barrel garbage. Case in point: “Mandrake”.

“Mandrake” follows a group of contracted archeologists working for a antiquities company that are hunting down treasure in Mexico. Yes, you read that right, they’re hunting treasure. They even have a map. Hold on, it gets stupider. We learn that the jungle they’re searching in is inhabited by a dangerous, ancient tribe that will protect their treasures with extreme force. When the tribesmen are first introduced, you might think it’s a joke. People dressed up to mess with their friends of something. I know I did. Because really, how could a movie written by adults have a tribe of loin-cloth wearing, face-painted native-Mexicans running around yelling “ooga booga” (this really happens) and hunting down people with tomahawks, bone axes and sharpened sticks? Oh, that’s right. Syfy. Got it.

Still sitting? Good. Because it still gets stupider. Our group of archeologists stumble across a tomb of a buried conquistador. They bicker back and forth on whether or not they should open the tomb because it might be cursed, which I’m pretty sure happens in most “Scooby Doo” cartoons. Upon opening the tomb, they find a ruby handled dagger, that they swipe to sell on Antiques Roadshow or some bullshit. Unfortunately, this triggers the curse, which causes the “ooga booga” tribe to descend on them with their sticks, headdresses and other vaguely racially insensitive stereotypes.

Believe it or not, it still gets stupider. Taking the dagger also unleashes the Mandrake, a tree-sized half-plant, half-animal monster. Imagine Cthulu covered in vines and roots and you’ve got a good image of this monster. What follows is 70 painful minutes of people we don’t care about getting stabbed by roots, ripped in half by roots, killed in “ooga booga” ambushes and running around the woods. Lots of running around the woods.

Okay, so the plot here is a step down from a “Goosebumps” book, but unfortunately that’s not even the worst thing about this film. The best actor we’ve got in this film is Jigsaw’s wife from the “Saw” series, who I believe was the worst actor in that entire series. It’s just flat out bad. Unlike “Troll 2”, where the horrible acting actually becomes comedic and endearing, everything here is just flat and lifeless. Case in point? “Ooga booga”.

The pacing here is also terrible. There’s 70 minutes where really nothing happens but root and stick attacks. Sure, a lot of people get killed, but I didn’t care about any of them. It’s just the same shit over and over again. It wasn’t interesting once, yet alone five times.

There’s really not much more I can say about this film. It’s just straight up bad. It’s amazingly boring, simplistic to the point of insult and absolutely forgettable, even by Syfy original standards. I’m giving this two points solely for a few laughs it illicited early on. Only problem was I quickly remembered that I had to watch the remaining hour and twenty minutes and couldn’t change the channel. You can. Exercise that freedom.

Natalie, a licensed clinical psychologist, looks at what your favorite horror films get right (and wrong) about mental health.

Are you interested in the legal implications of your favorite horror films for strictly educational purposes? Have you met our friend Adam?

Play Along With Our Horror Movie Drinking Games!

One Thursday a month, Sophie lays out the rules for a horror film drinking game! Browse our past entires and be on the look out for new ones.