You have reached the cached page for https://books.google.com/books/about/Jennie_Churchill.html?id=JXBnAAAAMAAJ
Below is a snapshot of the Web page as it appeared on 4/24/2021 (the last time our crawler visited it). This is the version of the page that was used for ranking your search results. The page may have changed since we last cached it. To see what might have changed (without the highlights), go to the current page.
You searched for: +lady randolph churchill syphilis photos We have highlighted matching words that appear in the page below.
Bing is not responsible for the content of this page.
Jennie Churchill: Winston's American Mother - Anne Sebba - Google Books

Get Textbooks on Google Play

Rent and save from the world's largest eBookstore. Read, highlight, and take notes, across web, tablet, and phone.

From inside the book

12 other sections not shown

Anne Sebba is a biographer, journalist and former Reuters foreign correspondent. She has written five books including the best-selling Mother Teresa: Beyond the Image and Laura Ashley: A Life by Design. She lives in London. 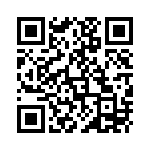