You have reached the cached page for https://marriedbiography.com/kate-capshaw-biography/
Below is a snapshot of the Web page as it appeared on 1/21/2021 (the last time our crawler visited it). This is the version of the page that was used for ranking your search results. The page may have changed since we last cached it. To see what might have changed (without the highlights), go to the current page.
You searched for: +kate capshaw We have highlighted matching words that appear in the page below.
Bing is not responsible for the content of this page.
Kate Capshaw Bio, Affair, Married, Husband, Net Worth, Ethnicity, Age, Nationality, Height, Actress Skip to content
Married Biography
Married Biography / Biography / Kate Capshaw 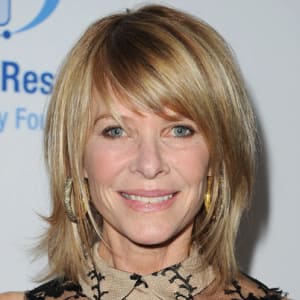 The best preparation for acting is life -- observing life and people and observing yourself. All that becomes your library. So when you have to research a part, a scene or an emotion, you go into the library and get what you need.

Kate Capshaw married director Steven Spielberg on October 12, 1991. They were married in both a civil ceremony and an Orthodox ceremony. They became closer during the production of the film ‘Indiana Jones and the Temple of Doom’ in 1984. She converted to Judaism before marriage.

Who is Kate Capshaw?

She was born in Fort Worth, Texas, USA, on November 3, 1953. Her birth name is Kathleen Sue Nail and she is currently 65 years old.

Her father’s name is Edwin Leon Mail(airline employee) and her mother’s name is Beverley Sue(travel agent and beautician). She moved to St. Louis, Missouri, at the age of five. She holds American citizenship and her ethnicity is a mix of English and German.

She graduated from Hazelwood Senior High in 1972 and earned a degree in education from the University of Missouri. She also taught the students of MA in Learning Disabilities.

She made her way to New York to pursue her dream of acting and landed her first role on the soap opera ‘The Edge of Night’. Later, she got the role of the leading lady in ‘A Little Sex’ and starred in ‘Dreamscape’ in 1984. She met the director and future husband Steven Spielberg in ‘Indiana Jones and the Temple of Doom’ in 1984. She appeared as Andie Bergstrom in the 1986 film ‘SpaceCamp’, as Susanna McKaskel in ‘The Quick and The Dead’ in 1987, starred in the spy film ‘Her Secret Life’.

Kate starred alongside Michael Douglas and Andy Garcia in ‘Black Rain’ in 1989, alongside Sean Connery in ‘Just Cause’ in 1995, alongside David Arquette and Stanley Tucci in the film ‘The Alarmist’ in 1997, starred in the Showtime Cable Network TV Movie ‘A Girl Thing’, and her last appearance was in the TV movie ‘Due East’.

She is not so successful in collecting awards and nominations in her name till date.

She has an estimated net worth of around $20 million and her main source of income from her professional career.

And, she along with her husband Steven Spielberg enjoyed a romantic stroll taking in the sights.

Learn About The Journey Of Steven Spielberg’s daughter Mikaela Spielberg As A Star Kid From Adoption!