You have reached the cached page for https://www.asymptotejournal.com/blog/2019/05/16/thirteen-keys-to-a-doorless-house-in-toledo-on-tela-de-sevoya-onioncloth-by-myriam-moscona/
Below is a snapshot of the Web page as it appeared on 12/1/2020 (the last time our crawler visited it). This is the version of the page that was used for ranking your search results. The page may have changed since we last cached it. To see what might have changed (without the highlights), go to the current page.
You searched for: +k a schneider rabbi wikipedia 2017 We have highlighted matching words that appear in the page below.
Bing is not responsible for the content of this page.
Thirteen Keys to a Doorless House in Toledo: On Tela de sevoya by Myriam Moscona - Asymptote Blog

Thirteen Keys to a Doorless House in Toledo: On Tela de sevoya by Myriam Moscona 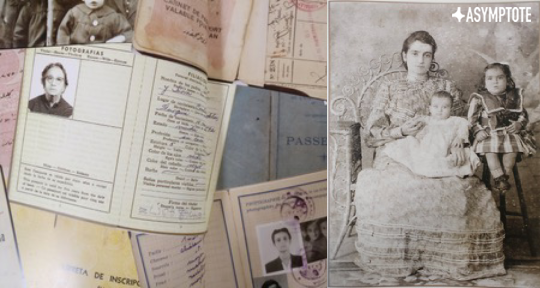 The Ladino language has etched on her tongue the addresses of countless houses in the Jewish Quarters of Toledo and Burgos.

Myriam Moscona’s Tela de sevoya (Onioncloth) was published in English in 2017, translated from the Ladino by Antena (Jen Hofer with John Pluecker). In today’s essay, Asymptote’s Sergio Sarano, himself a Ladino speaker, uses Moscona’s book as a starting point to explore the language and its history, shaped by the complex migrations of the Jewish diaspora. Sergio also discusses Ladino’s current status as an endangered language and highlights the important role that Moscona, as one of just a few writers who continue to publish in Ladino, has to play in keeping the language alive.

I remember the nights of study
And they are like pebbles
I throw into a well
And suddenly turn into a mountain
As soon as they hit the bottom.

Sergio Sarano is Spanish Social Media Manager at Asymptote and Editor-in-Chief at Meldadora. He lives in Monterrey and is currently translating Testimony by Charles Reznikoff.

← Previous Next →
Go to Latest Posts - Asymptote Blog
Follow us: