You have reached the cached page for https://www.goodreads.com/author/show/138822.Joseph_Caldwell
Below is a snapshot of the Web page as it appeared on 11/25/2020 (the last time our crawler visited it). This is the version of the page that was used for ranking your search results. The page may have changed since we last cached it. To see what might have changed (without the highlights), go to the current page.
You searched for: +joseph caldwell pig We have highlighted matching words that appear in the page below.
Bing is not responsible for the content of this page.
Joseph Caldwell (Author of The Pig Did It)
Discover new books on Goodreads
See if your friends have read any of Joseph Caldwell's books 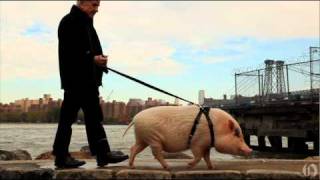 Born
The United States
Genre
Literature & Fiction
edit data
Librarian Note: There is more than one author in the Goodreads database with this name.

A playwright and novelist whose books include The Pig Did It, The Pig Comes to Dinner, and The Pig Goes to Hog Heaven, Joseph Caldwell has been awarded the Rome Prize for Literature by the American Academy of Arts and Letters. He lives in New York City and is working on various post-Pig writing projects.

No scheduled events. Add an event.

“Today, Aaron decided, he would begin to grieve in earnest. He would walk the lonely beach, mocked by gulls, uncaring, his every step a stately rebuke to the malign forces that had blighted his fate. His was the tragedy of a man who couldn't have his own way, and he intended to make known his anguish in the solemn solitude that only a stretch of sand, a suspiring sea, and a beetling cliff could provide.”
― Joseph Caldwell, The Pig Did It
tags: humorous, self-pity
3 likes
Like

“hands, spine and legs all commandeered for the task. The trapdoor had no choice but to spring open. Kitty ascended to the parapet. It was the sea off to the southwest she chose to watch during her ruminations. But Maggie Tulliver and Mary Ann had been superceded by Brid and Taddy. By what she’d just seen. Not only a fleeting glimpse, a quick, almost teasing,”
― Joseph Caldwell, The Pig Trilogy: The Pig Did It, The Pig Comes to Dinner, and The Pig Goes to Hog Heaven
0 likes
Like

Is this you? Let us know. If not, help out and invite Joseph to Goodreads.