You have reached the cached page for https://wikimili.com/en/Cauliflower_Alley_Club
Below is a snapshot of the Web page as it appeared on 12/13/2020 (the last time our crawler visited it). This is the version of the page that was used for ranking your search results. The page may have changed since we last cached it. To see what might have changed (without the highlights), go to the current page.
You searched for: +johnny rodz wikipedia wife death images We have highlighted matching words that appear in the page below.
Bing is not responsible for the content of this page.
Cauliflower Alley Club - WikiMili, The Best Wikipedia Reader

The Cauliflower Alley Club is a non-profit fraternal organization, which includes a newsletter and website, comprising both retired and active professional wrestlers and boxers in North America.

Established in 1965 by Mike Mazurki and Art Abrams, the organization hosts an annual reunion dinner which has traditionally been attended by celebrities and other professional athletes. Several historical Hollywood locations have been home to the reunion banquets such as the Masquer's Club, the Roosevelt Hotel and the Old Spaghetti Factory as well as The Riviera and the RMS Queen Mary.

The Cauliflower Alley Club was founded in 1965 by Mike Mazurki as a fraternal organization of professional wrestlers, boxers, and actors. [1] [2] The first annual reunion dinner was held at the Baron's Castle Buffet Restaurant in Los Angeles, California. [2] The Club also presents numerous awards annually at the reunion dinner.

Several prominent former professional wrestlers have been president of the club, including Red Bastien, Nick Bockwinkel, and the current president Brian Blair. [2] [3] The Club has a "Benevolent Fund to help people involved in professional wrestling in times of difficulty. [2] Proceeds are raised for the fund during the annual reunion weekend. [2]

Brian Leslie Blair is a professional wrestler and American politician. He is best known for his appearances with the World Wrestling Federation (WWF) under the ring name B. Brian Blair as one half of the tag team The Killer Bees in the 1980s. 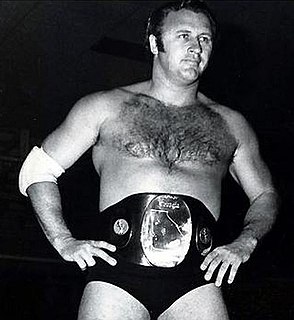 Daniel Allen Hodge is a retired American wrestler and boxer. He is renowned for his wrestling career, both amateur and professional. He was born and raised in Perry, Oklahoma, where he continues to live. He is famous for the ability to crush apples with one hand, a feat which he demonstrated live on ESPN during the 2006 NCAA Wrestling Championships. He said his strength was due to having double tendons in hands.

George Gordienko was a Canadian professional wrestler and artist. Born of first generation Ukrainian and Cossack-Canadian parents in North Winnipeg, Manitoba, by age 17 Gordienko had received numerous awards for his physical prowess. He wrestled from 1946 to 1976 and was, according to Lou Thesz and other experts, one of the top legitimate wrestlers in the world. He was rated the best heavyweight wrestler in the UK in 1963, and in 1970, won the annual Royal Albert Hall tournament in London. After his retirement he became a successful artist.

Eddie Sharkey is an American professional wrestling trainer. He is often called "The Trainer of Champions". He has been instrumental in training some of the biggest names in the sport. He was also the owner of Pro Wrestling America.

Larry Hennig was an American professional wrestler. He was the father of Curt "Mr. Perfect" Hennig, and the grandfather of Joe "Curtis Axel" Hennig and Amy "Ms. Perfect" Hennig. He worked in the American Wrestling Association, National Wrestling Alliance, and the World Wide Wrestling Federation. Hennig was known by the nickname, "The Axe", a nickname he had because of his signature, often finishing move of dropping a full weight elbow onto his prone opponents.

Ilio DiPaolo, was an Italian professional wrestler and restaurateur who lived in the Buffalo, New York area. 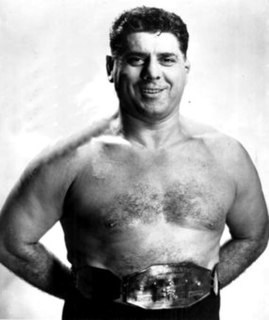 Mario Louis Fornini was an Italian professional wrestler and wrestling promoter, better known professionally as Angelo Savoldi. At the time of his death, he was known as the world's oldest retired wrestler at the age of 99.

The Cormier wrestling family was a group of Canadian brothers who competed in professional wrestling. They were born in New Brunswick and wrestled primarily in Canada. They also competed in the United States and had stints in several other countries. On many occasions, the Cormiers wrestled together as tag team partners. Two of the brothers were also involved in promoting wrestling. The family has been honored by the Cauliflower Alley Club, a social organization composed of people in the wrestling business, for their contributions to the sport. Jean-Louis died in 2008, Yvon in 2009 and Romeo in 2020.

Thomas Edwin Drake was an American attorney, professional wrestler, politician, and member of the athletic staff of legendary football coach Paul "Bear" Bryant. He was a Democratic member of the Alabama House of Representatives, serving as Speaker from 1983 to 1987. He was a resident of Vinemont, Alabama; his wife of over 55 years, Christine Mckoy Drake – also an attorney, stateswoman and former member of the Alabama Board of Education – predeceased him on September 26, 2011, following a long battle with brain cancer. 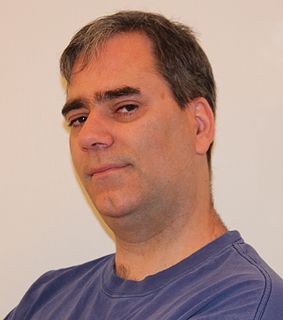 Stan Kowalski was an American professional wrestler who was one half of the tag team Murder Incorporated with partner Tiny Mills in the American Wrestling Association (AWA) from 1960 to 1975.

Larry Matysik was an American professional wrestling commentator, promoter and author best known for his commentary on Wrestling at the Chase.