You have reached the cached page for https://www.thefamouspeople.com/profiles/charles-iv-holy-roman-emperor-37259.php
Below is a snapshot of the Web page as it appeared on 9/8/2020 (the last time our crawler visited it). This is the version of the page that was used for ranking your search results. The page may have changed since we last cached it. To see what might have changed (without the highlights), go to the current page.
You searched for: +john of görlitz children We have highlighted matching words that appear in the page below.
Bing is not responsible for the content of this page.
Charles IV, Holy Roman Emperor Biography - Facts, Childhood, Life Achievements & Timeline
TheFamousPeople Famous as: King of Bohemia Taurus Men
Childhood & Early Life
Charles IV was born Wenceslaus, on May 14, 1316, in Prague, modern day Czech Republic, to King John of the ‘Luxembourg Dynasty,’ while his mother was Queen Elizabeth of Bohemia. He was named Wenceslaus on his birth after his maternal grandfather, King Wenceslaus II. He was born as the eldest son in the family and was heir apparent to vast lands his father reigned over.
He was a resident in the court of his uncle King Charles IV of France for seven years; he changed his name to Charles to honour his uncle, during his ‘confirmation’ ceremony. He received education at the French court and one of his teachers was the future Pope Clement VI. Charles was a fast learner and became well versed in five languages - Czech, Latin, Italian, French, and German. He was also trained in warfare and politics.
He had the first taste of a real battle in Italy, where he accompanied his father in 1331. Responsibilities came to him just 2 years later, when he was sent to Lucca, Italy, to consolidate the administration there. He put in great efforts to defend the city and set up a fortress and the town of Monte Carlo.
In 1333, he also began administering the Bohemian lands due to his father’s deteriorating eyesight and his continuous absence from the court. These early experiences shaped him up as an effective ruler in the future.
He was officially named the heir to his father’s throne, as ‘Margrave of Moravia.’ On behalf of his brother, he handled the governance of Tyrol and later became deeply involved in efforts to get the possession of the county.
Continue Reading Below
You May Like

The Greatest Current Female Wrestlers In The WWE

The Most Influential Women Of 2020

The Hottest Male Celebrities With The Best Abs
As King
In August 1346, his father passed away in the ‘Battle of Crecy,’ after which Charles became the King. Charles was a smart and diplomatic man with big aims. He was chosen as the King by some of the prince-electors, in opposition to Louis IV. Charles was hence called the ‘Priests’ King’. Louis IV, however, refused to accept Charles as King of Germany. After Charles became King of Bohemia, he decided to attack Louis. A year later, Louis died in a battle and his loyal councillors still refused to accept Charles as King.
Charles knew it very well that he would not achieve his goals by force hence, he devised diplomatic means to go about it. He granted many privileges to the towns in Southern Germany and was successful in gaining their support. His political finesse also had him making many friends in North Germany. This is how he cleared his way to become the undisputed King.
When that issue was sorted, he paid his attention toward Luxembourg, which was the main source of his power. In 1347, after he was crowned King of Bohemia, he redefined the constitutional standing of the King and presented a new law of coronation.
It was the first time in Bohemian lands that the hereditary monarchy was being applied, according to which the law of succession was binding in favour of the first-born son and his subsequent successor. In absence of a male heir, the daughter will have the rights. The Austro-Hungarian monarchy was later based on more or less the same succession law.
Charles was a great scholar and hence, one of the first things he did as king was overseeing the construction of a university - the first one in Central Europe. He also ordered the construction of Karlštejn Castle. It was a place where the imperial crown’s jewellery and crown of Bohemia’s insignia was to be placed.
In 1354, Charles entered Italy without an army in order to make sure that the authority of the ‘House of Bohemia’ was being recognized. He earned the ‘Iron Crown of Lombardy’ in early 1355 and the ‘Imperial Crown in Rome.’ He also earned the title of the ‘Holy Roman Emperor.’ He took the crown and then returned back to Prague, leaving the Italians struggling with their own internal problems.
The title of the ‘Holy Roman Emperor’ was more of an exaggeration and did not provide the title holder with a lot of political power to matter. The power lay in the hands of the local kings and princes, who did the job of choosing the ‘Holy Roman Emperor.’ The title holder was only entitled to some taxation money from Germany and Italy. Charles faced the same issues as his predecessors - the lack of power and money.
Charles was, however, different than the rest. In order to become more powerful and bring kingly authority to the title, he issued a series of ordinances, known as ‘Golden Bull.’
In 1365, after his coronation as King of Burgundy, he became the only ruler of all the kingdoms of the ‘Holy Roman Empire.’
During the reign of Charles IV, Prague became the capital of the ‘Holy Roman Empire.’ He was also a great patron of arts and oversaw the construction of castles, universities, and churches.
Personal Life & Death
Charles IV married four times in his lifetime. He married his first wife, Blanche of Valois, in 1316 and had three children with her.
With his second wife, Anna of Bavaria, he had one son.
From his third and fourth wives, Anna von Schweidnitz and Elizabeth of Pomerania respectively, he had nine children.
Charles IV died on November 29, 1378. He was 62 year old at the time of his death.
His son Wenceslaus, who was born to his third wife, succeeded him to the throne.
You May Like 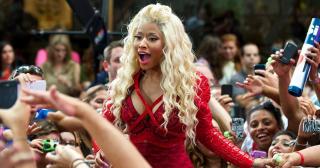 The Best Female Rappers Of 2020 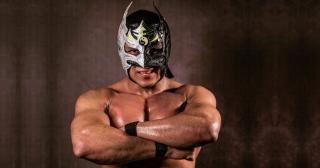 Richard I of England
(British)