You have reached the cached page for https://www.macaubusiness.com/explainer-what-is-the-sahel-and-why-is-it-so-important/
Below is a snapshot of the Web page as it appeared on 6/18/2021 (the last time our crawler visited it). This is the version of the page that was used for ranking your search results. The page may have changed since we last cached it. To see what might have changed (without the highlights), go to the current page.
You searched for: +is the sahel a tropical desert climate We have highlighted matching words that appear in the page below.
Bing is not responsible for the content of this page.
Explainer: What is the Sahel and why is it so important? | Macau Business

UN Secretary-General Antonio Guterres this month called it a “microcosm of cascading global risks converging in one region.”

In pure geographic terms the Sahel, or Sahil in Arabic, meaning coast or shore, is a vast region that stretches along the Sahara desert’s southern rim from the Atlantic to the Red Sea.

Wedged between the desert to the north and tropical forests and savannah to the south, the belt has a tropical semi-arid climate.

There are many different political definitions of which countries actually belong to the Sahel.

But a core group — Mali, Niger, Burkina Faso, Chad and Mauritania — is known as the G5 Sahel.

Other definitions take in parts of Senegal, Nigeria, Sudan, South Sudan and Eritrea.

With vast stretches of inhospitable desert, the central Sahel is notoriously difficult to control and has become a hunting ground for armed groups, rebels and jihadists roaming freely between countries.

Jihadist violence erupted after a rebellion in northern Mali in 2012. The conflict has since spread to the centre of the country, as well as to neighbouring Burkina Faso and Niger, claiming thousands of lives and displacing more than 3.5 million people.

Several anti-jihadist military operations have been launched in the area, including the French Barkhane operation and G5 Sahel force, which brings together the five country’s local armies.

The area has been the scene of some high profile kidnappings. As of November 18 at least six western hostages were still being held.

As the world battles climate change, global warming is around 50 percent greater in the Sahel. In the last quarter of the 20th century, the region suffered the worst droughts of anywhere on the planet.

This has contributed to a staggering 90 per cent decline of the surface of Lake Chad over the past 40 years and a race is on to stop the main source of fresh water to 40 million people across four countries drying up.

In February, 17 Sahel countries set down a plan to invest $400 billion in fighting climate change by 2030.

The region, which is broadly very poor, has one of the highest demographic growth rates in the world.

The population of the G5 Sahel region is expected to more than double to around 170 million by 2050, according to the United Nations.

Amid the unrest, poverty and climate change, the UN said internal displacement had increased 20-fold in less than two years and the number of families facing hunger has tripled.

The Covid-19 pandemic has only exacerbated the problems.

Palestinians to get million Covid vaccine doses in swap with Israel

Global displacement from war, crises doubles in a decade: UN

June 19, 2021
The Crimean city of Yalta on Friday announced a state of emergency, closed entry points...

June 18, 2021
A "verbal ceasefire" is in place between France and Turkey after months of rancorous exchanges...

June 18, 2021
US Secretary of State Antony Blinken will head back to Europe next week days after...
Load more

Covid-19: New opportunity for the host of the city

April 25, 2021
With the aim of facilitating the development of Macao as a Smart City, a research...

March 21, 2021
As the gaming destination of the Asia Pacific Region, Macao has strategically strengthened its leading...

February 14, 2021
The Hospitality and Tourism Sector has experienced a drastic downturn where multiple ‘New Norms’ are...
Load more 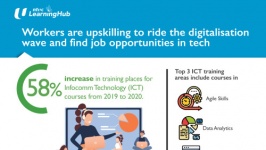 June 18, 2021
Son Suk-ku of SBD Entertainment headlines alongside Ma Dong-seok in THE OUTLAWS 2, a... 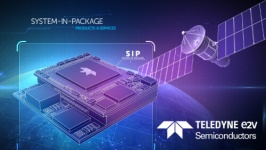 Palestinians to get million Covid vaccine doses in swap with Israel