You have reached the cached page for https://tvtropes.org/pmwiki/pmwiki.php/LetsPlay/Chuggaaconroy
Below is a snapshot of the Web page as it appeared on 11/24/2021 (the last time our crawler visited it). This is the version of the page that was used for ranking your search results. The page may have changed since we last cached it. To see what might have changed (without the highlights), go to the current page.
You searched for: +inner sanctum ii movie soundtrack youtube playlist We have highlighted matching words that appear in the page below.
Bing is not responsible for the content of this page.
Chuggaaconroy (Lets Play) - TV Tropes 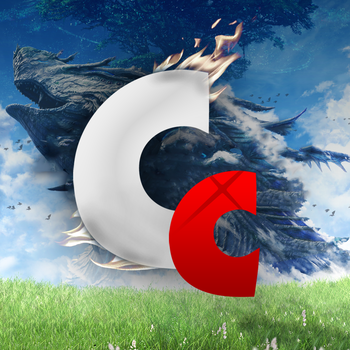 "That loud guy who talks to himself about games as if somebody's listening!"
Hey everybody, it's Chuggaaconroy! Welcome back for more TV Tropes!
Advertisement:

(real name: Emiliano Rosales-Birou) is a Let's Player with over 1.2 million subscribers. He is known for his high production values, regular update schedule, lighthearted and (mostly) family-friendly approach to games, his propensity for catchphrases and running gags (usually based on internet memes), his impressive lung capacity, his hilariously bad puns, and overblown reactions to things that happen throughout his playthroughs.

He's also collaborating with ProtonJon and NintendoCapriSun on a collective LP account, known as The Runaway Guys.

Every game he has LP'ed to date has been available on Nintendo's systems; with the exception of Ōkami, Ōkamiden, Sonic Colors, and Chrono Trigger, they've all been Nintendo first-party titles. He has played at least one game on every major Nintendo home console and handheld, including six on his personal favorite, the Nintendo GameCube. He is known for his opposition to emulation, though he had to bend this personal rule to LP Mother which wasn't available in America at the time and Mother 3, which still isn't. He started out doing exclusively RPGs, but beginning with Super Mario Sunshine, he started doing other genres as well, such as platformers.

He is also a big fan of the Mario series. Thus far, he has LPed ten Mario-related games: four of the main-series platformers (Super Mario 64 DS with some parts of the N64 game included, Super Mario Sunshine, Super Mario Galaxy played as Luigi and thus referred to as "Super Luigi Galaxy", and the long-awaited Super Mario Galaxy 2), Super Mario RPG, three of the Paper Mario games (Paper Mario 64, Paper Mario: The Thousand-Year Door, and Super Paper Mario), two of the Mario & Luigi series (Mario & Luigi: Superstar Saga and Mario & Luigi: Partners in Time), and spin-off game Luigi's Mansion and its sequel, Dark Moon. ProtonJon has additionally stated in a livestream that Chugga is considering a playthrough of Sonic Adventure 2, but thus far no definite plans have been revealed for that game. The Runaway Guys have also done several Mario games like Mario Party, New Super Mario Bros. Wii, New Super Mario Bros. U and New Super Luigi U.

After more than two years at it, he became a YouTube Partner, which was unprecedented among Let's Players (multiple others have since become partners), due to the legal "gray area" that showing game footage entails. He was also part of a collective of gamers called TheGameStation (since rebranded as Polaris), which looked to be shaping up as an alternative to Machinima.com, before he went independent some years later. Finally, he's well known for his work with The Speed Gamers, even appearing live at their home base for two separate marathons, the second of which was the first time since he started doing LPs that he's shown his face on the internet (he appeared wearing a mask in the first, and has since shown his face on countless occasions).

His Let's Plays and other videos provide examples of:

Just when Chugga thinks he got through the second floor of the Submerged Castle without encountering the Waterwraith...

Example of:
You Just Had to Say It

Just when Chugga thinks he got through the second floor of the Submerged Castle without encountering the Waterwraith...