You have reached the cached page for https://www.dailymail.co.uk/tvshowbiz/article-2187903/Kristen-Stewart-Twilight-R-Patz-affair-saw-dubbed-trampire.html
Below is a snapshot of the Web page as it appeared on 5/2/2021 (the last time our crawler visited it). This is the version of the page that was used for ranking your search results. The page may have changed since we last cached it. To see what might have changed (without the highlights), go to the current page.
You searched for: +how old is kristen stewart in twilight time in We have highlighted matching words that appear in the page below.
Bing is not responsible for the content of this page.
Kristen Stewart before Twilight, R-Patz and the affair that saw her dubbed a 'trampire' | Daily Mail Online

Sweet and innocent Kristen Stewart before Twilight, R-Patz and the affair that saw her dubbed a 'trampire'

By Hugo Daniel for MailOnline

Delightedly munching on lobster, pulling funny faces in the make-up chair and grinning for the camera - this is Kristen Stewart before she was transformed into Hollywood's hated 'trampire'.

The 'precocious' actress was then just 13, starring in one of her first films and blissfully unaware of her future as a worldwide celebrity with the Twilight franchise which also introduced her to now-ex lover Robert Pattinson.

It was a more innocent time, according to her friend Hallee Hirsh, who co-starred with Kristen in the 2004 movie Speak. 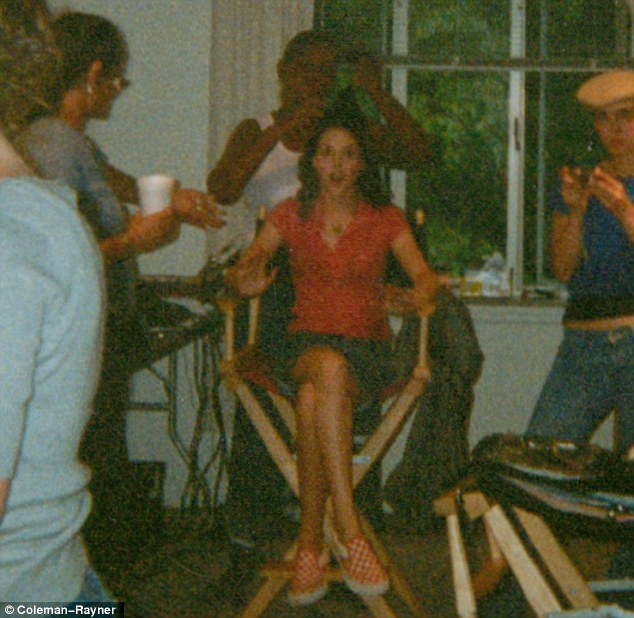 Sweet and innocent: Kristen Stewart as a 13-year-old budding film star, before she found fame in Twilight

She said: 'She's powerful, intelligent and in control but also the apple of people's eyes. I like the way she deals with fame.

'When we worked on Speak she was so precocious, it was a really hard part she played [as a rape victim] but she not only comprehended it, she portrayed it beautifully. 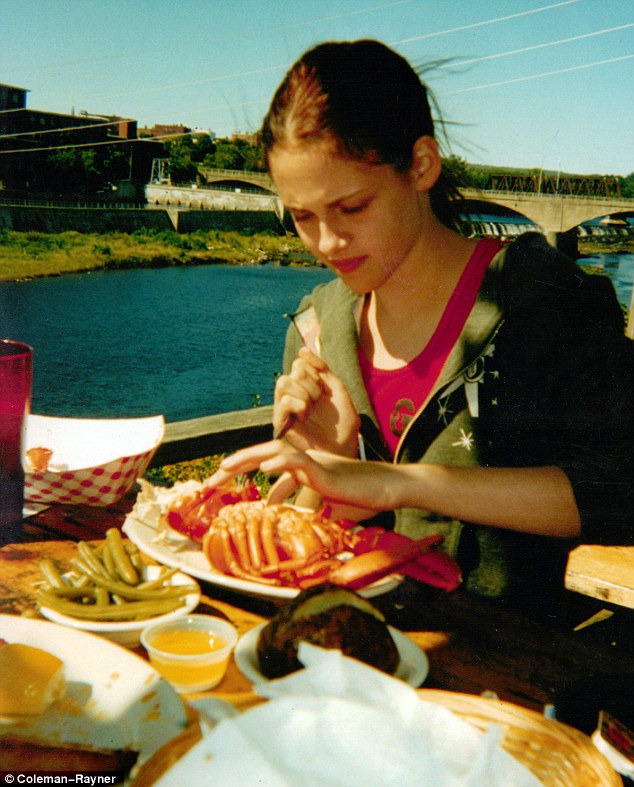 Only the best: The teen, who comes from a Hollywood family of writers, tucks into a plate of lobster 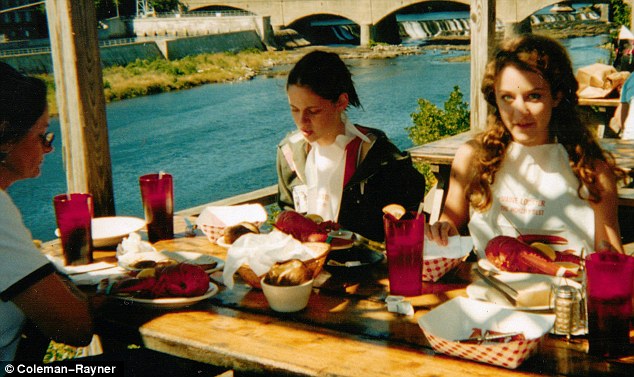 Close friends: Kristen with actress Hallee Hirsh, with whom she co-starred on the 2004 movie Speak; Hallee has defended Kristen, calling her an 'inspiration' 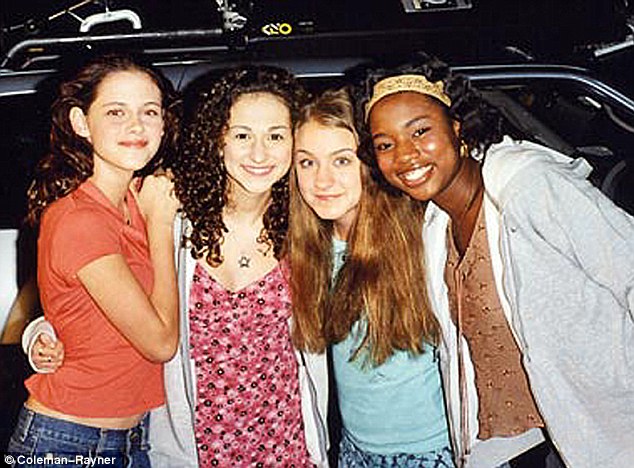 Before the storm: Kristen, left, and Hallee, second from right, on the set of Speak in Ohio

Hallee also revealed that the actress has a habit of falling for the people she works with on her films.

Before R-Patz and Rupert Sanders, Hallee revealed, Kristen had her first 'relationship' with a male co-star on the set of Speak, after meeting her ex boyfriend, actor Michael Angarano, during the movie.

Hallee, 24, described how the 'intense' atmosphere actors and crew experience on a film set can cause romance to blossom.

'From personal experience I know working on a production is a really intense thing. You have this family when you're on project it feels like the people that are around you are the most important people in your life and it's always extremely open and passionate.

'Infidelity, and these sort of things, they happen easily when you're caught up in the moment.' 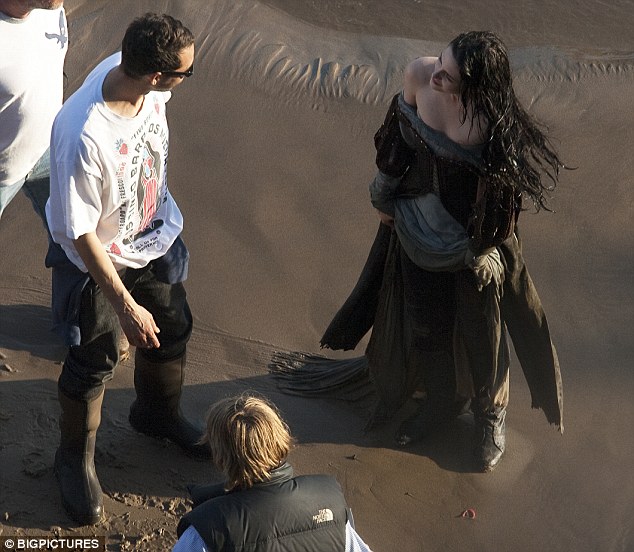 Intense relationship: Kristen filming Snow White And The Huntsman on location in Wales with director Rupert Sanders; the pair began an affair

Hallee was keen to defend her friend, who has been in hiding since her affair with married director Sanders was revealed.

'We all reach hard places in our lives,' she said. 'I don't know anyone who has had all the relationships in their lives run smoothly.We're all human.

'It's difficult juggling [work and a relationship] especially if you're famous.' 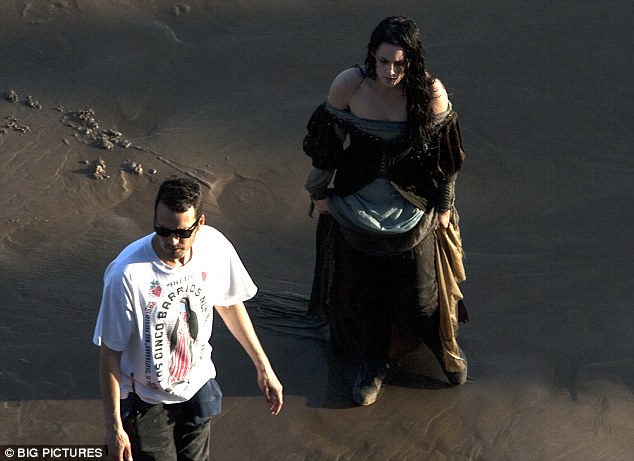 Intense: Hallee described how the atmosphere actors and crew experience on a film set can cause romance to blossom

And Hallee thinks her friend is an inspiration to all young actresses trying to make it.

'I think she's one of the smartest actresses out there. I think she's paving a really, really cool way for the rest of us young actresses.

'I think it's really difficult for women in acting being famous and being a sex symbol. She's awesome, she's a real artist.' 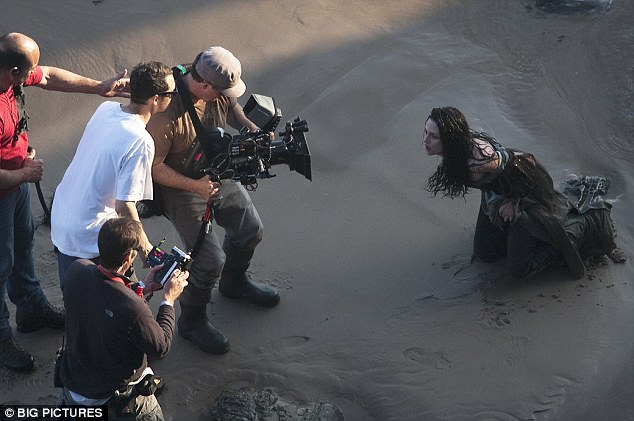 Photos released today from the set of the film Snow White And The Huntsman, give a hint of the bond that had developed between Kristen and her director.

She can be seen in a low cut dress crawling on the wet sand as Sandars locks eyes with her, watching every movement and directing the camera.

Between takes Kristen smiles and flicks her hair as she chats to Sandars. The pair were filming on location in Wales last year. 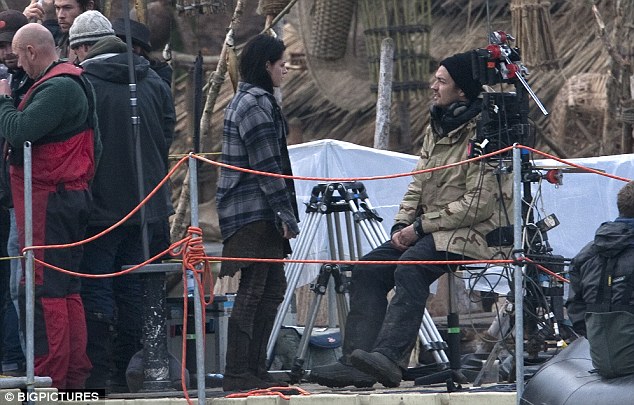 Forming bonds: The fall out from Kristen and Rupert's affair has seen both of them apologise to their partners, and Kristen remains in hiding

Kristen Stewart before Twilight, R-Patz and the affair that saw her dubbed a 'trampire'