You have reached the cached page for https://everydaypower.com/the-punisher-quotes/
Below is a snapshot of the Web page as it appeared on 11/23/2021 (the last time our crawler visited it). This is the version of the page that was used for ranking your search results. The page may have changed since we last cached it. To see what might have changed (without the highlights), go to the current page.
You searched for: +guys reading poems movie quotes inspirational We have highlighted matching words that appear in the page below.
Bing is not responsible for the content of this page.
50 The Punisher Quotes for a New Perspective on the "Good Guy"

Connect with us
Menu

The Punisher quotes below will give you a look at the popular anti-hero.

We’re used to heroes being the “good guys”. They come in and save the day and the whole world is thankful for what they do. They get great publicity and all is good with the world.

That’s how we view “heroes” in movies and comic books typically. But The Punisher shows us that not all heroes look that way.

The Punisher is the story of an anti-hero from Marvel Comics. It’s the story of Frank Castle. His family was murdered by the mob. This sends Castle into a tailspin where he becomes The Punisher. 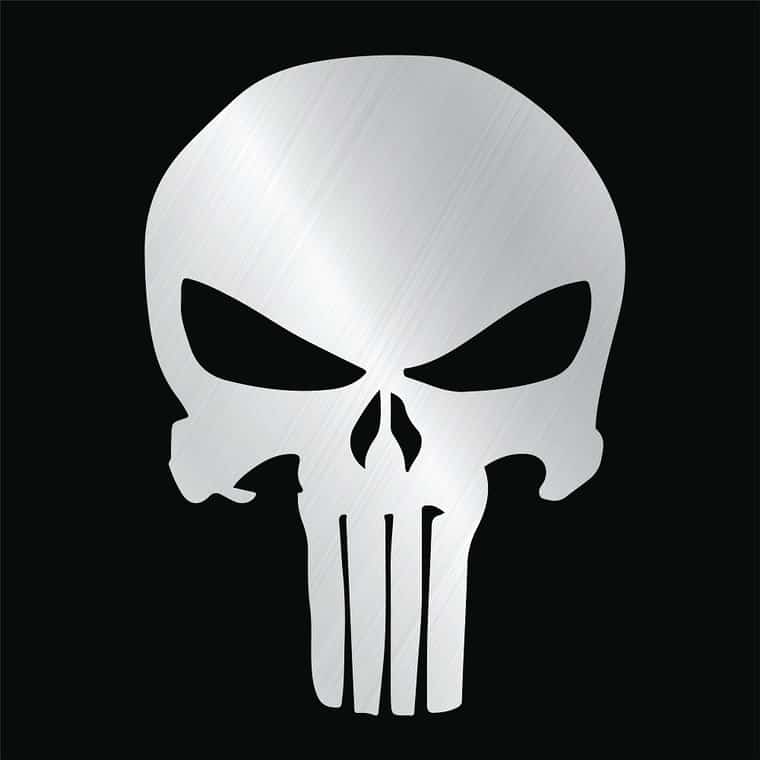 His goal is to take on crime his own way. He’s kind of like a one-man vigilante as you’ll see in The Punisher quotes below.

The Punisher quotes by Billy Russo

1. “Sometimes I think the only way to get by this world is to step off it for a while.” — Billy Russo

2. “There’s nothing like a nice smile to let them know you give a shit.” — Billy Russo

The Punisher quotes by Lewis Wilson

4. “Remember it is ruin to run from a fight, so take open order, lie down and sit tight and wait for support like a soldier. Wait, wait, wait like a soldier.” — Lewis Wilson

5. “When you’re wounded and left on Afghanistan’s plains, And the women come out to cut up what remains, just roll to your rifle and blow out your brains, and go to your God like a soldier. Go, go, go like a soldier.” — Lewis Wilson

The Punisher quotes by Frank Castle

7. “If you’re gonna look at yourself, as soon as you look in the mirror, you gotta admit who you are. But not just to yourself, you gotta prove it to everybody else.” — Frank Castle

8. “You just point and shoot. There’s no safety. If you run out of bullets, it probably means we’re both dead.” — Frank Castle

10. “Call me old-fashioned. I don’t work with Russians.” — Frank Castle

Related  Leadership Quotes That Will Spark Your Fire

13. “Yeah, it was like the tougher you acted, the more scared you looked.” — Frank Castle

17. “It’s not that I didn’t know. I didn’t care. I didn’t care. Right then, I would’ve killed anything that got in my way. You know what that means, right? Now I’m the monster. Yeah. If any of those pieces of sh*t that I killed, if they deserved to die… so do I.” — Frank Castle

18. “I’m not the one that dies, kid. I’m the one that does the killing. The thing is, every time I try to be someone different, that’s when the wrong people get hurt.” — Frank Castle

19. “You’re the only one that’s different, Curtis. All that time we spent training to kill people, you were trained to put ’em back together. You know, help ’em, heal ’em. Me and Bill, not so much.” — Frank Castle

20. “You know, I remember… I remember killing every one of ’em, Curtis. You know, just… They’re dead. Sometimes, I think that’s all I got. Just me and the ghosts.” — Frank Castle

21. “Only someone who’s never been shot would say something stupid like that.” — Frank Castle

22. “I just wanted to be with them. But that day, we went to that park, and the kids were too old for that stupid carousel, but that day they just laughed, you know? They were laughing. We were all laughing like idiots. And then And that laughter, it stuck with me, you know? After I lost them, it would just It would echo, you know? It was over and over. And it wasn’t just in my dreams. It was, like It was in my heart, you know? And I just I wanted to hold onto it. I wanted to live in it and just hear that laughter, but thing is, I can’t hear it anymore. It’s all I had. It’s gone.” — Frank Castle

23. “Look, I know you. All right? You’re brave. You’re strong, all right. But you are so goddamn stubborn, and you will throw everything away for me, and I cannot let that happen, all right?” — Frank Castle

24. “Okay, John. Here’s the thing. That kid right there… the one whose head you got that gun on, you see, I’d do anything for her. Anything.” — Frank Castle

The Punisher quotes by Dina Madani

26. “You decide someone deserves to be gone, and bang, they’re gone. No second thoughts, no qualms, no conscience. And then on you go, happy and safe on your… I guess at least borderline psychopathic, merry way.” — Dina Madani

28. “You sold out everything you ever stood for, anyone you ever cared about, and you did it for money and status. Left Frank for dead, covered in the blood of his wife and children. That’s who you are.” — Dina Madani

29. “We need good people here to get things done. And let’s face it… when it comes to this stuff… you’re the best. I’m offering you a job, Castle.” — Dina Madani

The Punisher quotes by Amy Bendix

35. “He nearly shot me ’cause he cares about me? Yeah, that’s the Frank I know. Very touchy-feely.” — Amy Bendix

36. “He’s… the Punisher; he’s going to, like, righteously pull your spine out of your throat.” — Amy Bendix

37. “Just because someone says something is true doesn’t mean that it is. Even if you wanna believe them. Even if you keep believing them. Even if they believe it themselves. In the end, you just have to admit that they’re lying and change your own path, ’cause… people never change. They just hide stuff from you and let you down. Over and over again. Plenty of kids learn that at a young age. And so you have to decide… do I stay, or do I change the path for myself?” — Amy Bendix

The Punisher quotes by Krista Dumont

39. “Take away the one thing he has left. The idea that he is somehow better than you.” — Krista Dumont

The Punisher quotes by other characters

40. “I think purple might be your color. It really matches your eyes.” — David Lieberman

41. “It doesn’t matter what you did. It doesn’t change how I feel about you.” — Karen Page

43. “How we deal with disappointments is what decides the person we are.” — Farah Madani

45. “Have you ever turned your phone off just so you can stop hoping it’ll ring?” — Sarah Lieberman

The Punisher quotes from memorable conversations within the show

Frank Castle: “That’s from a poem about a bunch of guys who got their asses handed to ’em on the back of bad intel, right?”

47. David Lieberman: “You would rather be dead than feeling? Frank Castle, the Punisher, on a suicide mission because, what, he doesn’t like when, uh, he gets his feelings hurt?”

Frank Castle: “Damn. I am not gonna miss the sound of your voice.”

Dinah Madani: “Oh, you did this to yourself.”

49. Brett Mahoney: “Karen? What happened to your shoes?”

Karen Page: “I gave ’em away for a worthy cause.”

50. Brett Mahoney: “I don’t know why you’re so overprotective of this guy.”

Krista Dumont: “If we can’t find the best in others, how can we hope to find it in ourselves?”

Which of these The Punisher quotes is your favorite?

If you like the storyline and character of the Punisher, there are plenty of ways for you to enjoy it more. The character is featured in comic books, films, and movies.

Versions of the story and character have been used by Marvel from the 1980s until today. He’s popularly known for the white skull emblem he wears.

While the story of the man behind The Punisher changes a little from one story and universe to the next, the underlying theme is the same.

As these quotes show, The Punisher is a man who lost everything and is left with nothing to fear as he takes on the “bad guys” once and for all.

If you’re looking for a different kind of hero story to follow, this is one you may enjoy.

0 comments
Be the first one to leave a comment!
Related Topics:Quotes