You have reached the cached page for https://www.italyonthisday.com/2020/01/galeazzo-maria-sforza-duke-of-milan.html
Below is a snapshot of the Web page as it appeared on 9/7/2020 (the last time our crawler visited it). This is the version of the page that was used for ranking your search results. The page may have changed since we last cached it. To see what might have changed (without the highlights), go to the current page.
You searched for: +gian galeazzo sforza restaurant We have highlighted matching words that appear in the page below.
Bing is not responsible for the content of this page.
Galeazzo Maria Sforza - Duke of Milan | Italy On This Day

Effective leader with dark side

Galeazzo Maria Sforza, who became the second member of the Sforza family to take the title Duke of Milan, was born on this day in 1444 in Fermo, in what is now the Marche region.

Sforza was an effective ruler but is often remembered as a tyrant with a cruel streak.  He ruled Milan for just 10 years before he was assassinated in 1476.

In that time, Galeazzo did much to boost the economy of Milan and the wider area of Lombardia. He introduced measures to promote and protect the work of Lombard craftsmen and boosted agriculture by the introduction of jasmine farming and rice cultivation. Farsightedly, he realised that a healthy population was a more productive one and expanded the health institutions started by his father, Francesco Sforza.  He minted a new silver coin, the Testone, which carried an image of his profile on the reverse.

He saw to it that work on Milan’s cathedral, which had started almost 100 years earlier, continued to progress, and took over the construction of a major hospital that his father had wanted to see built.

Galeazzo was also a major patron of music, attracting composers and musicians not just in Italy but from northern Europe, especially the Franco-Flemish areas of present day Belgium and Holland. Alexander Agricola, Johannes Martini, Loyset Compère, and Gaspar van Weerbeke all had their standing boosted by their association with the Sforza court, where they composed masses, motets and secular music.

He was also a patron of the arts, although this was mainly connected with the extravagant decoration and embellishment of the vast Castello Sforzesco. The castle had been built by his father, Francesco, but he and Galeazzo’s mother, Bianca Maria Visconti, chose to live in the more modest Corte d’Arengo rather than be seen to flaunt their wealth.

Such considerations were dismissed by Galeazzo, who decided the castle was a suitable home for him and his family and hired two Florentine architects of particular note, Bartolomeo Gadio and Benedetto Ferrini, to oversee the restructuring of the Ducal Court, Rocchetta courtyard and his own private accommodation.

He commissioned the Ducal Chapel, built in 1471, and engaged artists of considerable reputation such as Bonifacio Bembo, Giacomino Vismara and Stefano de Fedeli.  The chapel’s extraordinary decoration, with much use of pure gold, makes it one of the masterpieces of Sforza art.

A skilled soldier, Galeazzo was called back from a military expedition in France at the time of his father’s death and hundreds of Milanese turned out to acclaim him as the new Duke when he returned to the city. It was not long before his ruthless streak emerged, however. At first ruling jointly with his mother, he soon took steps to relegate her to a much less influential position and it was not long before she moved to Cremona, where she had considerable support.  It is said that she was in contact with Ferdinand I of Naples, an enemy of Galeazzo, and after she became ill and died in 1468 there were suspicions that Galeazzo had ordered his agents to poison her.

If that were true, it would have been consistent with the stories of cruelty that have been associated with Galeazzo, who is said to have taken delight in condemning those who offended him to agonizing deaths and subjecting his enemies to torture.  A womaniser, he allegedly raped the wives and daughters of Milanese noblemen, confident that they would be too fearful for their own safety to raise objections.

However, his excesses and cruelties eventually cost him his life when three of high-ranking officials in his court, Carlo Visconti, Gerolamo Olgiati and Giovanni Andrea Lampugnani, conspired to assassinate him.  All three had motives, Lampugnani’s stemming from a land dispute that cost him a considerable part of his fortune, Olgiati’s from political differences, and Visconti’s from suspicions that Galeazzo had raped his daughter.

Their plot came to fruition on 26 December, the feast of Santo Stefano, when Galeazzo attended the Basilica di Santo Stefano Maggiore to celebrate the saint.  When Galeazzo arrived, Lampugnani knelt before him in the atrium but then rose suddenly and stabbed him in the groin and chest. Visconti and Olgiati joined in, plunging their own weapons into the body of the Duke, who was soon dead.

Lampugnani himself was killed by one of Galeazzo’s guards, while Visconti and Olgiati were caught and executed within days.  Galeazzo was succeeded as Duke of Milan by Gian Galeazzo Sforza, the first-born of his four legitimate children, although for five years, until his majority, Milan was governed by his mother, Bona of Savoy.

The Castello Sforzesco is one of the main sights for visitors to Milan, situated to the northwest of the city centre, with the Parco Sempione behind it. Francesco Sforza built it on the site of the Castello di Porta Giova, which had been the main residence in the city of the Visconti family, from which Francesco was descended. The Viscontis ruled Milan for 170 years. Renovated and enlarged a number of times in subsequent centuries, it became one of the largest citadels in Europe and now houses several museums and art collections.

The Basilica of Santo Stafano Maggiore can be found in Piazza Santo Stefano, to the southeast of Milan’s centro storico, just a few minutes’ walk from the Duomo. Although it dates back to the fifth century, the present structure was built in 1075 in Romanesque style.  It contains the relics of at least eight saints. As well as being the scene of the death of Galeazzo Maria Sforza, an event which is commemorated with a plaque in the atrium, the church also witnessed the baptism, in 1571, of the painter Michelangelo Merisi, better known as Caravaggio.

Also on this day:

1705: The birth of the castrato singer Farinelli, acknowledged as music’s first ‘superstar’

1947: The birth of footballer Giorgio Chinaglia THE SHOOTING IN SORRENTO

The Shooting in Sorrento, a new crime novel set in the southern Italy resort, is now available from Amazon.
It is the second Butler and Bartorelli mystery by Val Culley, following Death in the High City, which was set in Bergamo in Lombardy.
The book - written for readers who prefer the 'cosy crime' genre - features journalist Kate Butler and her partner, Steve Bartorelli, who is a retired Detective Chief Inspector.
They are in Sorrento for the wedding of the daughter of one of Steve’s Italian cousins.
When tragedy strikes an English family staying at their hotel, Kate feels she has to help.
She joins forces with another visitor to Sorrento to investigate after it becomes clear the Italian police aren’t looking further than the English family.

The Shooting in Sorrento is available on Amazon Kindle or as a paperback. 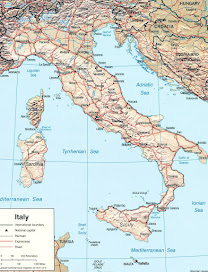 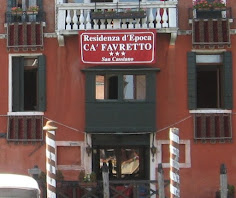 A selection of recommended hotels in Italy. Click on the picture to visit the site. 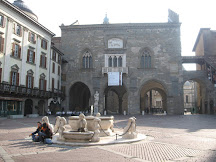 Tips and advice for visitors to this lovely Italian city. Click on the picture to visit the site. 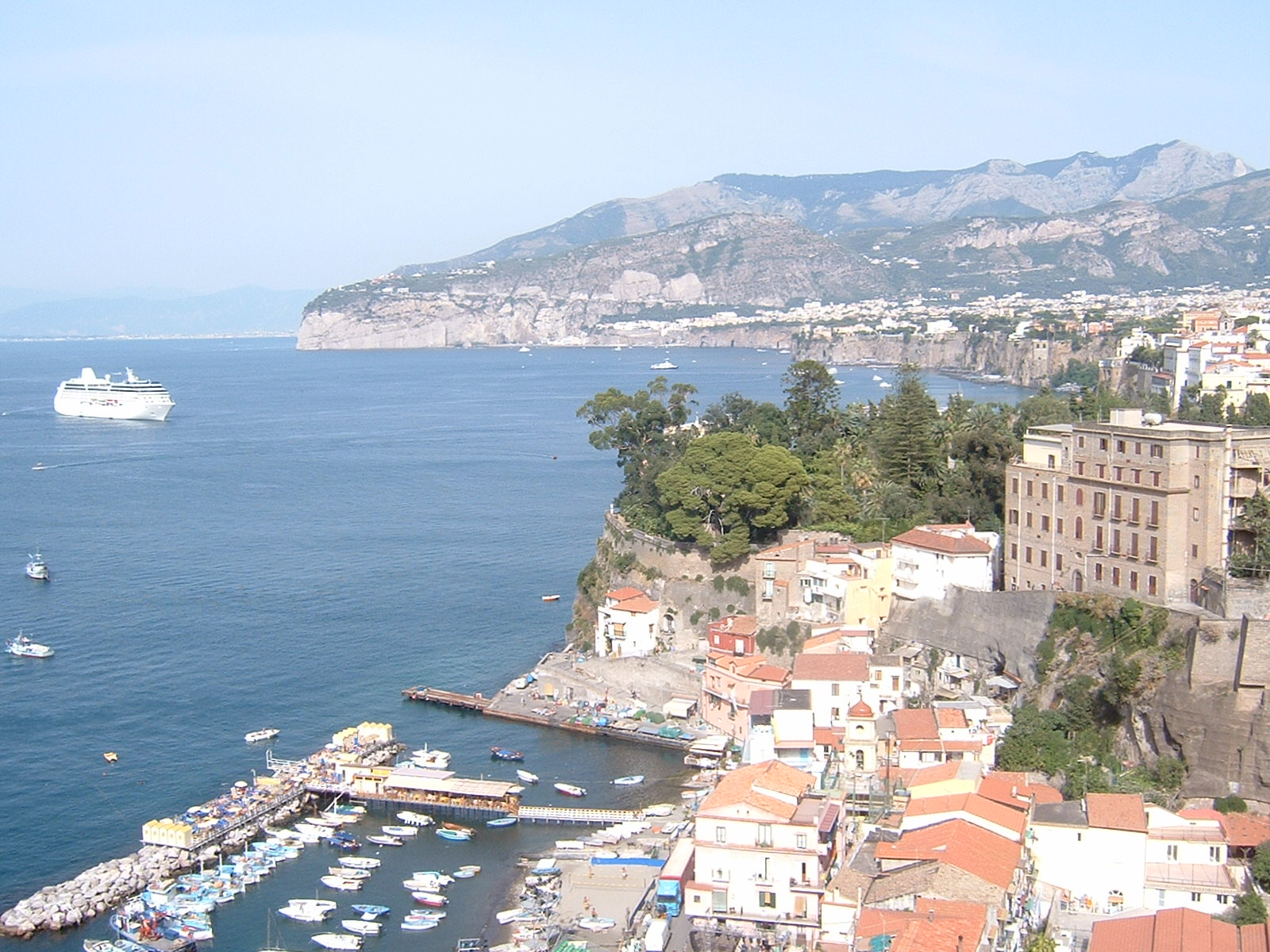 Tips and advice for visitors to this popular Italian resort. Click on the picture to visit the site. 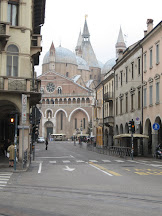 What to see in this charming city in the Veneto. Click on the picture to visit the site.

All facts given on this website have been carefully researched and are published by the Italy On This Day Editor in good faith. All travel advice, hotel and restaurant recommendations are based on information that has been checked and was correct at the time of writing.

Search Italy On This Day 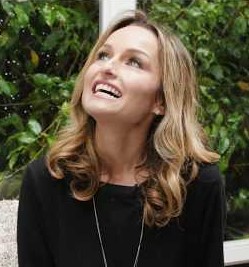 Italy On This Day: Archive

Italy On This Day: Sister Sites

provides the backdrop, is available from Amazon in paperback and as a Kindle e-book.
Visit www.crimesceneitaly.com to find out more about crime novels set in Italy.