You have reached the cached page for https://www.britannica.com/biography/Frederick-I-Holy-Roman-emperor/Relations-with-Pope-Alexander-III
Below is a snapshot of the Web page as it appeared on 11/16/2020 (the last time our crawler visited it). This is the version of the page that was used for ranking your search results. The page may have changed since we last cached it. To see what might have changed (without the highlights), go to the current page.
You searched for: +frederick i holy roman emperor We have highlighted matching words that appear in the page below.
Bing is not responsible for the content of this page.
Frederick I - Relations with Pope Alexander III. | Britannica
Frederick I
Article Media Additional Info
Article Contents

Alexander III, one of the greatest lawyers of the church, wanted to found a papacy that would be independent of the Emperor; he excommunicated Frederick in 1160. France, England, Spain, Hungary, the Lombards, and even Emperor Manuel joined Alexander’s party; under imperial pressure, Alexander retired to France in 1161, where he remained until 1165. John of Salisbury asked at that time: “Who made the Germans judges of the nations?” Barbarossa’s attempt to persuade King Louis VII of France to try to heal the schism when they met at Saint-Jean-de-Losne on the Saône was of no avail. Alexander attempted to bring Frederick back into the church but with no success. At Alexander’s urging, the Byzantine emperor Manuel Comnenus now prepared to form an alliance with France and was ready to recognize the Pope. In 1162 Milan was destroyed by Frederick.

When Victor IV died in 1164, Paschal III (reigned 1164–68) was quickly elected as the new imperial pope on the urging of Rainald of Dassel, perhaps against the will of the Emperor. Because of friction between Louis VII and Henry II of England and because the latter was embroiled in an argument with Thomas Becket, Barbarossa decided to form an alliance with Henry II. At the Diet of 1165 in Würzburg, Frederick swore not to recognize Alexander III. The promises made by the English delegates that Frederick’s political wishes would be recognized were denied by Henry II, who preferred to keep Alexander under pressure, thus making things more difficult for Becket.

Following the death of William I of Sicily in 1166, Frederick felt that the time had come to strike a decisive blow against Alexander III, who had returned to Rome, and against Sicily. The Lombard League was formed to defend against the Emperor’s fourth expedition to Italy. Frederick’s expedition ended in disaster, however, when malaria broke out in his army. Rainald of Dassel died in Rome at this time, causing a change in the imperial strategy. When Frederick negotiated peace between Louis VII and Henry II and then sent the Bishop of Bamberg in 1170 to Alexander III and envoys to Byzantium, a détente resulted that even Alexander could not escape. In his fifth Italian campaign (1174) Frederick did not defeat the Lombards militarily, but they were forced to subject themselves to him in the Armistice of Montebello. Because Duke Henry the Lion of Saxony refused to come to his aid, however, Frederick lost the Battle of Legnano against the Lombards. He was now ready to deal with the Pope, and in 1176 they signed the Treaty of Anagni. In the Peace of Venice (1177) Barbarossa acknowledged Alexander III as the true pope. In front of the Church of St. Mark’s, Barbarossa received the kiss of peace from the Pope. At Venice the imperial delegates had been able to improve the Emperor’s position. Above all was the fact that, although a truce had been negotiated with the Lombards, they were not included in the peace treaty. A treaty with the Lombards was finally confirmed in the year 1183.

Barbarossa meanwhile had also initiated sweeping changes in his empire, where Duke Henry the Lion of Saxony was the strongest prince next to him. When Barbarossa took office, Henry had laid claim to Bavaria, the domain of the margrave Henry II Jasomirgott of Austria. Barbarossa bestowed Bavaria on Henry the Lion, and as compensation he elevated the margravate of Austria to a dukedom, with special rights. The Emperor also left the dukedom of Saxony and Mecklenburg under Henry the Lion’s control, and in 1154 the Duke received the privilege of investing bishops in the colonial land east of the Elbe. The year 1158 was of great importance for the empire; Barbarossa founded the imperial territory of Pleissnerland (south of Leipzig), elevated Duke Vladislav II of Bohemia to king, and granted the Archbishop of Bremen important privileges, restoring the Bishop’s lost political power. Also in 1158 Frederick promised to enfeoff Waldemar I the Great of Denmark—that is, make him his vassal with certain rights.

Meanwhile, Henry the Lion founded the cities of Munich and Lübeck (1158). The founding of Lübeck brought German merchants to the Baltic Sea. The Duke closed a contract between the Germans and the inhabitants of Gotland and sent envoys to Scandinavia and Russia. A trade agreement was closed in 1189 with Novgorod. About 1180 German merchants reached Riga; their advance was protected by Henry’s conquest of Mecklenburg (1177). By 1148 Henry had the county and the town of Stade, the most important harbour on the Elbe, in his control.

Deposition of Henry the Lion.

At the same time German colonists had settled in Brandenburg under the margrave Albert I the Bear and in Silesia. Barbarossa had restored the dependence of the Polish dukes during two expeditions to Poland in 1157 and 1172. Henry the Lion, the most powerful prince in northern Germany, made Brunswick his residence. He had repeatedly challenged other princes in feuds, but Archbishop Wichmann of Magdeburg, Albrecht of Brandenburg, Landgrave Louis III of Thuringia, and Archbishop Rainald of Cologne offered repeated resistance. It is not completely certain that Duke Henry’s refusal of aid to Frederick in 1176 was the sole cause of his downfall. Apparently his manifold breach of the peace of the land caused the Emperor to accuse him, to conquer Lübeck, and, in 1180, through a council of the princes in Gelnhausen, to depose him. Henry lost his dukedom; Westphalia was given to the Archbishop of Cologne, and Bavaria was granted to Otto of Wittelsbach. Henry, who was married to Mathilde of England, went in exile to King Henry II of England. As a result of Henry the Lion’s trial, the feudal system was made a still stronger basis of the imperial constitution. Thereafter, only those princes who had received their land directly from the Emperor were admitted to the exclusive circle of imperial princes (Reichsfürsten). Barbarossa elevated the princes of Pomerania to dukes, and the counts of Andechs became the dukes of Merania (in the neighbourhood of Trieste). Steiermark became a dukedom. Another important measure of Barbarossa was the elevation of the Bishop of Würzburg to duke of Franconia in 1168.

Barbarossa had attempted to hold the increasing power of the princes in check. By 1152 he had found a solution for the area of Burgundy, which also belonged to the empire. He made Duke Berthold IV of Zähringen his representative for the dukedom of Burgundy as far as the Mediterranean and married Béatrix, the daughter of Count Rainald of Burgundy (1156). Barbarossa attempted to build his own imperial territory between the areas controlled by the princes. This territory was composed of castles, cities, landholdings, ministerial seats, and single rights that were more or less thickly scattered from Swabia to Thuringia. This large territory was ruled by imperial ministerials (ministeriales imperii). These men had great power because many of them belonged to the Emperor’s circle. The most famous of them was Kuno of Münzenberg, whose castle is preserved in the Wetterau north of Frankfurt and who founded the town of Friedberg. The territorial “peace laws” belong to his efforts to keep the Emperor in power.

Chivalry gave Barbarossa’s time a special stamp. He expressed his enthusiasm for knighthood as the ideal way of life at the festival of Pentecost at Mainz in 1184, where he dubbed his sons knights. This festival was surpassed by the “Diet of Jesus Christ” in 1188, when the margravate of Namur was transformed into an imperial principality. More important was Barbarossa’s call to the Third Crusade in the spring of 1189 to free Jerusalem from Saladin’s army, which had captured it in 1187. Before his departure he returned the former possessions of the Countess Mathilde of Tuscany, a part of the papal state, to the Pope. In 1190 the Emperor drowned while trying to cross the Saleph River. 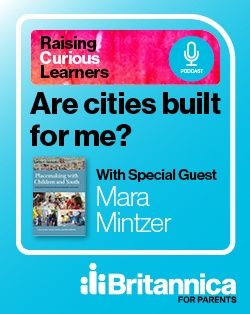