You have reached the cached page for https://www.sootoday.com/local-entertainment/downchild-blues-band-bringing-50th-anniversary-tour-to-sault-2134402
Below is a snapshot of the Web page as it appeared on 7/16/2020 (the last time our crawler visited it). This is the version of the page that was used for ranking your search results. The page may have changed since we last cached it. To see what might have changed (without the highlights), go to the current page.
You searched for: +flip flop and fly 40 years of the downchild blues band movie free We have highlighted matching words that appear in the page below.
Bing is not responsible for the content of this page.
Downchild Blues Band bringing 50th anniversary tour to Sault - SooToday.com Skip to content 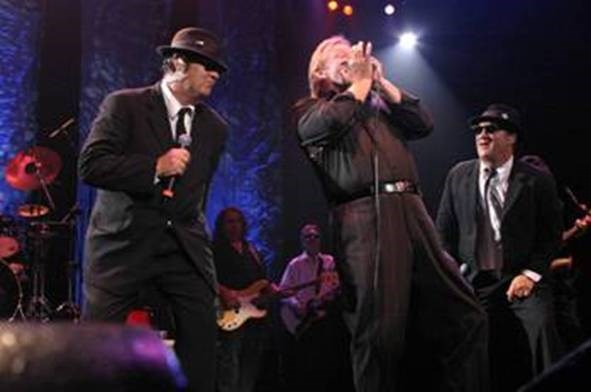 Downchild shut down Bloor Street in Toronto this past June to kick off their 50th Anniversary Tour at the Toronto Jazz Festival, with a show for the ages to over 10,000 fans who packed the house to witness a stellar line up of special guests that included Elwood Blues himself, Mr. Dan Aykroyd,  Paul Shaffer, former bandleader on the David Letterman Show, blues/rock icon David Wilcox as well as former Downchild alumni Kenny Neal and Gene Taylor (Fabulous Thunderbirds) and Finnish blues sensation, Erja Lyytinen.

It's hard to believe it's been half a century since, bandleader, songwriter, guitarist and harmonica player Donnie “Mr. Downchild” Walsh and his brother, the late Richard "Hock" Walsh, formed The Legendary Downchild Blues Band in Toronto, ON in June 1969.

Interestingly, the Walsh brothers lived in North Bay in their youth and discovered the blues in North Bay, when their father use to own the Lakeview Inn on Lakeshore Drive. Patrons would come into the Tavern and fill up the jukebox with song requested for the night. Donnie and his brother would get up in the morning and plug the jukebox back in and listen to all of the songs that remained from the night before for free, including Chuck Berry, Jimmy Reed and many more.

From humble beginnings, Downchild performed their first gig at Grossman's Tavern in Toronto. Fittingly, the band returned to the infamous juke joint for a rare, intimate club performance to commemorate their year-long 50th Anniversary Tour, with a sold out performance that will no doubt go down in history.

Named after a Sonny Boy Williamson II song, Downchild's story begins when Donnie “Mr. Downchild” Walsh was a mere teenager and fell in love with the Blues at a sweet 16 birthday party for his girlfriend. “I was absolutely amazed by the music and, like most people who heard blues, started looking for more,” says Donnie, who soon discovered artists like Muddy Waters, Jimmy Read, John Lee Hooker, Buddy Guy and B.B. King.

Inspired by those classic sounds, Downchild launched an unstoppable career that has included 18 albums, countless awards and sold-out shows around the globe. The band's 1971 debut Bootleg, one of the first independent albums in Canada, was recorded in a makeshift studio in parking garage at Rochdale College. Soon after, they scored their first smash hit with a jumping version of Big Joe Turner’s classic “Flip Flop & Fly.”

"I was pretty lucky to get a hit record just a few years after starting the band. As I like to say, if you have a hit record, the rest is geography. You just get in the van and go, and that's what we did. For the longest time, we played 250 to 300 dates a year," says Donnie.

Downchild came to international prominence as the inspiration for Hollywood stars Dan Aykroyd and the late John Belushi’s smash film The Blues Brothers. In fact, two Downchild songs, “Shotgun Blues” and “(I Got Everything I Need) Almost” were even covered on The Blues Brothers’ 1978 multi-platinum album Briefcase Full of Blues.

A documentary on the band, “Flip Flop & Fly – 40 Years of the Downchild Blues Band” was featured repeatedly on HBO Canada for two years, as one of their most popular documentaries ever. Watch the trailer here.

The current lineup of Downchild features some of the most well-respected musicians in the country, who have performed together for over 25 years: Lead singer and harmonica player Chuck Jackson, Pat Carey on tenor sax, Mike Fitzpatrick on drums, Gary Kendall on bass, and former American super-group rocker Michael Fonara (of Rhinoceros/Lou Reed fame) on keyboards.

This has been shared 0 times

City announces new Canada Day decorating contest
Jun 20, 2020 9:00 AM
Comments
We welcome your feedback and encourage you to share your thoughts. We ask that you be respectful of others and their points of view, refrain from personal attacks and stay on topic. To learn about our commenting policies and how we moderate, please read our Community Guidelines.