You have reached the cached page for https://soundaboard.blogspot.com/2012/10/the-downchild-blues-band-40th.html
Below is a snapshot of the Web page as it appeared on 6/2/2020 (the last time our crawler visited it). This is the version of the page that was used for ranking your search results. The page may have changed since we last cached it. To see what might have changed (without the highlights), go to the current page.
You searched for: +flip flop and fly 40 years of the downchild blues band movie free We have highlighted matching words that appear in the page below.
Bing is not responsible for the content of this page.
Soundaboard: The Downchild Blues Band - 40th Anniversary Concert

Please welcome aboard some more blues from Canada by The rippin' Frog! 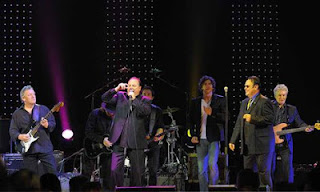 It’s time for Canada to celebrate the legends of Blues! And when one thinks of blues music in Canada, the first name that springs to mind is DOWNCHILD. It’s been 40 years since Donnie “Mr. Downchild” Walsh and his late brother, Hock formed the renowned group that would be the inspiration behind the world famous Blues Brothers and DOWNCHILD celebrated their anniversary in style, with some very special friends – including blues brother and movie icon DAN AYKROYD. Opening on the tour is COLIN LINDEN who will be performing both solo and then with the band. JAMES COTTON and WAYNE JACKSON OF THE MEMPHIS HORNS as well as JONAS, BOB WALSH and NANETTE WORKMAN who all make guest appearances along the way.

Downchild band members include some of the most well respected musicians in the country, who have performed together for over 15 years. This includes silky smooth singer and harmonica player CHUCK JACKSON, tenor sax player PAT CAREY, MIKE FITZPATRICK on drums, rhythm captain GARY KENDALL on bass, and former American super-group rocker MICHAEL FONFARA (of Rhinoceros fame) on keyboards.

Track Listing for this Concert

Email ThisBlogThis!Share to TwitterShare to FacebookShare to Pinterest
Posted by AtticRock

Would it be possible to repost this Downchild concert. Only recent;y discovered the band....huge fan.....but nowhere else to grab this show.

As an aside, thanks for everything you do on this blog.....you have brought me and many others countless hours of incredible music. I really appreciate it

@ MIKE
Downchild Blues Band 40th Anniversary Concert (CBC Podcast)
new links in the comments
update your zip program if u cant open it
as explained in many of my post !
https://www93.zippyshare.com/v/8egTovhU/file.html

MIKE
thnks for your kind words!
nice to hear

Sharing great quality unreleased recordings since 2007.
All files are on free file-hosting sites.
If you're an artist or represent one and don't want your music here send us an email and the files will be removed. 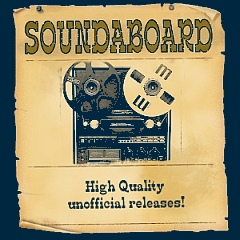 What is your favorite decade of music: