You have reached the cached page for https://www.deviantart.com/butchc/art/The-80-s-Ernest-P-Worrell-817208354
Below is a snapshot of the Web page as it appeared on 6/7/2020 (the last time our crawler visited it). This is the version of the page that was used for ranking your search results. The page may have changed since we last cached it. To see what might have changed (without the highlights), go to the current page.
You searched for: +ernest p worrell We have highlighted matching words that appear in the page below.
Bing is not responsible for the content of this page.
The 80's....Ernest P. Worrell by ButchC on DeviantArt 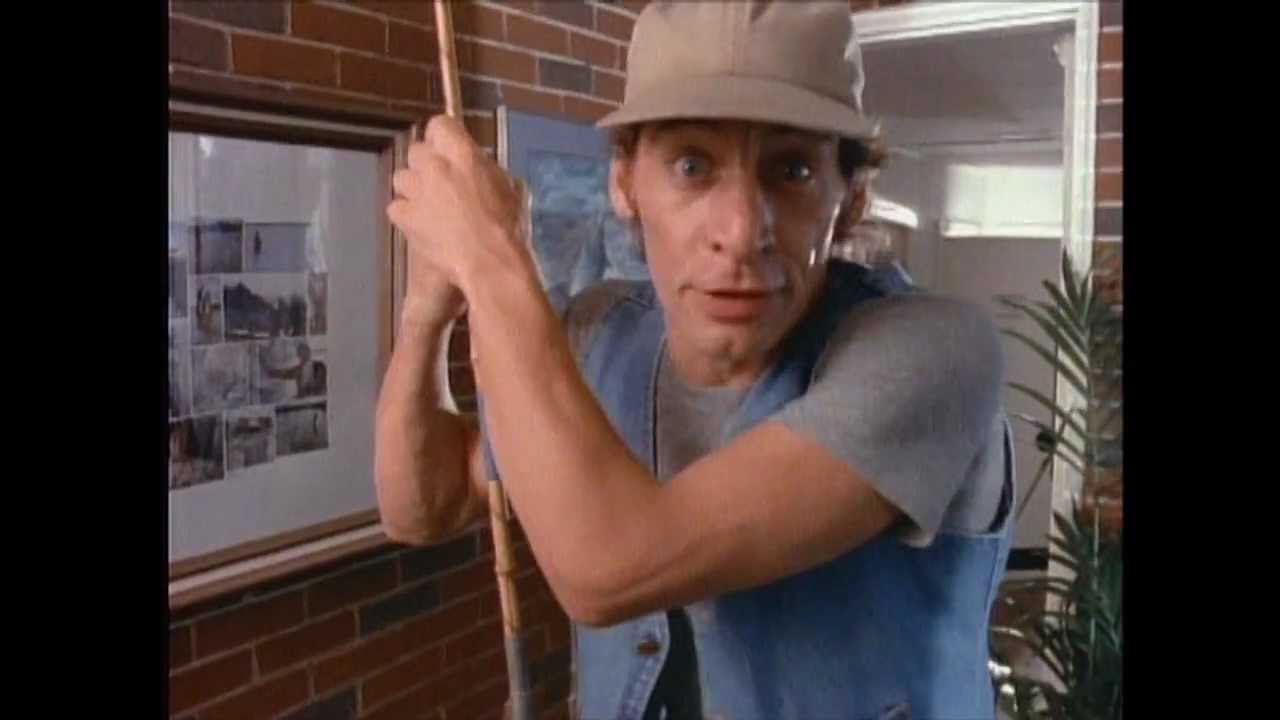 Ernest P. Worrell is a fictional character, portrayed by Jim Varney in a series of television commercials, primarily shot on digital video (a novelty at the time), and later in a television series (Hey Vern, It's Ernest!) as well as a series of feature films. Ernest was created by the Nashville advertising agency Carden & Cherry and was used in various local television ad campaigns. The only national products he promoted were The Coca-Cola Company's sodas, Chex, and Taco John's. The first Ernest commercial, filmed in 1980, advertised an appearance by the Dallas Cowboys Cheerleaders at Beech Bend Park, an amusement park near Bowling Green, Kentucky. The format of the commercials seldom varied, but were very humorous and entertaining.

The rubber-faced Ernest, almost always dressed in a denim vest and baseball cap, appeared at the door of an unseen and unheard but seemingly unwilling neighbor named Vern. The spots were structured in a way to allow the viewer to be "Vern", as Varney looked directly in the camera whenever Vern was addressed. Ernest's seemingly pointless conversations with Vern – which were actually a monologue due to Vern never responding – inevitably rambled around to a favorable description of the sponsor's product, followed by his signature close, "KnowhutImean?"  While Vern is never shown to ever say anything, it is implied that he finds Ernest to be an unwelcome pest due to him trying to slam his door in Ernest's face on a few occasions. Vern also shakes his head "No" whenever Ernest invites him to do something. Ernest, despite having good intentions, is utterly oblivious to Vern's apparent distress regarding him and always regards Vern as his closest buddy and confidant.


The Ernest ads were shot with a handheld film camera at the Nashville-area home of producer John Cherry III and Jerry Carden. As their number of clients increased, Varney sometimes did upwards of 25 different versions of a spot in a single day. Producer Coke Sams stated that Varney had a photographic memory and would read through the script one time then insert the various products names on different takes.  The commercials and the character had definite impact; children especially seemed to imitate Ernest and "KnoWhutimean?" became a catchphrase. A television series, Hey Vern, It's Ernest!, and a series of theatrically released motion pictures followed.  Although the television series won Varney a Daytime Emmy Award for his performance, the movies were not critically well-received; however, the latter were produced on very low budgets and were quite profitable. In the films, Ernest is apparently somewhat aware of his extreme resistance to harm, as in Ernest Rides Again, he seemed barely fazed by nails bending after being fired at his skull, remarking 'Good thing they hit the hard end', he also commented that he would be dead "If I wasn't this close to being an actual cartoon." In the films, to allow Varney to act out his numerous other characters, Ernest is portrayed as a master of disguise, able to pose as one of any number of relatives to get out of a predicament.

Varney in his Ernest role appeared in dozens of Cerritos Auto Square commercials for many years on Los Angeles area television stations, along with commercials for Audubon Chrysler Center in Henderson, Kentucky, John L. Sullivan auto dealerships in the Sacramento, California area, the Pontiac, Michigan-based electronics store ABC Warehouse, and the Oklahoma City-based Braum's Ice Cream and Dairy Store. In the Southeast, the Ernest character was the spokesman for Purity milk. In New Mexico, he appeared in commercials for Blake's Lotaburger. In Houston, he did commercials promoting Channel 2 News KPRC-TV. In 2005, five years after Varney's death, the Ernest P. Worrell character returned in new commercials as a CGI cartoon, created by an animation company called face2face and produced by Ernest originators Carden & Cherry. Ernest was voiced by John C. Hudgens, an advertising and broadcast producer from Little Rock, Arkansas, who also played an Ernest type character in some regional live action commercials.

Varney was a long-time chain smoker. During the filming of Treehouse Hostage in August 1998, he developed a bad cough. At first, he presumed it was a bad cold caused by the climate of the area where the movie was being made. However, as it became worse, Varney began noticing blood on his handkerchief. When filming was complete, he sought medical treatment and was diagnosed with lung cancer.

Though his condition slowly worsened, Varney reportedly quit smoking and continued to make movies. He eventually returned to Tennessee, where he underwent chemotherapy. However, he died on February 10, 2000, at his home in White House, Tennessee, a city north of Nashville, at the age of 50. He was buried in Lexington Cemetery in Lexington, Kentucky.
Image size
1280x720px 47.94 KB
See More by ButchC
Featured in collections
Funny by halconloco
Ernest P W by Jacko30
You Might Like . . .
Comments10

SpecialGuestStar
Lol not really, he doesn’t have your mustache
ReplyOct 19, 2019

ClarkSavage
Many years ago on a whim I rented a videotape of his commercials. The first few didn't provoke much reaction but by about the tenth they were hilarious. Ernest and Varney were very funny in small doses but I never saw the films or TV show.
ReplyOct 18, 2019

ButchC
When the novelty wore off...it could be a bit tough to endure....but some of the movies are genuinely funny...you just have to enter their world and go with it...but I recommend a short stay...
ReplyOct 18, 2019

ButchC
They where made on the cheap...but made money that is for sure...Jim Varney was talented to say the least...
ReplyOct 18, 2019